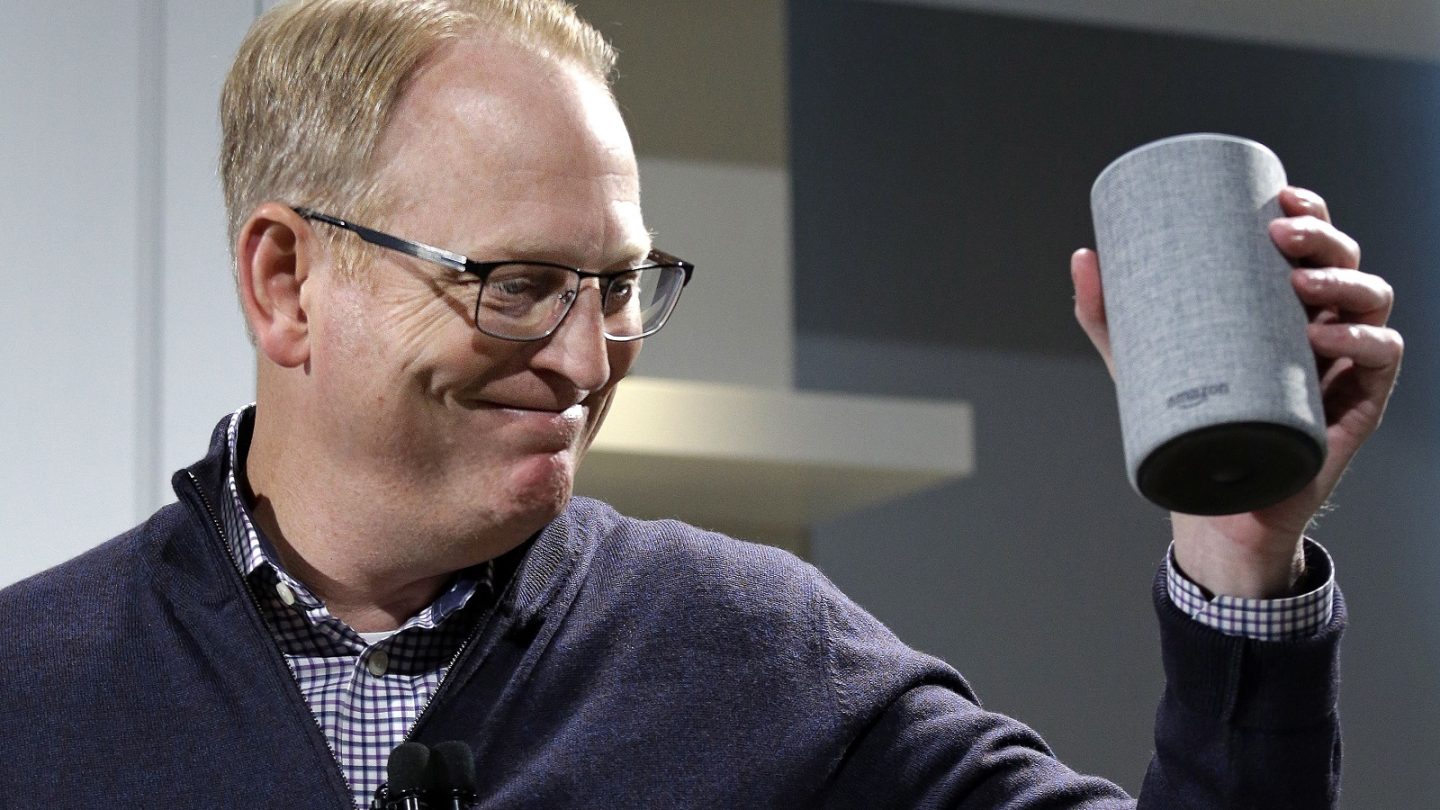 In what sounds like the beginning of an especially creepy episode of Black Mirror, Amazon Echo owners have begun to report that Alexa is laughing at them out of the blue. First reported by BuzzFeed, several Echo users on Twitter and Reddit have posted about virtually identical occurrences in which Alexa suddenly starts cackling without being told to do so by anyone. In a few cases, no one is even in the same room as the Echo.

As you can imagine, echos of laughter suddenly ringing out in one’s otherwise empty home would terrify pretty much anyone, which is why the incident has since become a Twitter Moment. This is not an isolated issue either — multiple people are having their hearts tested with Alexa’s creepy, unpredictable laughter.

Although the story has only begun to catch on in recent days, the first instance of the bug (or sign of the end times for humanity, depending on how you look at it) was shared by Twitter user CaptHandlebar last month:

Imagine hearing that from the other room when you’re the only person in your house or apartment. Based on the reports, it doesn’t seem to happen at any particular time or after any particular event. So if you hadn’t read about it, you couldn’t even really prove that it happened in the first place. I’m starting to scare myself.

Having an office conversation about pretty confidential stuff and Alexa just laughed. Anybody else ever have that?

It didn't chime as if we had accidentally triggered her to wake. She simply just laughed. It was really creepy.

The good news is that The Verge reached out to Amazon, which told the publication: “We’re aware of this and working to fix it.” No time table was provided, but I think I’m just going to unplug my Echo for the time being.

UPDATE: In an email on Wednesday evening, Amazon explained how it would fix the issue: