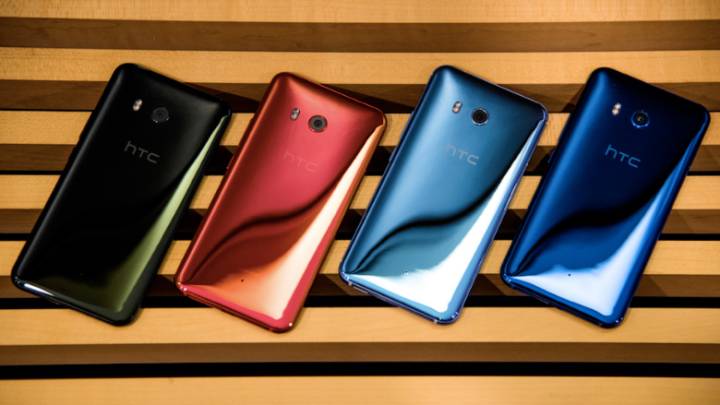 If you have an Echo Dot from Amazon, we’ve told you on several occasions about a very cool accessory from Vaux that instantly transforms it into a portable Alexa speaker. There’s even a less expensive option called the Fremo Evo, and it’s far more compact as well. The Echo Dot is a pretty awesome portable speaker, but even with the smaller Evo accessory it still won’t fit in your pocket. Of course, some day just about every Android phone will also be an Alexa phone as Amazon continues to build new partnerships that push Alexa’s reach further than ever before, and the first flagship Android phone with Alexa voice service built in was released earlier this year. Now, however, a new Alexa phone joins the fray, and it’s by far the hottest option yet for people looking to carry Amazon’s virtual personal assistant in their pockets.

The HTC U11 isn’t the most popular Android phone in the US, but it’s certainly one of the most powerful flagship devices released to date. It’s also one of the most stunning, thanks in large part to the phone’s beautiful and colorful mirror finishes. If you were looking for yet another reason to take a look at the latest and greatest HTC phone, you now have it: Alexa.

HTC on Monday announced the released of its update Alexa app for the HTC U11. This isn’t like other third-party Alexa apps, mind you. Instead, Alexa on the U11 is now integrated deeply into the phone, offering nearly every feature Alexa might offer on one of Amazon’s own first-party Echo or Tap speakers. In fact, thanks to the addition of multiple wake word support in Qualcomm’s latest Snapdragon processor, you can even say “Hey Alexa” to wake Alexa on the HTC U11, just like an Echo speaker.

“Now, HTC U11 customers will have Alexa with them at home and on the go,” Amazon Alexa VP Steve Rabuchinsaid in a press release. “Customers on the move can ask Alexa on the U11 for music and news, to cool their smart house on their way home from work, to check if they locked their front door, and to access thousands of other Alexa skills. We think customers will love the convenience of having hands-free Alexa capabilities wherever they go.”