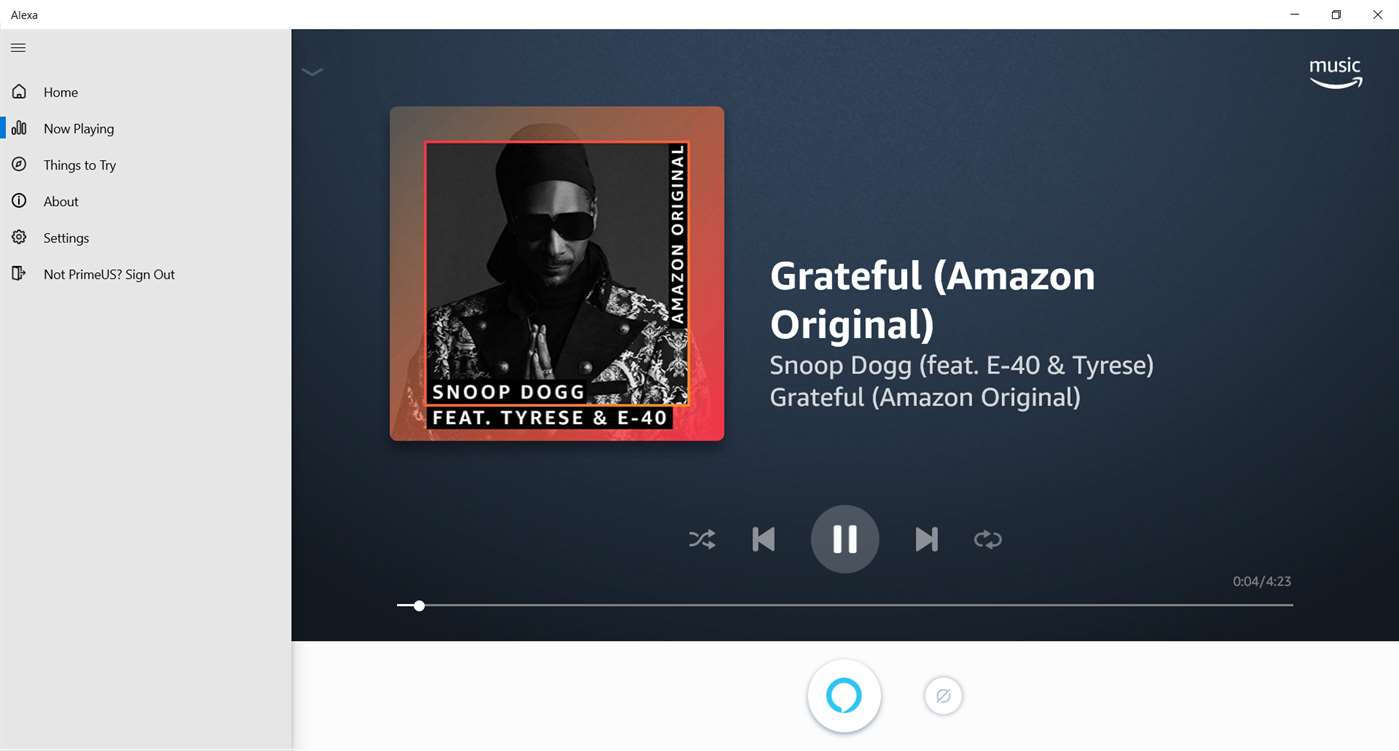 While Cortana is still technically the default voice-activated virtual assistant on Windows 10 devices, it never took off quite like Microsoft hoped it would. That has left an opening for other companies to make their case, which appears to be what Amazon is doing with its Alexa app for Windows 10. As of the most recent update, Alexa is completely hands-free, which means it will be listening “even when the app is running in the background or minimized.”

In previous versions of the app, the only way to activate Alexa was to manually push a button (unless you owned one of the few Windows 10 PC models with Alexa built in). Now, you can choose to have Alexa listen for a wake word at all times, or continue using the push-to-talk if you don’t want to activate Alexa with your voice.

Alexa has been popping up on Microsoft devices with increasing frequency in recent months. Last October, Microsoft brought Alexa support to Xbox One, partially filling the hole that was created when the Kinect was put to rest. Then, a month later, the Alexa app for Windows 10 arrived, seemingly poised to replace Cortana.

As Microsoft CEO Satya Nadella explained earlier this year, Cortana isn’t meant to be a competitor for Alexa, Siri, or Google Assistant, but rather a potential complement to the other assistants: “You should be able to use it on Google Assistant, you should be able to use [Cortana] on Alexa, just like how you use our apps on Android and iOS so that’s at least how we want to think about where it’ll go.”