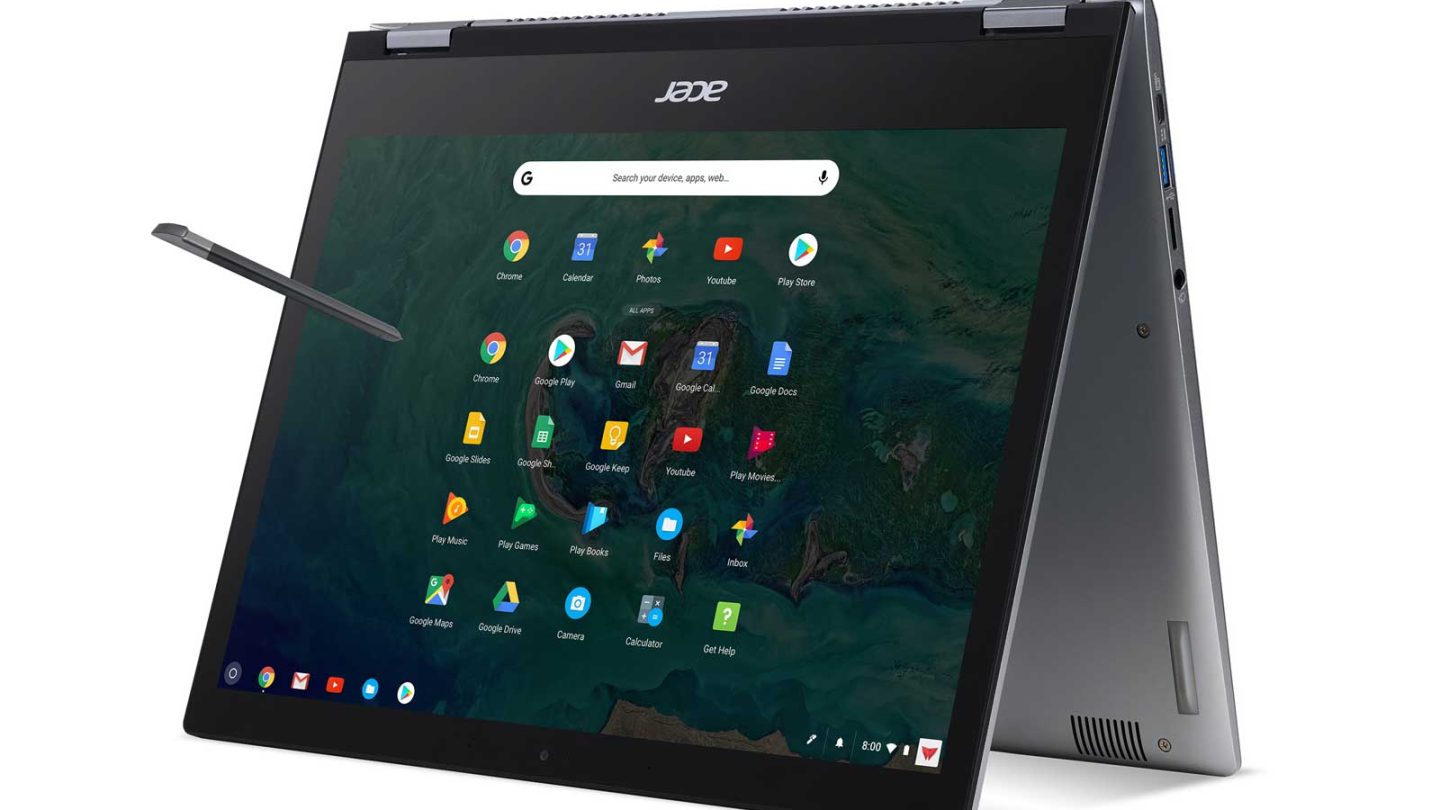 Chromebooks have a bad stigma of being super-cheap laptops for students, useful for pounding out documents or surviving in a classroom, but not for “real” work. But looking at the specs of Acer’s new Chromebook 13 and Chromebook 13 Spin, you have to throw all those assumptions out the window.

The Chromebook Spin 13, which is the star of the four Chromebooks Acer announced today, has the kind of specs that we’re used to seeing from a $1,500 laptop from Apple or Razer. There’s a 3:2 ratio 2256 x 1504 IPS touchscreen display that pivots, your choice of Intel Core i3 or Core i5 battery, up to 16GB of RAM, and a “100% metal” chassis. It also manages to fit two USB-C ports for data or charging, and a USB-A port so that you don’t have to go buy all-new flashdrives.

Those specs are a big step up into a more premium world for Acer. Thus far, the company’s Chromebooks have mostly hovered around the $300-$400 range, and had the kind of plasticky construction and Intel Celeron processors that always adorn more affordable machines. Although Acer hasn’t announced a price yet, I’d expect the Chromebook Spin 13 to be well upwards of $500, given that the equivalent Google Chromebook Pixel is around $1,000.

Acer also announced a non-convertible version, the Chromebook 13. It loses the touchscreen and convertible hinge, but adds the option for Intel Pentium and Celeron processors, which will presumably lower the price significantly. There’s two 15-inch models, the Chromebook 15 and 15 Spin, which are (optionally) non-touch and touch respectively. Both come with Pentium or Celeron processors and a max of 8GB of RAM, and will presumably be the budget models of the new lineup.