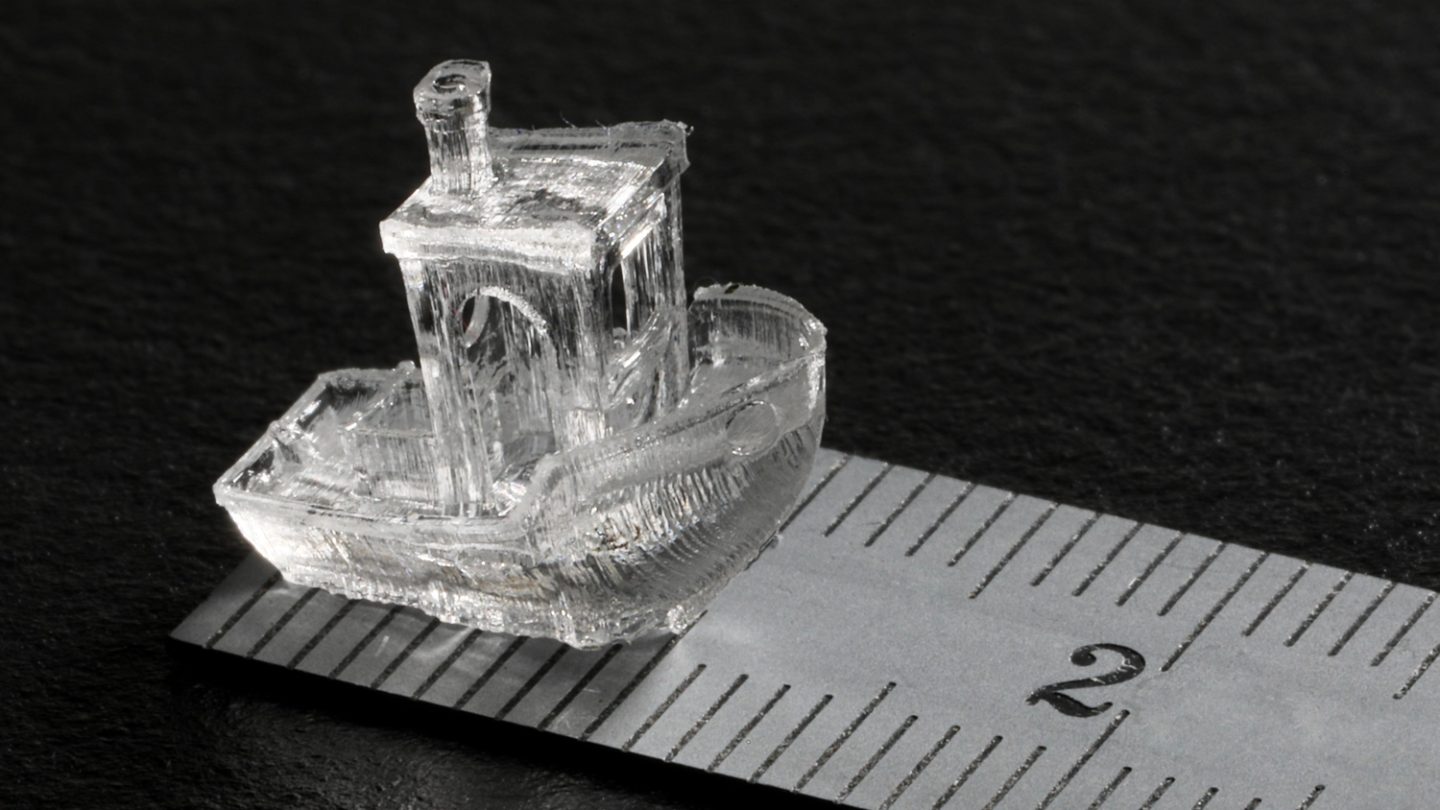 Researchers may have just figured out completely transform fields like medicine and biology, thanks to an innovative new 3D-printing technique that could be used to produce objects ranging from tissue to organs, mouthguards, and hearing aids — all in a matter of seconds.

It’s the result of a new technique developed by researchers at the Laboratory of Applied Photonics Devices within Switzerland’s Ecole polytechnique fédérale de Lausanne. The technique starts with a translucent liquid, and slowly the object begins to take shape in a small, spinning container. The team says this method can be used to produce small objects “with unprecedented precision and resolution” in only a brief amount of time — less than 30 seconds, from start to finish. Details about the technique have been published in the journal Nature Communications, and a spinoff of the laboratory called Readily3D has been established to commercialize this technique.

Obviously, medicine could be a clear beneficiary of this new approach to 3D printing.

“Conventional 3D printing techniques, known as additive manufacturing, build parts layer by layer,” Readily3D CEO Damien Loterie explains. “The problem is that soft objects made that way quickly fall apart.” The great thing about this new method is that the process can be used to make “cells” for objects that can apparently develop in a pressure-free 3D environment, and Loterie says the researchers have already worked with a surgeon to test the use of this technique to 3D-print a set of arteries. The result? “Extremely encouraging,” according to Loterie.

To produce the objects, the 3D printer shoots a laser through translucent gel that’s either a biological gel or liquid plastic. The process unfolds similar to the way in medical imaging whereby models of objects are built from surface scans. Right now, this technique can be used to make a two-centimeter structure with about the same diameter as a strand of hair — but the researchers are hopeful they can use this to quickly build bigger objects over time. “The laser hardens the liquid through a process of polymerization,” says Readily3D CTO Paul Delrot. “Depending on what we’re building, we use algorithms to calculate exactly where we need to aim the beams, from what angles, and at what dose.”