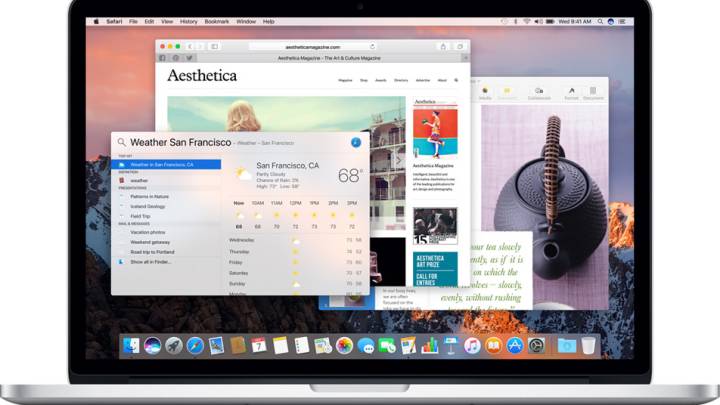 Both Microsoft and Apple launched brand new laptops this fall, a revamped Surface Book and the 2016 MacBook Pro. The latter received plenty of criticism for Apple’s “courageous” design decisions, but it still set pre-order records for Apple.

However, it turns out that Microsoft has apparently also benefited from Apple’s design choices, because the company says the brand new MacBook Pro drove plenty of MacBook owners to the Surface instead.

“Our trade-in program for MacBooks was our best ever, and the combination of excitement for the innovation of Surface coupled with the disappointment of the new MacBook Pro – especially among professionals – is leading more and more people to make the switch to Surface,” the company said in a blog post. “It seems like a new review recommending Surface over MacBook comes out daily. This makes our team so proud because it means we’re doing good work.”

Microsoft did not offer any numbers to support its case.

The company offers up to $650 towards a Surface Book or Surface Pro 4 to existing MacBook Pro buyers who trade in their old latops. On top of that, Microsoft and its partners offered various Black Friday promotions to customers looking for new hardware this year. Apple, meanwhile, did not include the 2016 MacBook Pro in its Black Friday sale.

Microsoft also said that November was its best month ever for consumer Surface sales. “The Best Buy-exclusive Surface bundle sold out on the first day. The momentum was seen worldwide. In the UK, we had the best single week for Surface ever, and in Germany, the Surface Pen became the best seller in PC Accessories on Amazon.com for over 12 hours,” Microsoft said.

Microsoft may take hits at the competition, but the 2016 MacBook is still one of the best laptops money can buy this year, in spite of criticism. That doesn’t make the new Surface Book any less attractive though. In fact, if you’re looking for a high-end notebook, these two should be at the top of your short list this Christmas season.