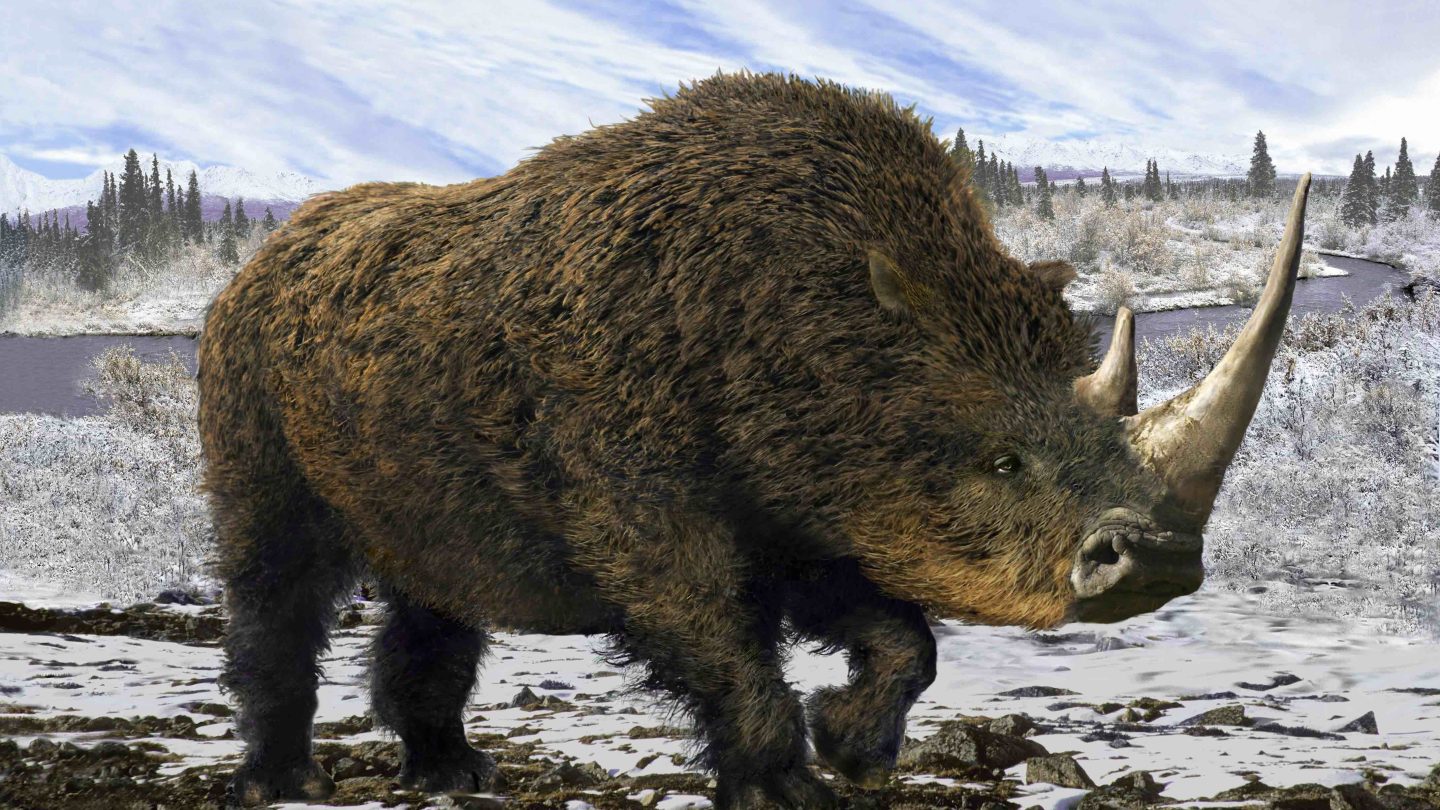 Humans get blamed for a lot and that’s because, most of the time, we’re messing things up. When researchers studying the extinction of the ancient woolly rhino found evidence that our human ancestors were fond of hunting them, they assumed that, yet again, humans had pushed a species to extinction.

As it turns out, that might not be the case. The woolly rhino is still gone — there’s no changing that, yet — but a new study suggests that humans aren’t the reason for its demise. With samples of DNA from over a dozen woolly rhino remains, researchers have been able to pinpoint the true culprit: climate change.

In a new study published in Current Biology, scientists reveal that, based on the DNA sampling, it seems that the genetic variety of woolly rhino populations was robust right up until they were wiped out, which shoots down the theory that they were hunted down to ever-decreasing numbers. Additionally, more accurate dating of the human influx into Siberia places our ancestors in the region far later than was previously assumed, meaning that the arrival of humans and the extinction of the rhinos no longer lines up nicely.

The demise of the woolly rhino as a species came rapidly, rather than a slow decline as is often the case when humans hunt an animal to the brink of collapse. Rather, it appears that the extinction of the animals may match up well with a heatwave that struck the Earth as the ice age was wrapping up. Average temperature changes of nearly 20 degrees are thought to have rocked the planet over the course of just 30 years or so, which would have had an extreme impact on animals suited to living in much more frigid environments.

This change may have had a dramatic impact on the kinds of plants that were abundant in areas where woolly rhinos called home, severely limiting their food supply and causing extreme stress on the population.

“The population contraction leading to extinction of the woolly rhinoceros may have thus been sudden and mostly driven by rapid warming in the Bølling-Allerød interstadial,” the researchers write. “Furthermore, we identify woolly rhinoceros-specific adaptations to arctic climate, similar to those of the woolly mammoth. This study highlights how species respond differently to climatic fluctuations and further illustrates the potential of palaeogenomics to study the evolutionary history of extinct species.”

So while it might be good news that ancient humans didn’t wipe out the species, it seems the world itself changed too rapidly for the woolly rhino to adapt. RIP the woolly rhino.