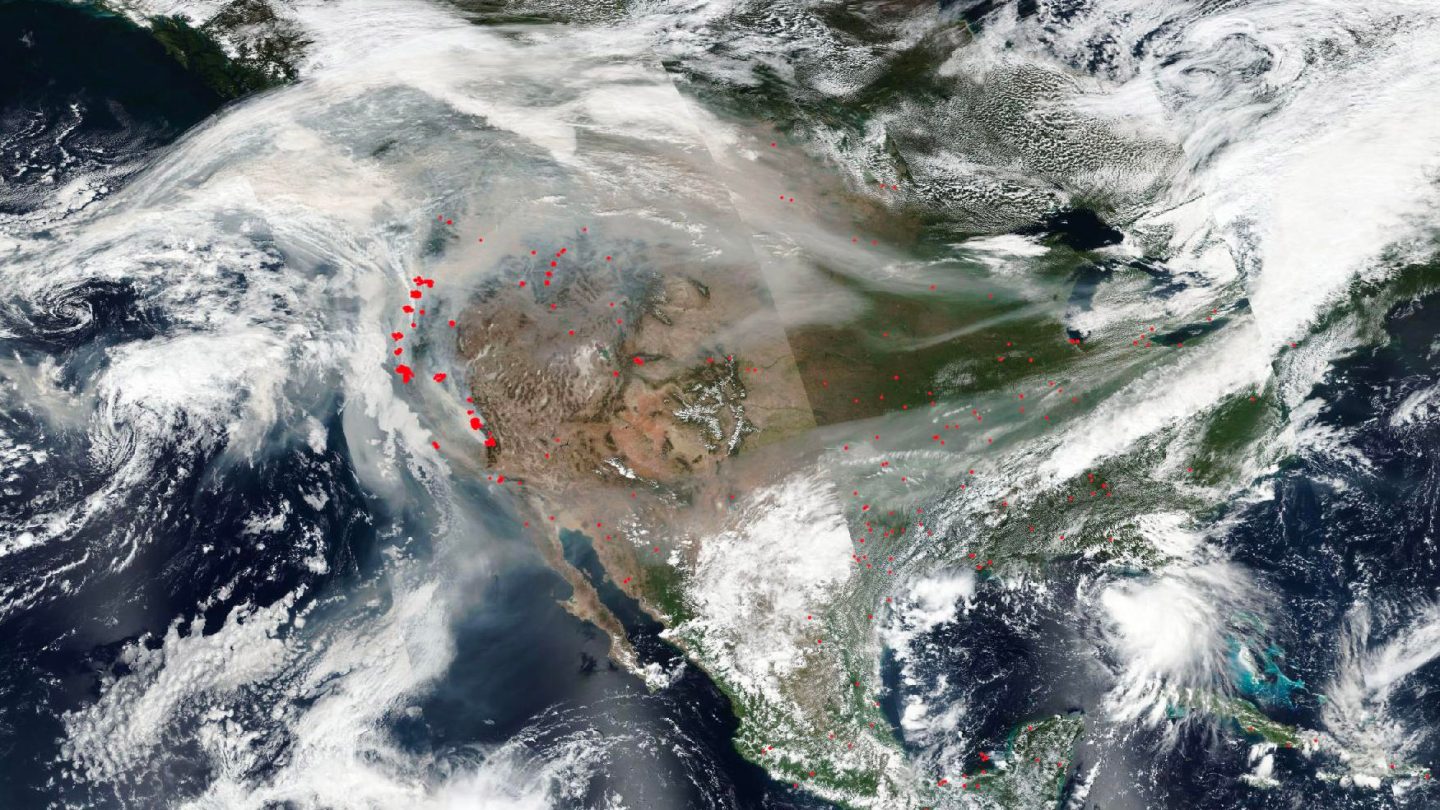 If you live in the United States there’s a really, really good chance that your skies look a bit unusual right now. For example, the forecast called for a nice, sunny day here in my sleepy little town in Wisconsin. It’s true, there’s not a cloud in the sky, but to call it “sunny” would be a massive overstatement. Instead, the sky is a bright off-white and even takes on a pink/orange hue at times.

So, what’s going on? Wildfires, that’s what. The wildfires that are raging along the West Coast of the US are spewing an incredible amount of dust and smoke high into the air. It gets caught up in the natural flow of high-level winds and carried for hundreds or even thousands of miles.

NASA has been monitoring the movement of the smoke, as it could pose a threat to air quality and health. The space agency’s powerful satellites are really great at peering into space, but its Earth-pointed hardware is just as skilled when it comes to tracking things like massive smoke clouds sweeping across a continent.

Here’s what NASA says of the image above:

NOAA/NASA’s Suomi NPP satellite captured two recent images of the United States and both images show that the winds have changed yet again, blowing the smoke from western fires back to the East and crossing the continental U.S. Along with the smoke, small particles suspended in the air (aerosols) are also moved along the jet stream and bring hazardous air quality across the country. The image … shows the entire United States and the shroud of smoke that hangs over the majority of it.

At an altitude of thousands and thousands of feet, most of the smoke and other fine particles aren’t a threat when you see them so high in the sky. However, all that material has to come down somewhere, and after it’s done making our skies look weird for a while, there’s no telling whether it’ll end up settling over land or the sea.

At present, there are a total of 42 fires still raging in California right now. Some are largely contained, while others have consumed hundreds of thousands of acres and are still largely uncontained. The August Complex fire group, for example, has already consumed nearly 800,000 acres and has been burning for a month. It remains just 30% contained, meaning that it’s going to continue to burn for a while longer.

So, even if you don’t live anywhere near the West Coast, seeing your sky turn a muddy white should be a nice reminder that we’re still not doing enough to combat climate change. Do your part, and encourage others to do theirs.