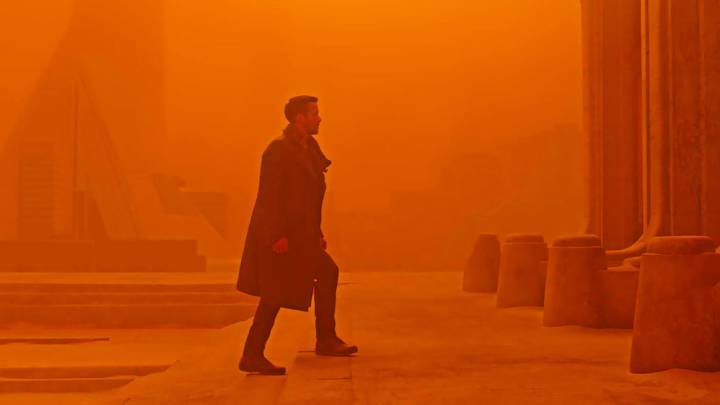 As wildfires continue to rage in California, clouds of smoke and ash have drifted all over the state, and the Bay Area was impacted severely this week. Twitter became flooded with images captured mostly on Wednesday evening showing an incredibly creepy orange hue to the sky and a thick haze covering just about everything. It’s pretty scary, but check it out and try not to think the world is ending.

Here are some of the best and most terrifying images from Twitter:

Eli Harik wears a mask while gazing at the Bay Bridge and heavy orange skies due to nearby wildfires hanging over San Francisco on Wednesday, September 9 @sfchronicle pic.twitter.com/B2wahjkeRw

People really don’t know what to do right now. Everyone on the Embarcadero is stopping to record the sky and chit chatting in a way I haven’t seen since pre-pandemic @sfchronicle pic.twitter.com/ueKQ4g7WTD

It’s obviously an incredibly eerie and disturbing scene, and as some San Francisco residents noted, it’s led to a strange vibe around the city. It’s such a bizarre sight that people can’t help but stop and stare, and it really does look like something out of a post-apocalyptic science fiction flick.

There are currently dozens of fires that are continuing to spread across California, with at least 43 individual blazes requiring the attention of fire crews and officials. Many have consumed thousands of acres, but some have destroyed so much more.

The photos do the fires justice, but this combination of Blade Runner 2049 music with drone footage of San Francisco on Wednesday is truly haunting:

If you live in any area of California that is currently experience an encroaching wildfire, stay on top of its spread using local news resources. The Los Angeles Times has a great live map that tracks active fires and the progress being made in fighting them. It also tracks beaten fires, so hopefully, we’ll be seeing a whole lot more of those in the near future.

Oh, and by the way, if you were searching for another reason to do something about climate change, this is a very big one. Wildfires due to dramatic dry seasons in the United States, Australia, and other countries have been directly linked to the changing world climate.