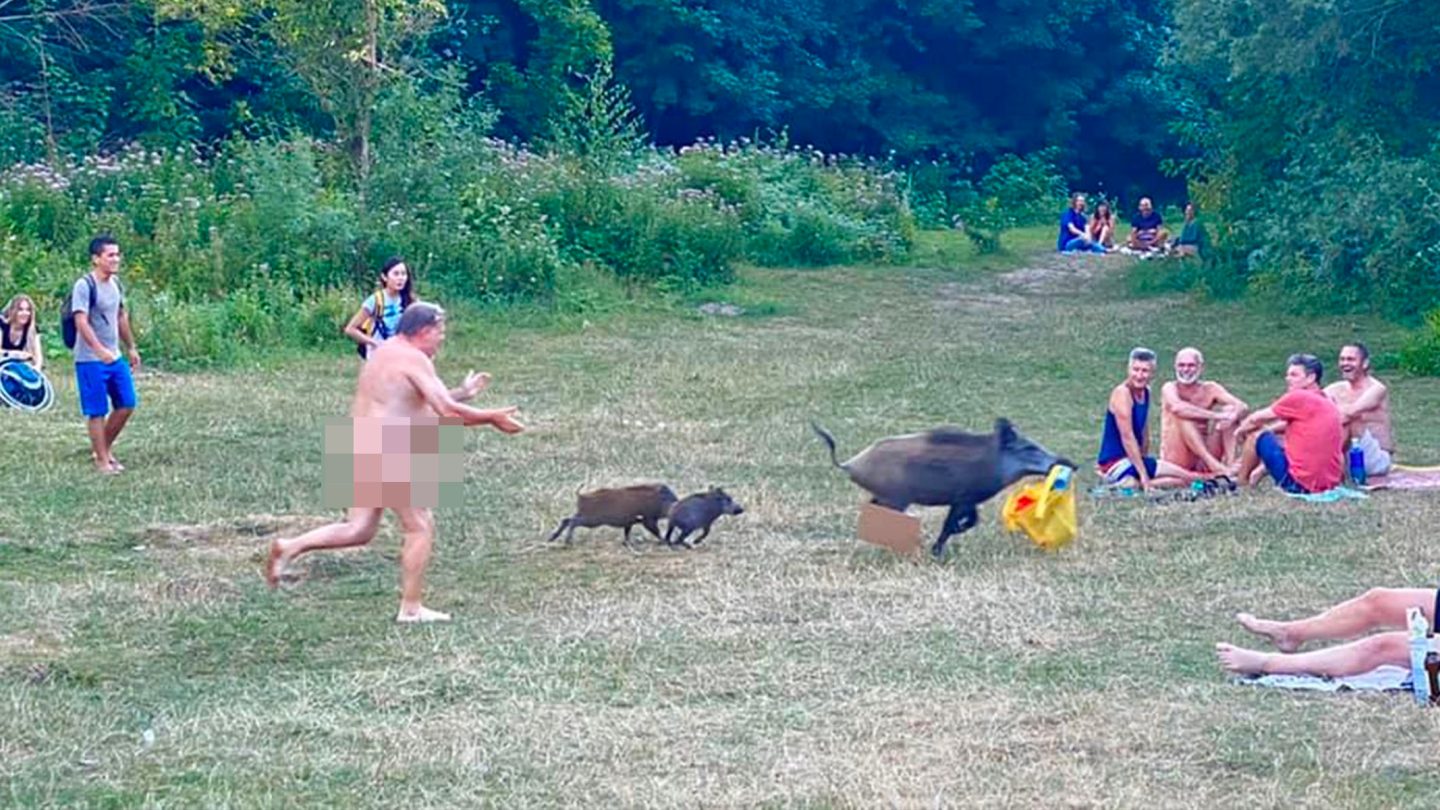 Wild boars and humans don’t normally mix well. The animals can be incredibly aggressive, depending on where you encounter them, and they can be fiercely protective of their young. A family of wild boars in Berlin is now the subject of a media frenzy after local officials called for their removal and potential extermination.

The boars were already well known to visitors of a bathing resort near Teufelssee Lake, but they became famous when they stole the belongings of a nude sunbather and caused an incredible scene. A boar nicknamed Elsa snatched up a bag and laptop from the naked man, and when a photographer caught him in hot pursuit of the animals, the image became an instant classic.

The man eventually recovered his belongings and appeared not too upset with the events that unfolded, but that didn’t stop local authorities from suggesting that the pigs be killed in order to prevent further interaction with humans. As you might expect, the now-famous animals have gained a lot of support, and a Change.org petition calling for their safe relocation has topped 6,000 signatures as of this writing.

As Guardian reports, those that are organizing the petition claim that the boars have been around for a long time, and rarely cause any trouble. “There has been absolutely no account taken for the fact that this sow has peacefully shared her living space with bathers for years,” the group says. “This wild boar has earned the right to live.”

The fate of the sow and her young have not yet been decided, but even if authorities wanted to kill Elsa off right now, they couldn’t. Law protects the killing of wild boars during this time of the year, especially when they are caring for young, as Elsa is.

All-in-all, it doesn’t appear that the boar family has done a whole lot wrong here, and certainly not enough to warrant extermination. Sure, they stole a naked guy’s laptop, but did you see that photo? It’s probably one of the funniest things anyone in that park had seen in a long, long time. In fact, I’d argue that perhaps the city should pay the boars for the free entertainment they are providing.

In 2020, we can use all the fun news we can get, and these boars are providing that. Someone should start a GoFundMe to set up a nice little enclosure for them in the area where they can come and go at their leisure, bringing smiles (and stealing electronics) wherever they go.