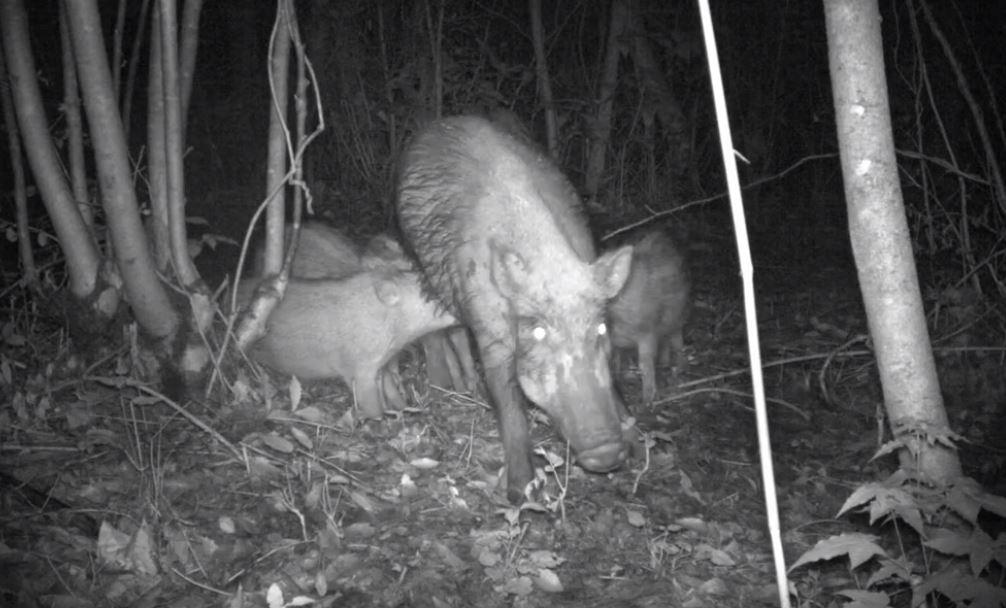 When an earthquake and tsunami hit Japan in 2011, the Fukushima Daiichi Nuclear Power Plant suffered what is considered the worst nuclear accident since the historic Chernobyl disaster. As with Chernobyl, the risk increased nuclear radiation in the area immediately surrounding the failed plant forced officials to set up an exclusion zone to prevent further casualties.

Unless you have a very special reason for needing to be inside the exclusion zone, humans aren’t allowed, but nature? Well, that’s another story. A new study in Frontiers in Ecology reveals that not only is the exclusion zone far from the “wasteland” you might imagine it to be, it’s actually teeming with wildlife.

As Earther reports, a research team set up a whopping 120 cameras in the Fukushima exclusion zone that were set to trigger based on movement. They ran the cameras for two-month stretches at two different times of the year. By the time the survey was completed, over 267,000 images were captured, which meant there was plenty for the researchers to sift through.

As you can see from the brief collection of clips the researchers packed into the video above, there’s a whole lot going on in this new, human-free area of Japan.

The researchers explain what these findings mean:

We found no evidence of population- level impacts in mid- to large- sized mammals or gallinaceous birds, and show several species were most abundant in human- evacuated areas, despite the presence of radiological contamination. These data provide unique evidence of the natural rewilding of the Fukushima landscape following human abandonment, and suggest that if any effects of radiological exposure in mid- to large- sized mammals in the Fukushima Exclusion Zone exist, they occur at individual or molecular scales, and do not appear to manifest in population- level responses.

Put simply, the animals appear to be doing exactly what they would be if humans left them alone, even in the wake of elevated radiation levels. If the animals are experiencing any effects from the radiation, those effects aren’t obvious, and the animal populations seem to be doing just fine.