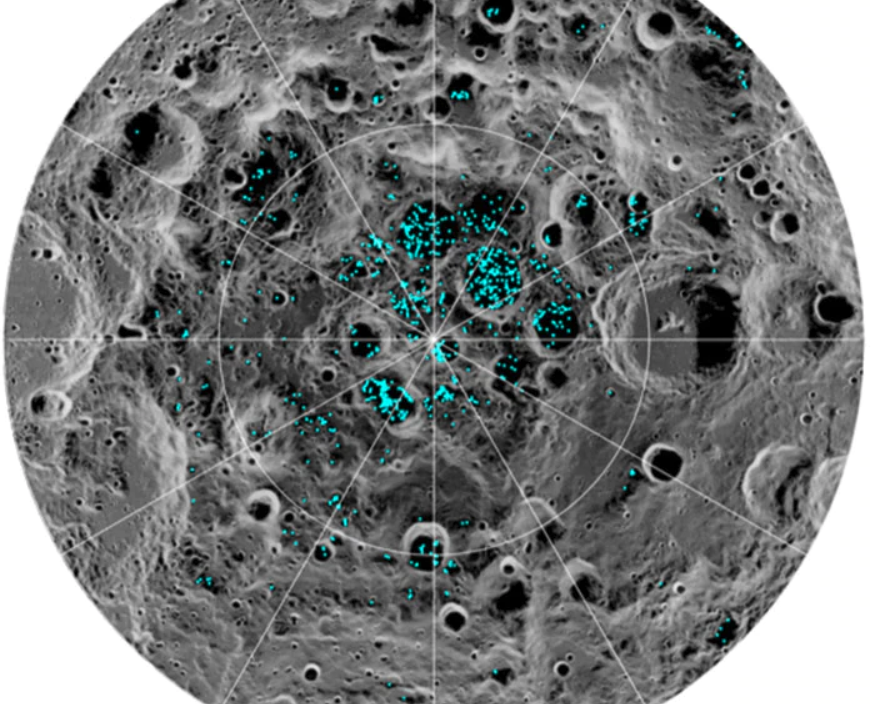 The Moon has captured the hearts and minds of humans for, well, pretty much as far back as we know. It appears each night like a trusty friend, and it’s easy to see why, in the ages before space travel, mankind wondered what was really up there. It’s now been nearly a half century since man walked on the lunar surface, but it seems the Moon still has a few secrets to uncover.

Scientists studying the data from NASA’s Moon Mineralogy Mapper have been able to determine with certainty that there is water on the Moon. The water, in the form of ice, is located on the Moon’s poles. It’s scattered around in small pockets, hiding within craters created during impacts long ago, and the ice is likely very, very old.

The ice was discovered thanks to India’s Chandrayaan-1 spacecraft which was sent into space a full decade ago. The instruments on board were able to detect the ice by studying the way light interacted with it on the lunar surface. By closely studying the way that light bounced off of a material, researchers can determine a lot about it, and in this case it was easy for the spacecraft to see the difference between the ice and the surrounding surface.

This discovery is important for a number of reasons. No, NASA doesn’t imagine we’ll find any evidence of life frozen within the ancient ice, but that doesn’t mean it’s not worth investigating. As various space programs around the world begin to ramp up their efforts to explore other bodies, the Moon is likely to become a prime destination not only for research but also as a jumping-off point for missions headed deeper into the Solar System.

The possibilities of a lunar base of some type are very real, and if there’s already water (albeit frozen) on the Moon’s poles, it could potentially be used as a resource for future missions. Neil Armstrong may have been the first human to walk on the Moon, but who will be the first to drink a glass of Moon water?