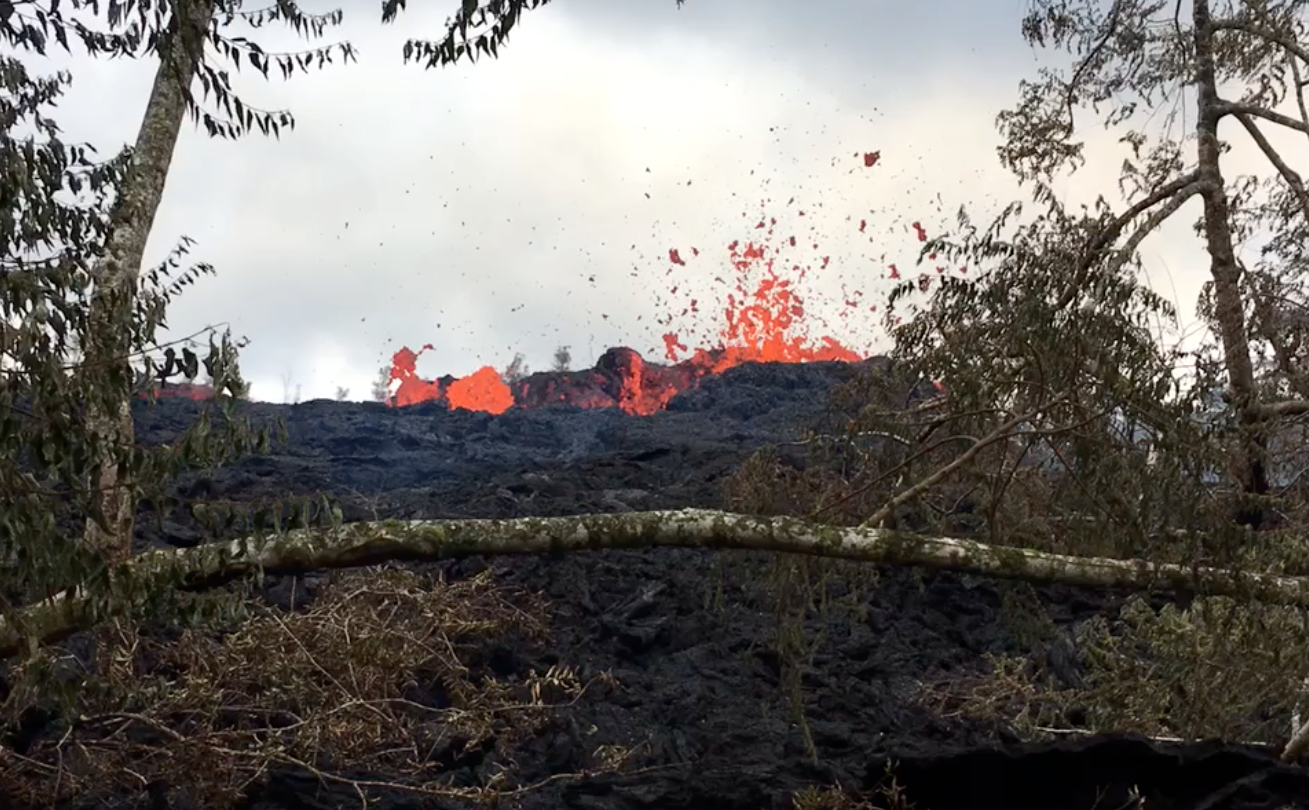 When Hawaii’s Kilauea volcano erupted on the state’s Big Island earlier this month it started off pretty mild. Initial reports stated that the lava bubbled up out of large fissures that had developed in the ground near a residential area, but the spattering and flow was so slow-moving that it didn’t make it more than a few yards before cooling off.

That quickly changed, however, and the slow-moving flood of lava eventually crept into neighborhoods and took down homes and vehicles as it swept across the landscape. Day and night, the lava continued to ooze out of the cracked Earth, and it’s added up in a big way. A new video shot by drone near the Leilani Estates where the fissures formed shows the extent of the damage in a whole new way.

The video, shot by Jeremiah Osuna and posted to Facebook, reveals the scale of the lava flow and makes it very clear why mandatory evacuations were issues for the area despite the initial eruption being rather mild. Cooled lava now covers a huge stretch of road and has wiped out a massive area, burning everything to a crisp. Towers of smoke and ash continue to rise in the distance, revealing that the destruction has not yet ceased.

According to the latest report from the Hawaiian Volcano Observatory, issued on Sunday, May 13th, the flow has not yet stopped.

“Eruption of lava continues from the northeast end of the active fissure system,” the statement reads. “As of late today, activity was dominated by lava fountaining, explosion of spatter bombs hundreds of feet into the air, and several advancing lava flow lobes moving generally northeast from fissure 17 at the downrift (northeast) end of the new fissure system. As of about 7 pm, one lobe was 2 yards thick and advancing roughly parallel to Highway 132. The flow front was just over a half mile southeast of the intersection of Highway 132 and Noni Farms Road.”

The many different cracks that have formed during the eruption are making tracking the progress of the flows especially challenging, forcing officials to monitor many different locations simultaneously to determine who needs to be evacuated and where the lava might head in the days to come. Additional fissures may still form in new areas as well, further complicating things.