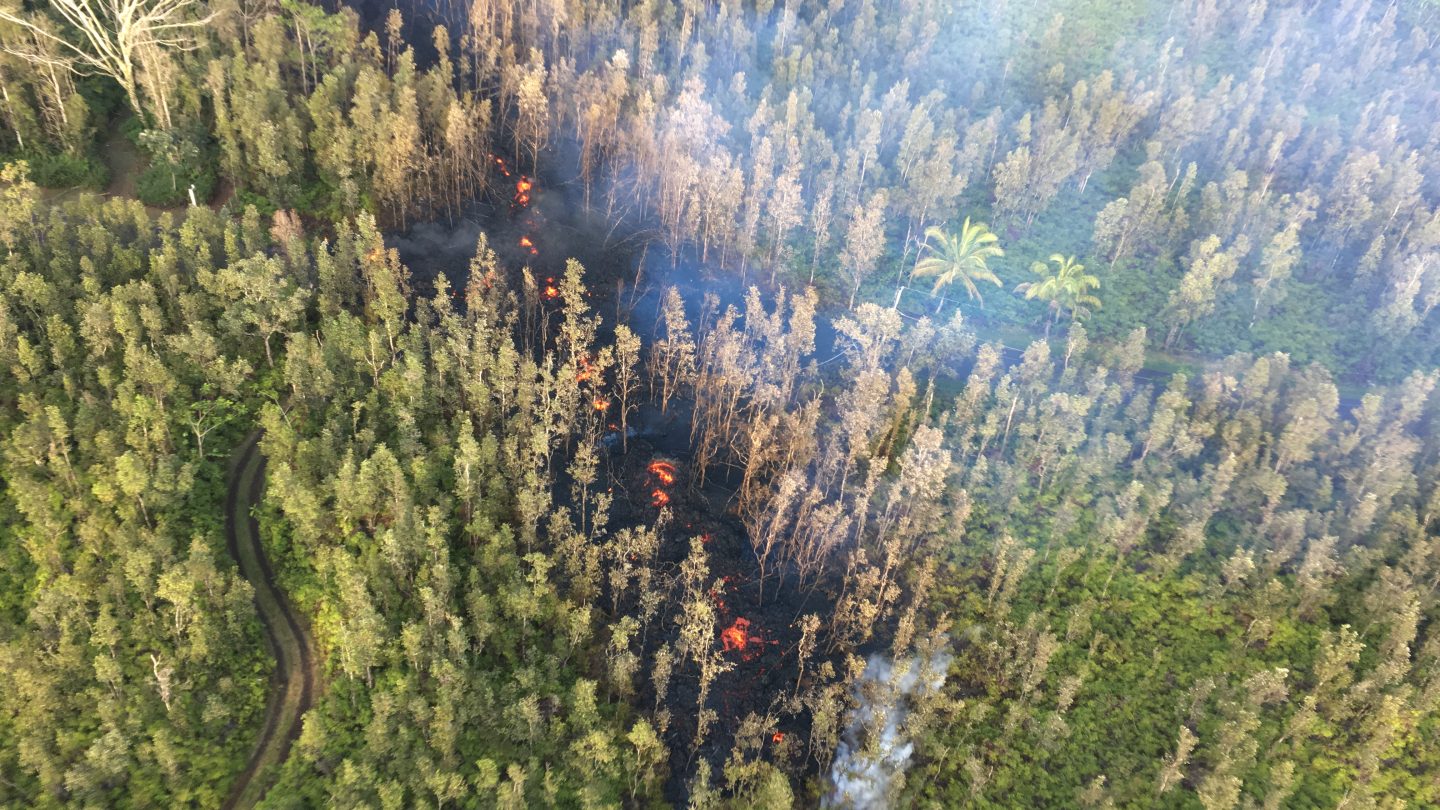 Hawaii’s Kilauea volcano erupted overnight, causing molten rock to flow into a residential area and prompt the evacuation of hundreds of homes. A large fissure opened near the subdivision known as Leilani Estates, causing lava to bubble up and seep out of the ground. The lava didn’t make it far from the site of the eruption, but when we’re talking about molten rock it’s always better to be safe than sorry.

The eruption comes in the wake of some moderate earthquake activity in recent days. Hundreds of quakes were detected by the US Geological Survey on Hawaii’s Big Island (thats where Kilauea is), reaching a peak of magnitude 5 on Thursday morning. By late afternoon Hawaii time, the fissure had formed, and lava began to splatter the surrounding area.

“A fissure about 150 m (492 ft) long erupted mostly spatter and intermittent bubble bursts for about 2 hours,” the Hawaii Volcano Observatory said in a statement. “Lava did not travel more than a few m (yards) from the fissure. Hawaii County Civil Defense is coordinating needed response including evacuation of a portion of the Leilani subdivision. USGS Hawaiian Volcano Observatory deployed geologists to the eruption site overnight, and other scientists are monitoring various data streams telemetered to the observatory 24/7.”

The eruption prompted a warning to be issues for Kilauea. It’s an orange level warning, which is the second highest and is characterized as “Volcano is exhibiting heightened unrest with increased likelihood of eruption, or, Volcanic eruption underway with no or minor ash emission.”

There have been no reported casualties from the eruption, thanks largely to the fact that the lava flow was very slow-moving and halted before causing major damage to populated areas.

In the days leading up to the eruption, new cracks in the ground appeared on paved roadways near the Leilani subdivision. Residents noted that no heat or steam was being emitted from the cracks, but it was pretty obvious that the cracks were forming due to pressure from magma building up underneath.