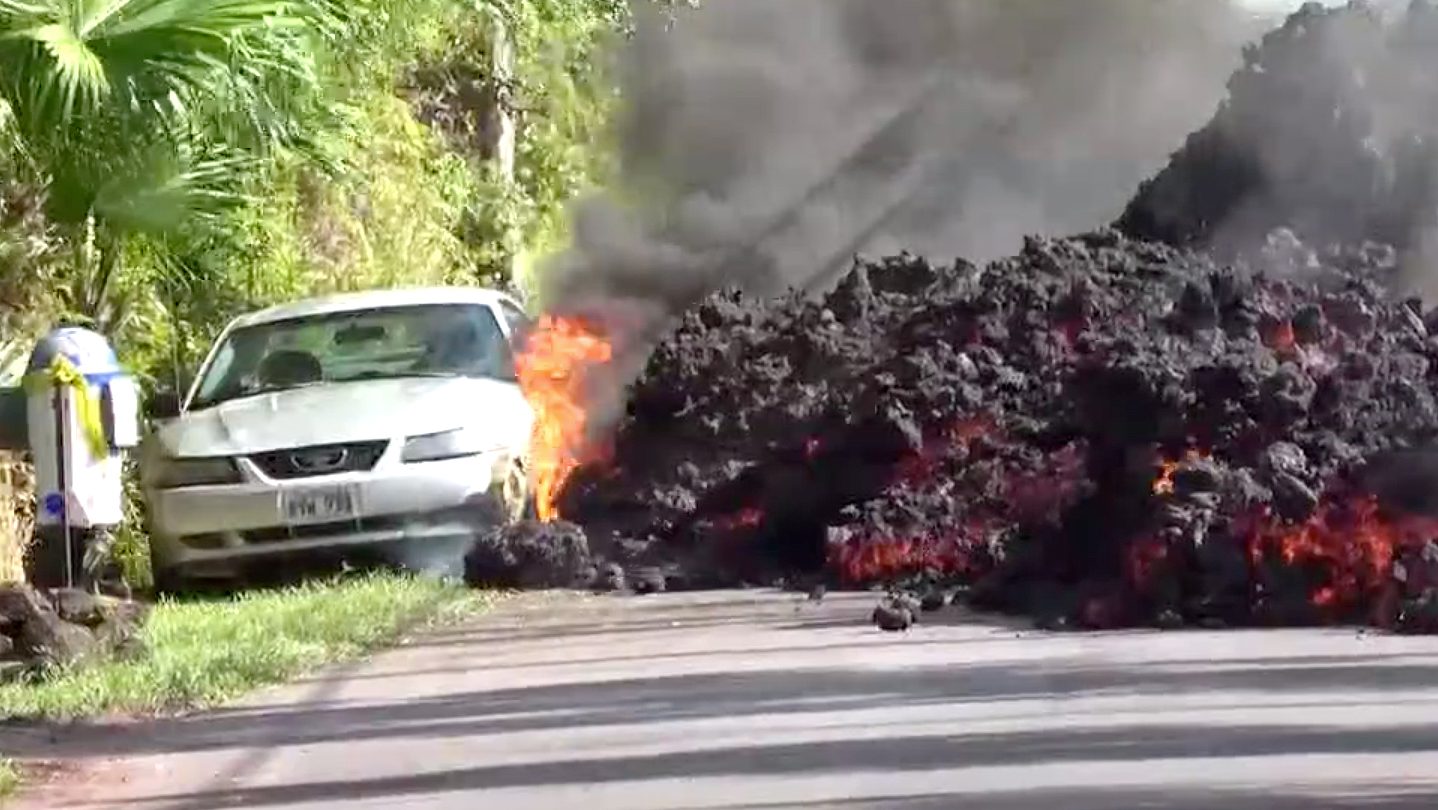 Late last week, Hawaii’s Kilauea volcano erupted, spewing lava from a massive crack in the ground near a residential subdivision. It wasn’t entirely unexpected, as the eruption was preceded by several small earthquakes and large bulges had formed in the ground where the Earth eventually cracked open. Nevertheless, many residents were forced from their homes as the lava slowly poured from the gap, and new time lapse footage of one unfortunate abandoned car being swallowed up gives you a good idea of a worst-case scenario.

The original video, which was posted by a man named Brandon Clement, shows the liquid rock flowing through a fence before crossing a residential road and then engulfing a Ford Mustang as it sits helplessly on the side of the road. The area had already been under evacuation orders for some time, so it’s likely that the car’s owner was long gone by the time the lava reached his home and vehicle.

This isn’t the kind of rapid, utterly devastation eruption that many people imagine when they think the dangers of living near a volcano, but it can be just as tragic for those living nearby. You obviously can’t pick up and move an entire house at a moment’s notice, and while this unlucky Mustang may have been saved with a bit better planning, the homes in the path of the lava flow will be destroyed just the same, regardless of the speed of the eruption.

Those living near Kilauea are still under an orange warning, which is the second highest alert associated with volcano eruptions. According to the most recent information from the Hawaii Volcano Observatory, the lava flow has progressed over half a mile from the fissures, with additional intermittent eruption activity expected to continue.

It’s unclear at this point just how dire the situation will get, but officials are being proactive in their evacuation efforts to ensure that no lives are lost as a result. For now we know of one definite casualty: a silver Ford Mustang. Oh, and that fence and telephone pole.