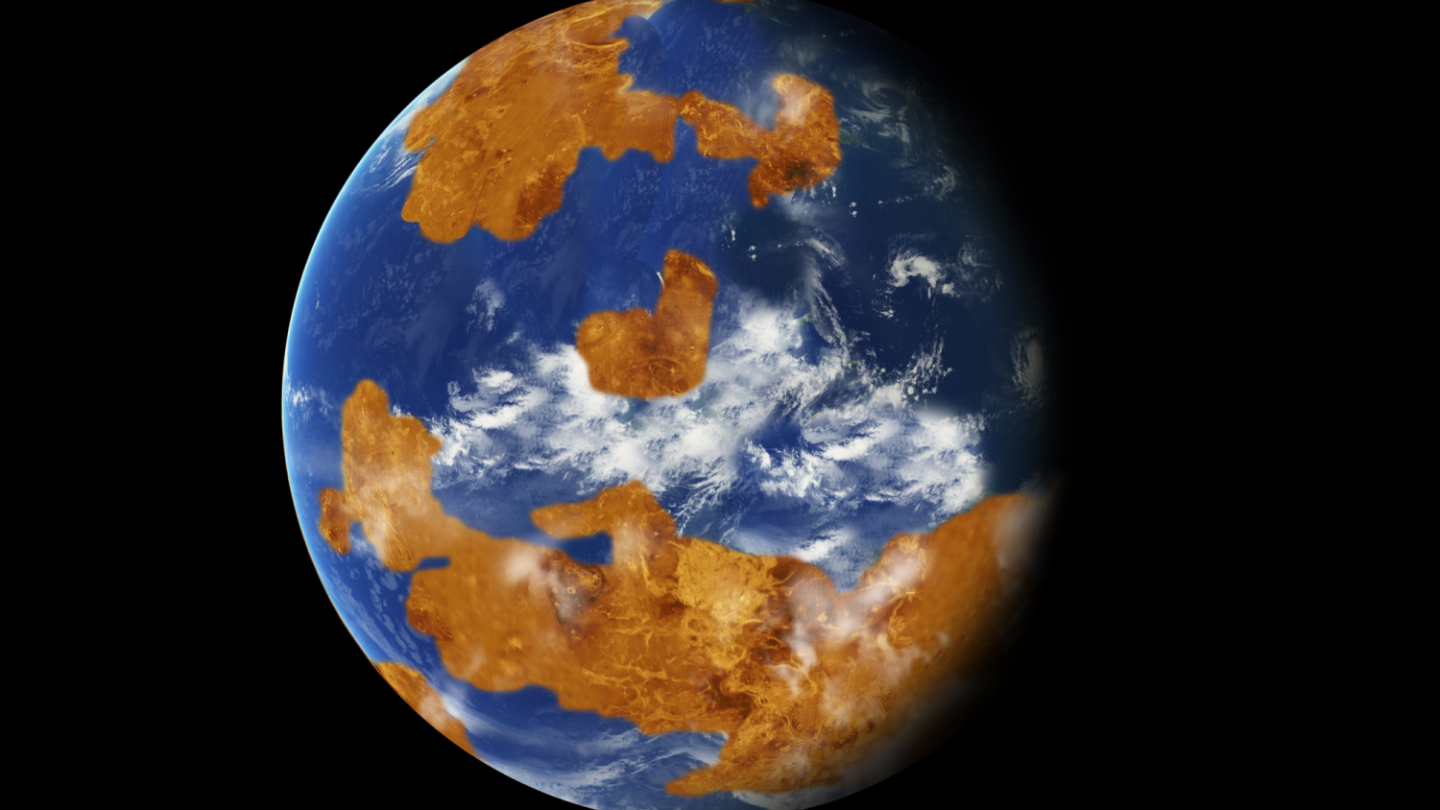 Today, the planet Venus is incredibly hostile to life as we know it. With surface temperatures near 500 degrees Fahrenheit and a thick cloud layer of sulfuric acid, you wouldn’t last long if you visited, but things may have been very different a few billion years ago.

A new study by researchers at NASA’s Goddard Institute for Space Science suggests that the Venus we see today is a far cry from what it looked like two to three billion years ago. Past observations of the planet that revealed the possibility that an ocean once covered much of its surface, but scientists remained unsure if that meant the planet was once habitable. Now, new computer models show that a habitable Venus was not only possible but likely.

Based on the most accurate models of the planet available, the researchers ran simulations using different volumes of water on the surface of Venus. The idea was to test how long a surface ocean could last, depending on how much liquid water was present and the temperature.

Surprisingly, the team found that in each of the five hypothetical scenarios they simulated, the planet could have maintained temperatures suitable for life for billions of years. Venus, the researchers say, may have had Earth-like temperatures and a surface a lot like that of our own planet. That is, until a mysterious “resurfacing” event turned the planet into an unhabitable hellscape.

“Our hypothesis is that Venus may have had a stable climate for billions of years,” Dr. Michael Way of NASA’s Goddard said in a statement. “It is possible that the near-global resurfacing event is responsible for its transformation from an Earth-like climate to the hellish hot-house we see today.”

That event is thought to have occurred around 700 million years ago, and whatever it was, it resulted in a thick layer of gas that forced the planet into a rapid warming phase from which it still hasn’t recovered.

“Something happened on Venus where a huge amount of gas was released into the atmosphere and couldn’t be re-absorbed by the rocks,” Way explains. “On Earth we have some examples of large-scale outgassing, for instance the creation of the Siberian Traps 500 million years ago which is linked to a mass extinction, but nothing on this scale. It completely transformed Venus.”