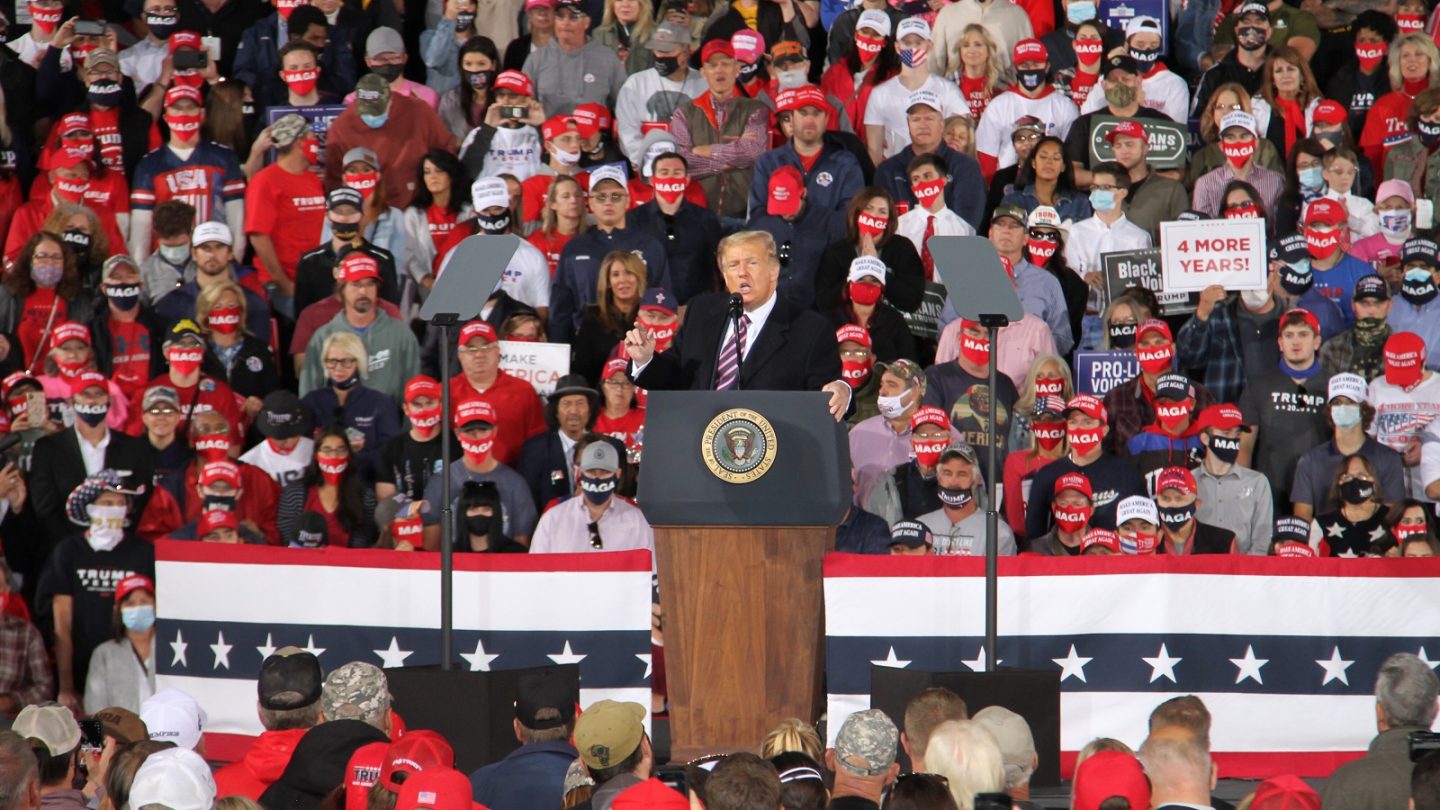 The United States reached yet another horrific milestone on Thursday by recording 77,640 new coronavirus cases. That is a new record for cases in one day since the outbreak began back in March, based on data compiled by NBC News, and shows just how lax much of the country has become despite numerous warnings from health experts that the fall and winter would bring a new wave. The previous record was 75,723 cases on July 29th.

Ironically, the US broke this unenviable record on the same day that President Donald Trump appeared on stage with Joe Biden for the last presidential debate and said that the pandemic “will soon be gone.” After bottoming out in early September, the daily case count has been on the rise. If there is any silver lining amid all of this tragedy, it’s that the death rate is relatively stable, but hundreds of people are dying of COVID-19 every day.

“We’ve been hearing essentially the same words from the president since February, that it was going to go away, that it’s going to disappear, whether that’s in February, March, April, May, and that’s what he’s saying now,” Dr. Ashish Jha, dean of the Brown University School of Public Health, said in an interview with MSNBC’s Stephanie Ruhle on Friday. “That’s not what the data says, unfortunately. I wish he was right.”

A quick glance at the New York Times “Covid in the U.S.” page shows that over half of the country is seeing confirmed COVID-19 case counts go up. 34 states are dealing with infection rate spikes, 7 are rising at a less dramatic rate, and just 10 states have a relatively low infection rate and are keeping it that way.

According to the latest data from Johns Hopkins University, 8,445,242 confirmed cases of COVID-19 have been recorded in the US, along with 223,437 deaths — both world records. At our current pace, the CDC says we could top 316,000 deaths by the end of the year, though a universal mask mandate would lower the projection.

“The American public is understandably frustrated, and asking how long this pandemic will continue, how many more will become infected, and how many more will die,” Dr. Thomas Kenyon, chief medical officer at Project HOPE, told NBC News. “It is not too late for us to change the course of the pandemic. Simple things will make a huge difference — wear a mask, keep your distance from others, avoid crowded situations, wash your hands, seek testing if you are sick or think you have been exposed to someone with Covid-19.”