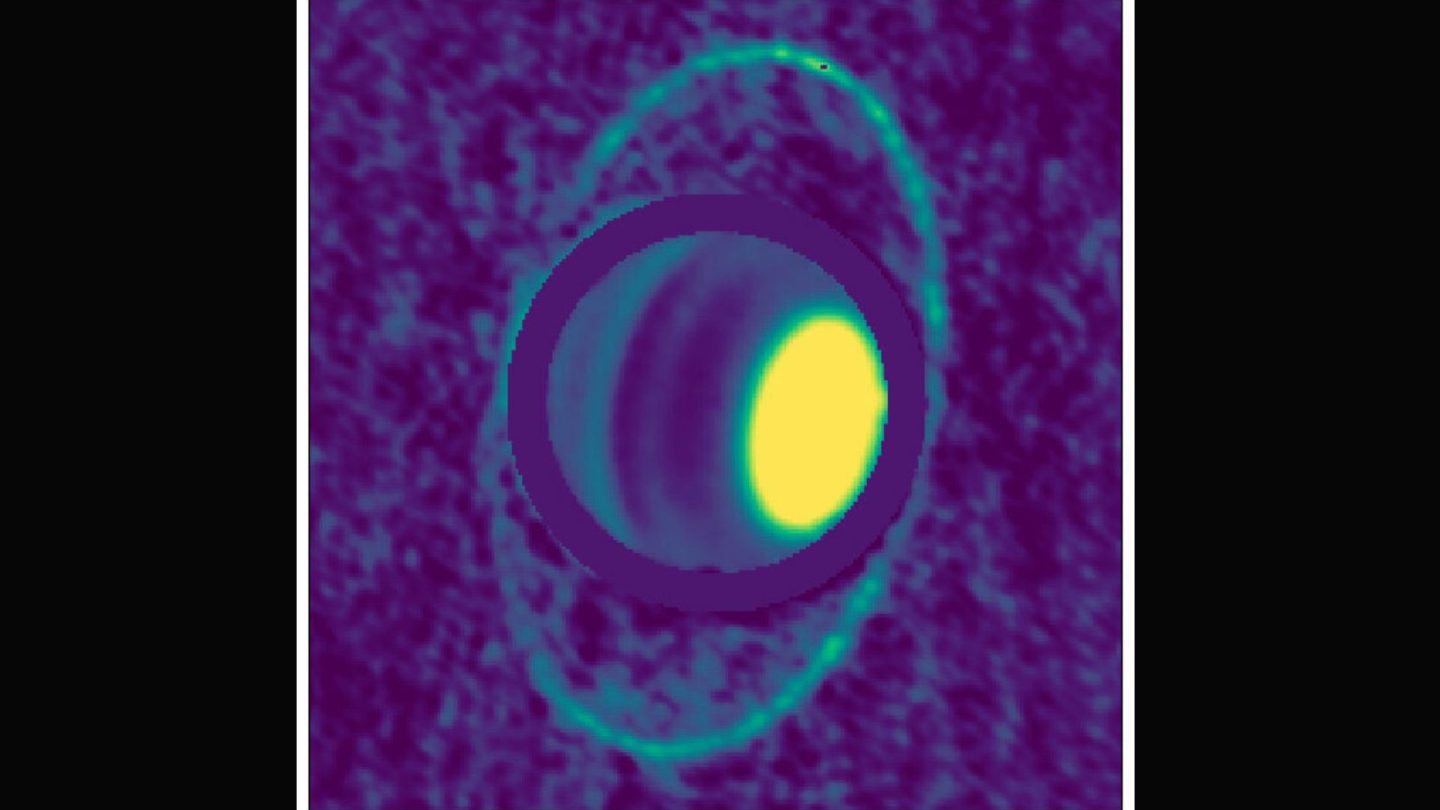 Saturn is well known as the planet with rings, but it’s hardly the only one. As it turns out, rings around planets aren’t all that rare, and at least a few of the planets in our solar system have them. Uranus is one of those worlds, and while its rings are so faint they weren’t even spotted until the late 1970s, scientists have shown a great deal of interest in them.

Now, a new observation campaign by scientists using Chile’s Very Large Telescope and Large Millimeter/submillimeter Array (ALMA) provides us with a rather unique look at the rings of Uranus.

The incredibly sensitive instruments on the telescopes have allowed scientists to capture heat images of the planet and, as a result, to get an idea of the temperature of its thin rings. Uranus is a ridiculously cold world, but its rings are actually a bit warmer than one might imagine. They’re still very, very cold, but they still give off enough heat to be seen by thermal imagine.

So, how warm is “warm” when we’re talking about a planet like Uranus? The researchers say that, based on the readings, the rings are roughly 77 Kelvin. Converting that to Fahrenheit leaves us with a frigid 321 degrees below zero. So, yeah, still quite cold.

Still, that’s quite a bit warmer than the coldest parts of the planet’s surface, which can dip below 370 degrees below zero Fahrenheit, which is why the rings appear to glow warmly in the images in comparison to much of the planet below.

The most visible part of the rings in this image is called the Epsilon ring, and scientists are learning how much it differs from the rings of other planets in our system, like Saturn.

“We already know that the epsilon ring is a bit weird, because we don’t see the smaller stuff,” Edward Molter, lead author of the research, said in a statement. “Something has been sweeping the smaller stuff out, or it’s all glomming together. We just don’t know. This is a step toward understanding their composition and whether all of the rings came from the same source material, or are different for each ring.”