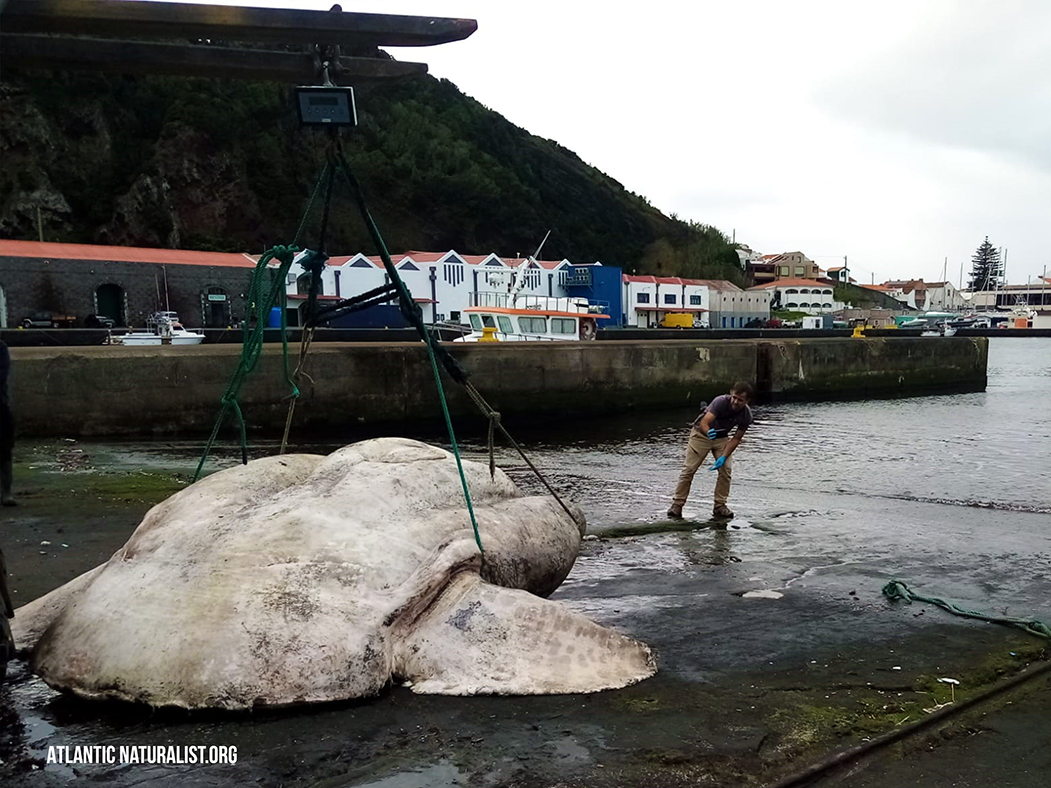 A group of researchers in Portugal discovered the largest fish ever found back in 2019. The giant sunfish, which weighed over 6,000 pounds, was dead, floating on the surface of the water when they found it. The researchers were in the area, working off the coast of the Azores when they spotted the carcass and hauled it to shore.

Researchers looking into the beast recently published a report on the largest fish ever found in the Journal of Fish Biology. The creature they found weighed a total of 6,049 pounds and was around 12 feet tall and 11 feet long, making it the largest bony fish ever caught. The lead author of the study told Live Science that it was a “majestic specimen” and that it would have been incredible to see it alive.

This new sunfish is roughly 1,000 pounds heavier than the previous record holder for the largest fish ever caught, which weighed a little over 5,000 pounds and was caught off the coast of Chiba, Japan, in 1996. It might have taken over 20 years, but the record-holding spot has a new champion. Unfortunately, that champion isn’t alive any longer.

The researchers aren’t sure what killed the massive fish, however, a depression found on his skull, as well as traces of red paint in the depression, may point towards a collision with a boat, the Daily Mail reports. Unfortunately, the exact cause of death is unclear. What is clear, though, is that this new record holder of the largest fish ever found is just one of many discoveries we’ve made in our oceans as of late.

Previously researchers discovered a creature made of blue goo deep at the bottom of the ocean floor. Before that, researchers captured footage of a rare jellyfish for the first time. And sunfish like this giant specimen aren’t completely unknown to mankind. In fact, they can be found in aquariums around the world. But the one found in Portugal is much larger than its cousins.

Exactly what allowed this fish to become the largest fish ever caught is unclear. But it’s possible there could be more like it out there – and if that isn’t somewhat terrifying, then I don’t know what is. And if you’re curious about why the sunfish received the name it did, it doesn’t have to do with its shape. Instead, it’s named because of how it likes to bask in the sun after swimming in the cold, deep ocean.