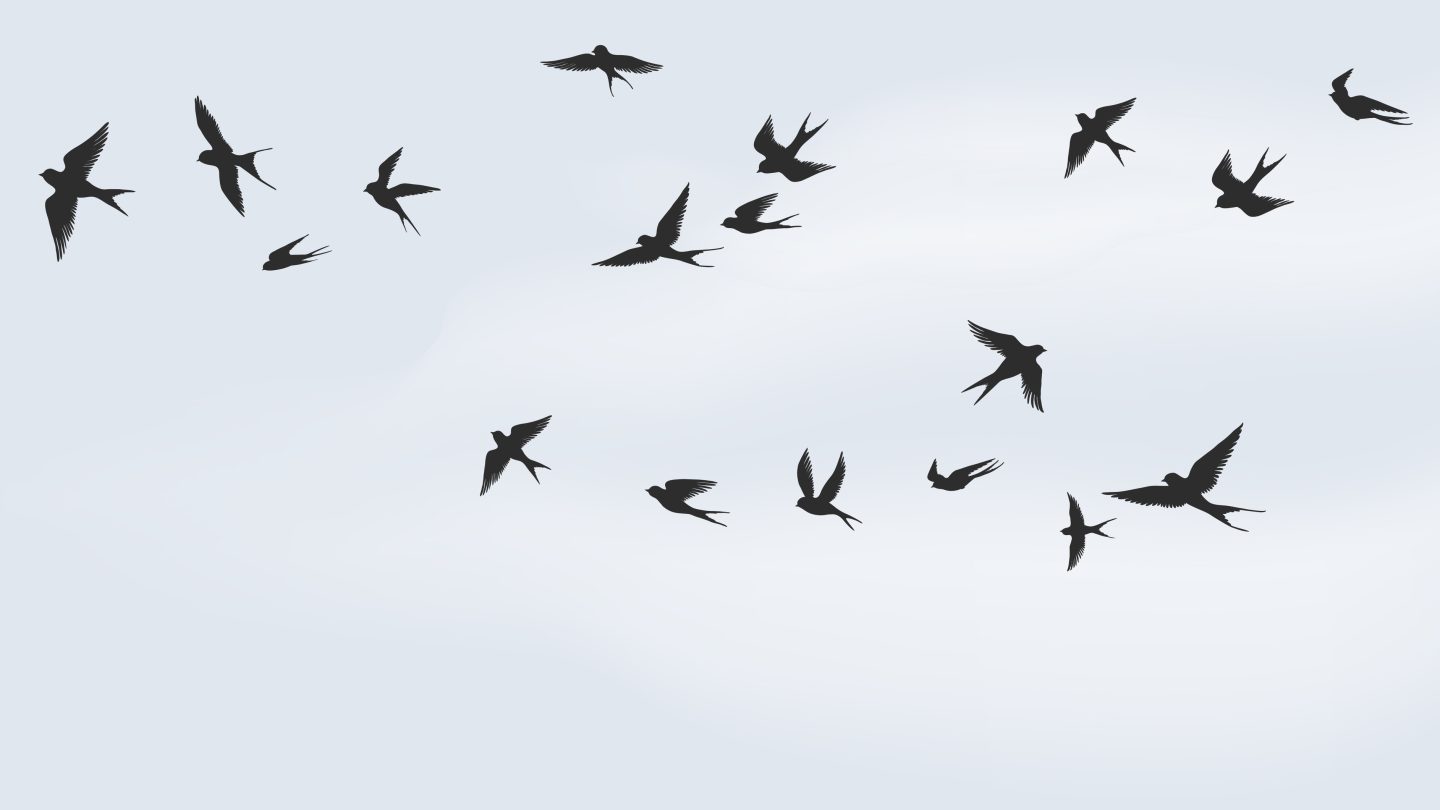 So much for that kid who somehow convinced The New York Times to write about his gonzo activist movement organized under the satirical banner of “Birds Aren’t Real.” Some very real birds suddenly falling from the sky to their deaths were captured via somewhat grainy security camera footage just a few days ago.

The spectacle, in northern Mexico, looked downright Biblical — plague-like, even — which is why the Internet promptly freaked out. The incident also drove scores of news headlines, about this particular flock of hundreds of blackbirds plummeting from the sky in one large mass in Chihuahua, 230 miles south of El Paso.

In case you haven’t seen it yet? You can check out footage from the moment this happened in the news video below (also available at this link).

A couple of theories as to what caused this quickly emerged. One, according to Sky News, is that the birds might have inhaled toxic fumes. Also, that it might have been a surging power line that electrocuted the birds.

The even freakier part about this is that it doesn’t seem to have been an isolated incident. There have been other examples of this happening in the recent past outside of Mexico. In Wales, for example, as well as New Mexico.

The incidents there are just as puzzling. But no less shocking, and even a little disturbing. The New York Times reported about the latter example: “After people began finding the dead birds in recent days in locations ranging from hiking trails to suburban driveways and golf courses, the mystery of what is causing the die-off has intensified.”

Speaking of birds, and speaking of the Times, this all comes after the paper of record, for whatever reason, has given its platform on more than one occasion now to a truly bizarre person from right here in my hometown who launched the “Birds Aren’t Real” movement. If you haven’t heard of it — and I hadn’t either, nor have most people here, until the Times proclaimed that since this is a thing online then it’s a legitimate thing worth writing about — well, first of all, you’re lucky.

Second of all, it’s not just a kooky “movement” to try to convince people that birds don’t exist. The gist is that the government, in fact, killed them off and replaced them with drones to spy on us.

I put “movement” in quotation marks, by the way, because that’s just my way of saying this is really an assortment of stupid people who got together to do a stupid thing.

Not only did the Times devote front-page space to this madness, though. It was also featured a few days ago in an episode of the newspaper’s podcast The Daily. But as of the time of this writing, of course, the “Birds Aren’t Real” movement has been oddly silent about all the whole birds falling from the sky and dying thing. Go figure. And yes, I know the movement doesn’t actually believe that birds aren’t real — that this is an attempt to make a satirical point about misinformation and conspiracy theories (the point being that, I guess, they exist).

Doesn’t make it any less stupid.