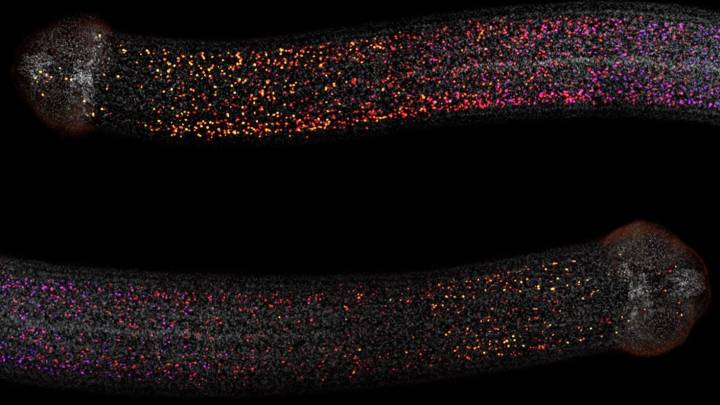 Tapeworms might not be the cutest or cuddliest of creatures cooked up by Mother Nature, but what they lack in charm, they more than make up for with a few very special abilities. You see, tapeworms have the incredible power to shed and then regrow huge lengths of their own bodies, and it’s an ability that scientists haven’t been able to fully explain.

Now, new research published in eLife reveals the very special cells that give tapeworms the capacity to generate new bodies. To figure it out, scientists led by Tania Rozario of the University of Wisconsin-Madison had to chop some of the parasites up.

The researchers first had to determine what specific parts of a tapeworm’s body are capable of regeneration. Tapeworms grow in segments, and while some parts of the worms can act as seeds to grow an entirely new body, others cannot.

When a tapeworm’s head was sliced off, the body would continue to grow but failed to generate new segments. A worm with both its head and neck intact, however, can regrow its body.

So, the bodies of the worms have the “hardware” for regeneration by default, but it’s the signals moving from the head and neck that trigger act as a command for that regeneration to begin. It’s a rather interesting discovery about a creature that none of us ever want to have to see.