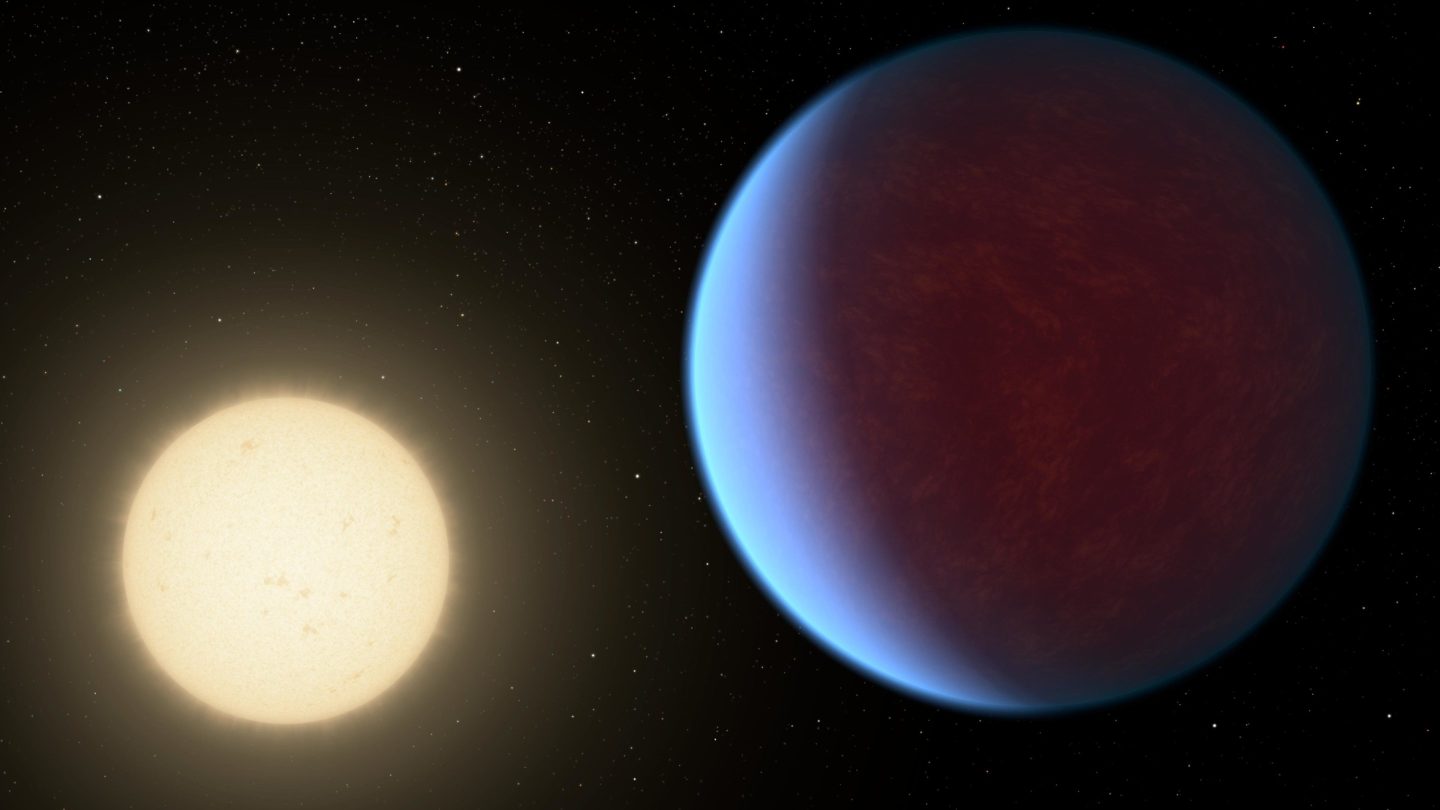 Exoplanets — that is, planets we know exist outside of our own Solar System — come in all shapes, sizes, and personalities. Some are super frigid, while others are boiling hot, and a few fall somewhere in between. A newly-discovered world called “55 Cancri e” is not the kind of place you’d want to hang out, as it’s covered in free-flowing lava on one side and a charred husk on the other, but it might actually be a lot more like Earth than you’d imagine.

Called a “Super Earth” because it’s roughly twice the size of our planet, 55 Cancri e is mighty hot. It orbits its star so closely that it’s tidally locked, meaning that the same side of the planet always faces its star. The result is a world with a lava-covered surface on one side and a hardened crust on the other, but observations made by NASA’s Spitzer Space Telescope suggest that the otherwise hostile planet may actually support an atmosphere a lot like Earth.

The new research, which was published in The Astronomical Journal, suggests that the planet’s atmosphere is like Earth in its makeup, but much thicker, potentially even thick enough to completely obscure its surface from view. The theory of the planet holding an atmosphere has caused scientists to butt heads, but evidence appears to be mounting to support it.

Using data gathered by the space telescope to create a computer model of the planet, the study’s authors have determined that its sunny side is likely around 4,200 degrees Fahrenheit. By comparison, Mercury, which is the closest planet to the Sun in our Solar System, only gets up to around 800 degrees Fahrenheit. Its cooler side of the Super Earth is no picnic either, as it’s thought to be around 2,500 degrees Fahrenheit.

These aren’t the kind of conditions that we think of as being life-supporting, so researchers aren’t exactly high on the possibility that any organisms are present on its surface. However, the fact that the computer models suggest it has an atmosphere is rather exciting, if only for the fact that it would make 55 Cancri e a pretty mysterious world. When planets are as close to their star as this one is, their atmospheres are often stripped away, but if that’s not the case it will be of great scientific interest.