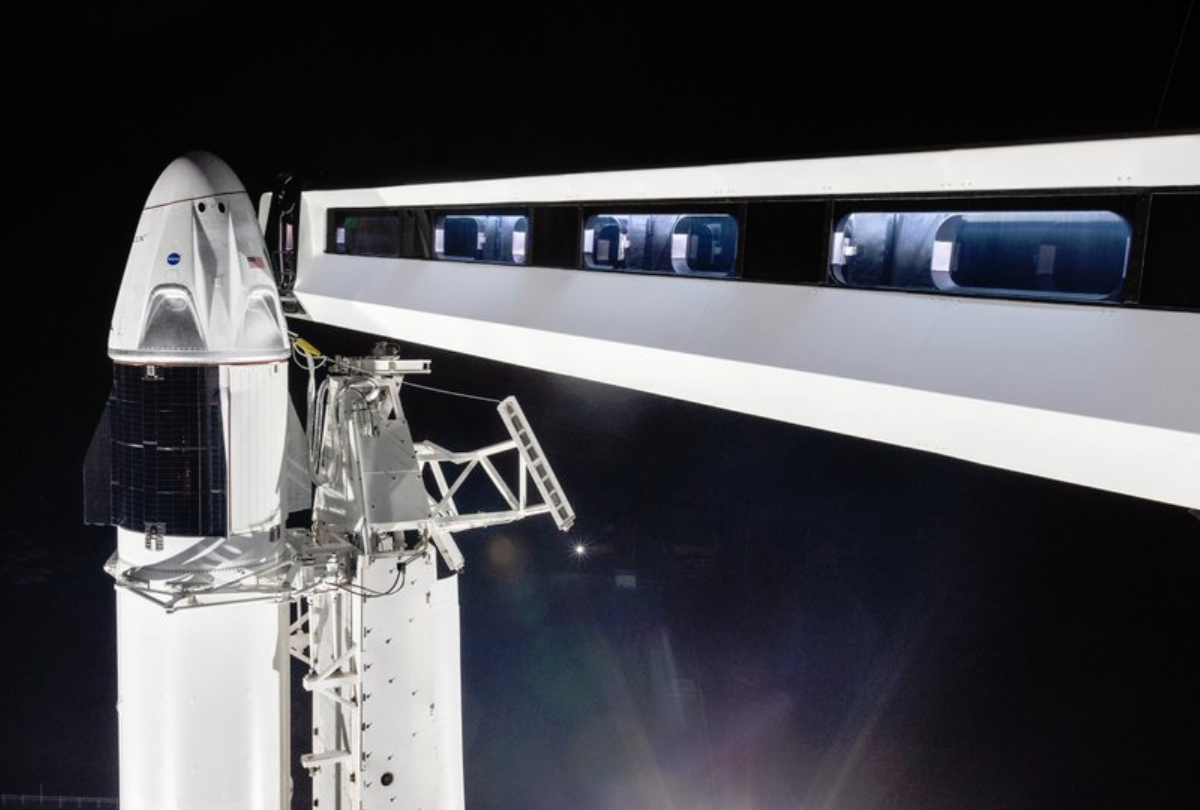 SpaceX and Boeing are both behind schedule in their independent efforts to create crewed launch systems that will allow NASA to send astronauts to space from U.S. soil. All eyes will be on both companies in 2019 as they inch their way towards their goals, and SpaceX just teased that they’re almost ready to hit a big milestone.

In a series of recent Twitter updates from the accounts of SpaceX and top dog Elon Musk, the Crew Dragon appears ready for one of its biggest tests yet: an actual launch. Sitting on the launch pad at Kennedy Space Center in Cape Canaveral, the Crew Dragon spacecraft is perched on a Falcon 9 and is currently being prepped for an unmanned test flight that will bring it closer to actually carrying passengers.

The U.S. space agency desperately needs the ability to send humans into space. At present, NASA relies on Russia to get U.S. astronauts to and from the International Space Station, but it’s not an ideal scenario. NASA wants access to its own crew-capable vehicles, and it’s asked both Boeing and SpaceX to make that a reality.

Both companies have fallen behind their original schedules, forcing NASA to continue to rely on Russia’s Roscosmos space group in order to keep a steady stream of astronauts on missions to the International Space Station. The agreement in place with Russia will allow NASA to send crew on Soyuz flights in 2019, but the sooner SpaceX’s Crew Dragon and Boeing’s Starliner spacecrafts are ready for prime time, the better.

According to Elon Musk, the first orbital test flight of Crew Dragon should occur sometime in early February. It’s still an early stage test, and doesn’t mean Crew Dragon will be ready for passengers immediately, or even within months. NASA requires that the company perform numerous test flights, including crewed test flights, before it will pack astronauts into the ship for official missions.

Any setbacks in the program could push the timeline back even further, but SpaceX has had a string of pretty great performances as of late. A manned spacecraft brings with it an entirely new set of risks and heightened stakes, so we’ll be eager to see how Crew Dragon performs in its first test next month.