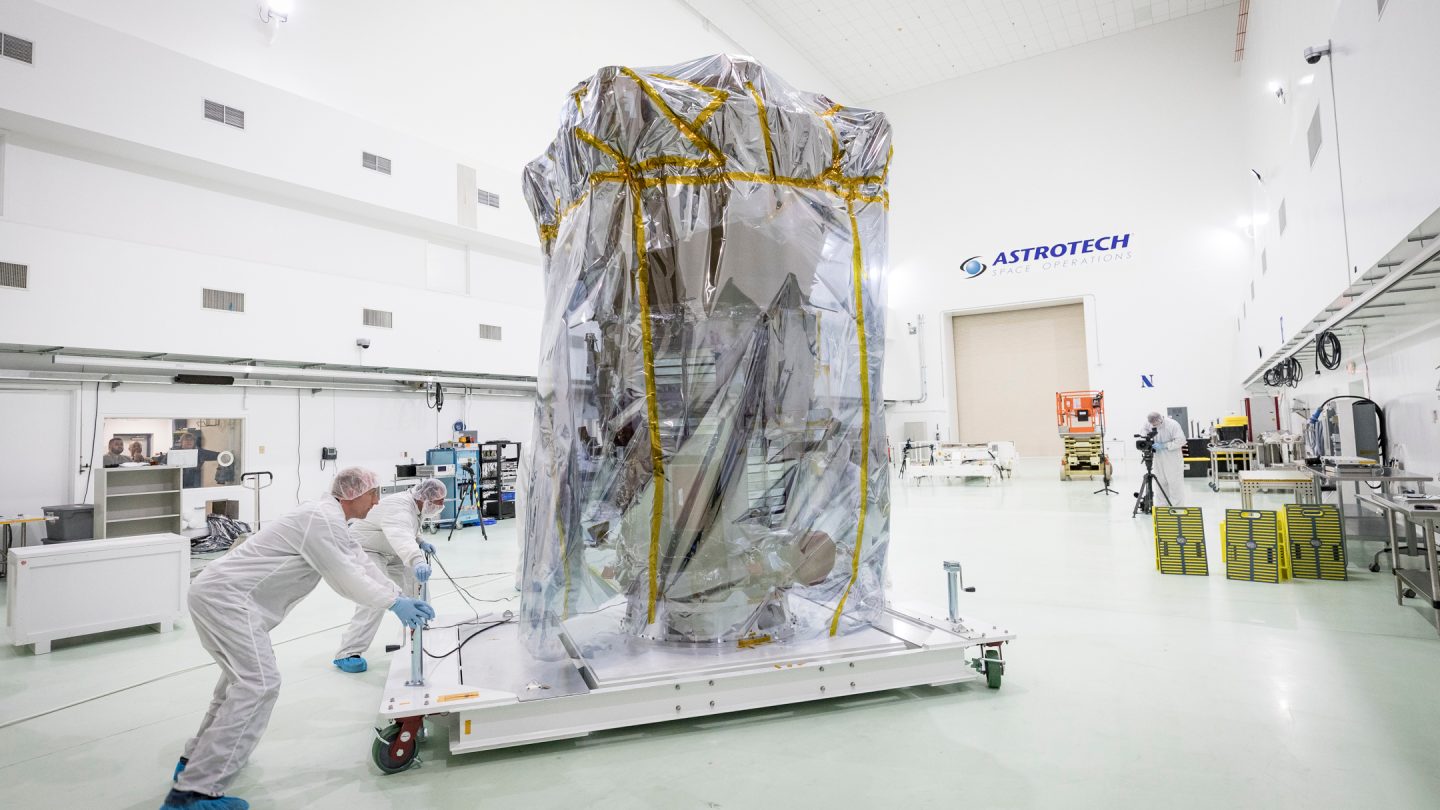 You probably don’t think about it on a daily basis but the Sun is pretty darn important. Without it, we wouldn’t be here, and our friendly little star has been powering life on our planet for a long, long time. NASA has studied it at a distance for a long time, but actually getting up close and personal with a giant volatile ball of incredibly hot plasma is a tricky thing. The Parker Solar Probe, named after scientist Eugene Parker, who first theorized the existence of solar wind, aims to be the first manmade tool to “touch the Sun,” as NASA says, and it just reached a big milestone.

Just days ago, the probe, which is slated to launch on July 31, 2018, made a midnight trip from NASA’s Goddard Space Flight Center to the Joint Base Andrews, both located in Maryland, and was then flown to Florida to continue testing. Assuming all goes according to plan, final assembly of the spacecraft will take place at Astrotech Space Operations, and then it will await its fateful trip skyward.

“Parker Solar Probe and the team received a smooth ride from the Air Force C-17 crew from the 436th,” Andy Driesman, the project manager of the Parker Solar Probe, explained in a statement. “This is the second most important flight Parker Solar Probe will make, and we’re excited to be safely in Florida and continuing pre-launch work on the spacecraft.”

At the end of July, the probe will be launched from Kennedy Space Center in Florida, and from there it will begin a seven-year mission to make observations of our star and hopefully answer some burning questions (pun maybe intended) that have perplexed scientists for decades. Ultimately, data gathered from the mission could help improve forecasting of space weather, which is still a rather inexact science.

All told, the mission will cost $1.5 billion, and the probe will make 24 passes of the Sun as it orbits. At its nearest point, it will reach a distance of 3.9 million miles, at which point the temperatures it will be subjected to will be hot enough to melt steel. Thick carbon shielding will prevent the probe from being destroyed as it gathers its data, and hopefully delivers some neat images at the same time.