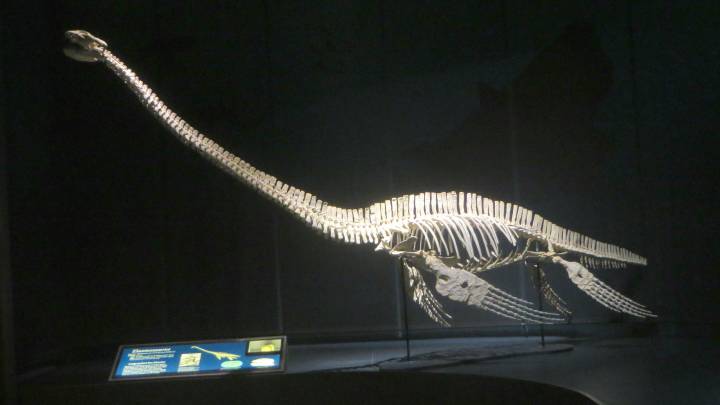 For the first time ever, scientists have discovered the 150-million-year-old remains of a well known dinosaur species in Antarctica. The discovery reveals that the ancient “sea monsters” once patrolled the waters off of what was then the Gondwana supercontinent, which eventually broke up to create Australia, New Zealand, India, Madagascar, Africa, and South America, in addition to Antarctica itself.

The creature, a prehistoric plesiosaur, had a long neck, thick body, and four powerful fins which it used to propel itself through the water. The discovery is welcome news for researchers who had no idea that any species of plesiosaur had lived in the area so long ago.

“At this site, you can find a great diversity of fish, ammonites, some bivalves, but we did not expect to find such an ancient plesiosaur,” Soledad Cavalli, a paleontologist with the National Scientific and Technical Research Council in Argentina, explains. “The discovery is pretty extraordinary, because the rock types at the site weren’t thought conducive to the preservation of bones, like the vertebrae of this marine reptile.”

The ancient creatures are thought to have feasted largely on fish, using their highly specialized bodies to navigate ocean waters and snatch their prey with powerful jaws. The aquatic reptiles must have been quite skilled predators given that past fossil evidence has revealed specimens which grew to be nearly 40 feet from nose to tail.

Some cryptozoologists even believe that the animals were so good at surviving that they’ve managed to live through to today, with the mythical Loch Ness Monster being an example of a modern day plesiosaur that has somehow eluded capture and scientific observation for over a century.

Realistically, there’s very little chance that any plesiosaur species has managed to avoid detection for this long. Some believers use an ancient fish, the coelacanth, as an example of a species that was thought to have gone extinct millions of years ago only to be found alive again in the modern day. Unfortunately, such discoveries are incredibly rare, and in all likelihood we’ll have to rely on discoveries like the one in Antarctica if we want to learn more about plesiosaurs.