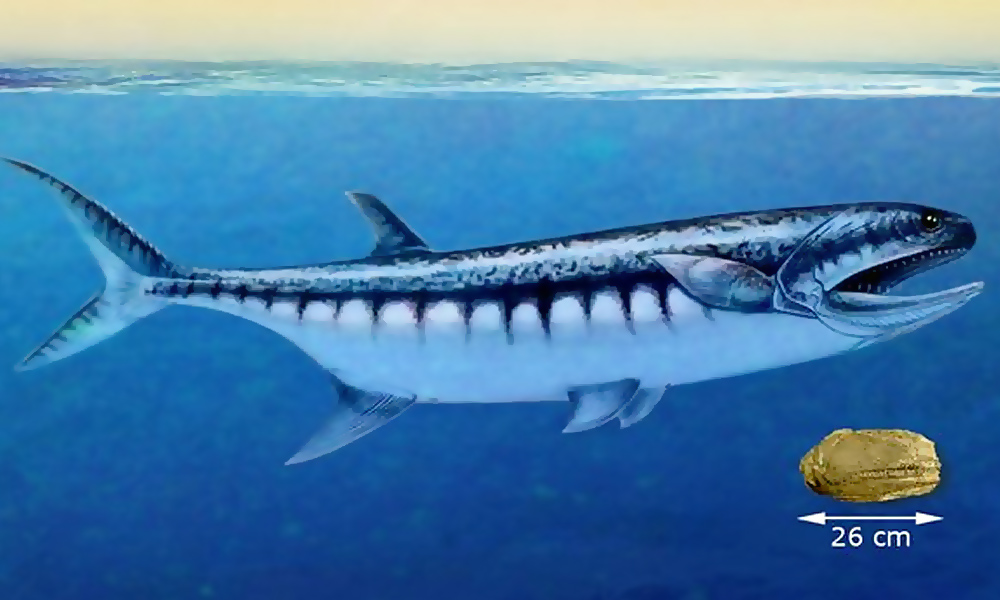 Nowadays, sharks are often seen as the most feared creatures roaming the world’s oceans, but what we think of as modern sharks have only been around for something like 100 million years. If you look back even further, some 250 million years ago the ocean was just as potentially dangerous as it is today, and a newly-discovered fossil points to a predator of the deep that would have been an extremely intimidating sight. The fossil, which was discovered by a group of paleontologists from the US and Switzerland, is of a new predatory fish called Birgeria americana. It was discovered in Nevada, on land that was once completely submerged by the ocean, and researchers are theorizing that it was one of the sea’s most fearsome carnivores at the time.

The fish measured some six feet in length, with a broad, sleek body that would have allowed it to slip rapidly through the water. It’s thought that B. americana hunted in much the same way as modern great white sharks, biting its prey with its rows of razor-sharp teeth before devouring it.

The discovery of such a predator is significant for a couple of reasons. The uncovering of a new species is always an exciting moment for paleontologists, but this one in particular is helping to paint a picture of how nature rebounded from the mass extinction that is thought to have occurred just one million years before this impressive carnivore was patrolling the seas. If the food chain was robust enough to support a creature like B. americana, it shows that the animal kingdom bounced back from its near-annihilation much faster than was previously assumed.