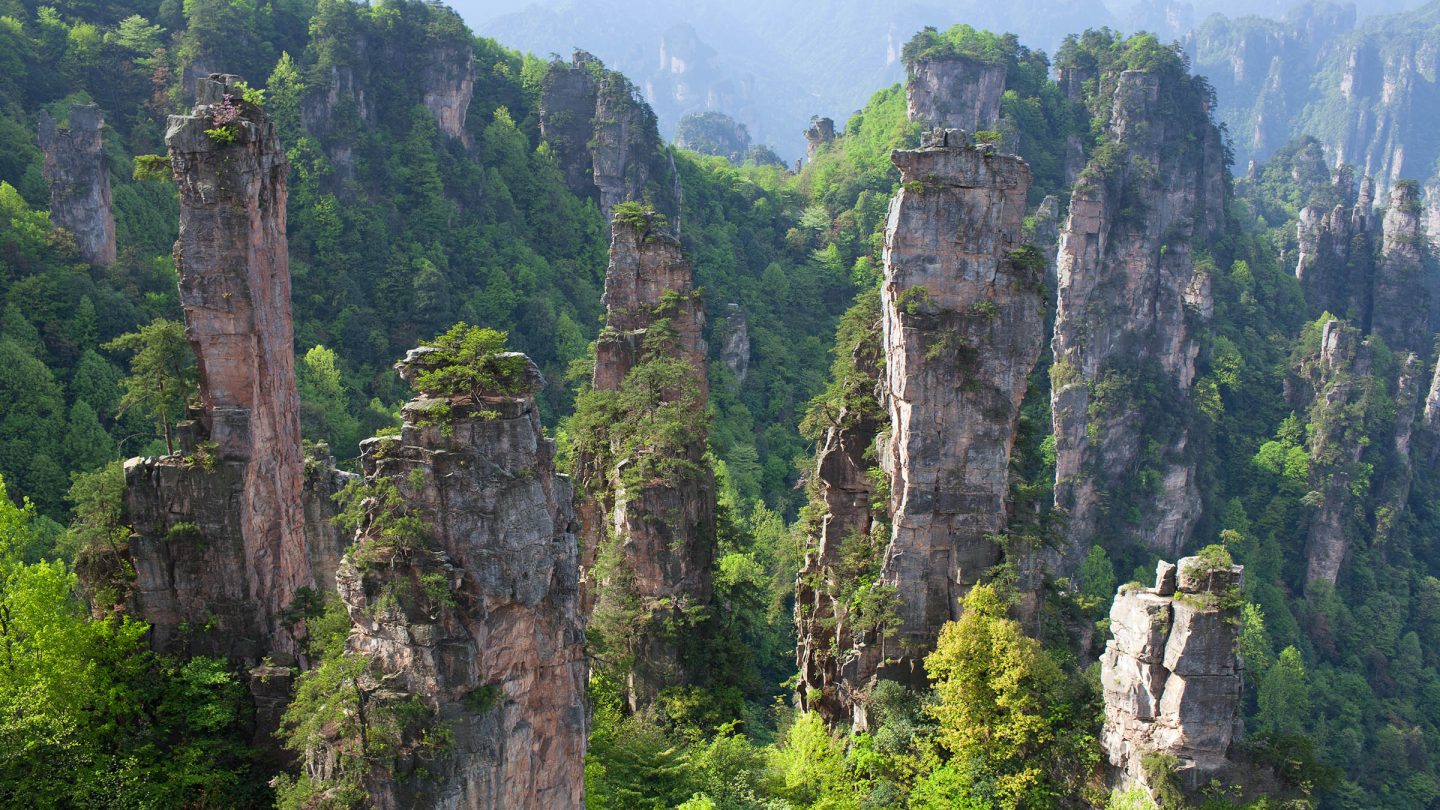 Chinese scientists discovered a primitive forest in a giant sinkhole in May this year. The sinkhole is 630 feet deep, and a team of spelunkers rappelled down into it. While exploring, they found three separate cave entrances and a growing forest. Thankfully, the unique environment is available on video.

Scientists found a primitive forest in a massive sinkhole in China

The scientists who explored the sinkhole-filled landscape, also known as a karst landscape, were from the Institute of Karst Geology of the China Geological Survey. A senior engineer at the institute told the state news agency Xinhua that the forest is a well-preserved primitive forest with three caves in its walls.

It is full of ancient trees roughly 131 feet tall. You’ll see their branches stretch upwards, reaching for the sunlight that filters through the entrance of the sinkhole.

George Veni, the executive director of Karst Research Institute (NCKRI) in the United States, told Live Science that the “incredibly visually spectacular karst with enormous sinkholes and giant cave entrances and so forth” discovery isn’t surprising. Since the area where scientists discovered the sinkhole is known for its karst topography, the landscape around there is prone to dramatic sinkholes.

While the sinkhole wasn’t a surprise finding, the primitive forest inside was. The explorers believe the three caves they discovered are remains of the early evolution of the sinkhole.

Altogether, it took the explorers several hours to explore the sinkhole and reach the bottom of the pit. They returned to the surface safely the next evening.

How do sinkholes form?

When the Earth’s surface layers begin to collapse into caverns, depressions in the ground called sinkholes are created. They happen quickly and without notice.

According to a 1997 paper in the scientific journal Environmental Geology, human activity like mining of coal, zinc, lead, and iron ore deposits in karst areas is associated with the formation of sinkholes.

Sinkholes, especially in this region of China, are formed by the dissolution of bedrock underneath the surface, Veni explained to Live Science. When this happens, giant sinkholes like the one scientists explored begin to form. Also, because chasms form in the bedrock, it gives way for primitive forests like the one discovered here to develop.

However, because geology, climate, and other factors can affect how sinkholes form, the way they appear in different areas of the world may be quite different. Veni noted that you could even walk out on a sinkhole in some places and not notice. For example, some sinkholes are like tiny caves, such as the Musfur sinkhole in Qatar. That said, China’s geology and climate also allow the sinkholes to collapse more than they might in other places.

This most recent sinkhole and its primitive forest were discovered in the Guangxi Zhuang Autonomous Region. That region is near Ping’e village in the county of Leye and has become well known for its incredible karst landscapes/formations.

Did China find an underground forest?

An ancient forest said to be prehistoric has been discovered at the bottom of a giant sinkhole in southern China’s Guangxi region. The trees in this forest tower over 130 feet.

Did China find a forest in a sinkhole?

A primitive forest in a giant sinkhole was discovered by Chinese scientists in early May this year. The sinkhole is 630 feet deep and scientists found three separate cave entrances and a growing forest.

Why does China have so many sinkholes?

Certain areas in China are more prone to depressions like these because they fall in a region known as the South China Karst. This UNESCO World Heritage site spreads over Guizhou, Guangxi, Yunnan, and Chongqing provinces and covers 97,125 hectares.

What causes a sinkhole?

Sinkholes are caused by a decline in water levels (drought, groundwater pumping), disturbance of the soil (digging through soil layers, soil removal, drilling), and point-source of water (leaking water/sewer pipes, injection of water).

What is the biggest sinkhole in China?

The biggest sinkhole in China is the 2,172-foot-deep Xiaozhai Tiankeng in Chongqing. It is also the biggest in the world.