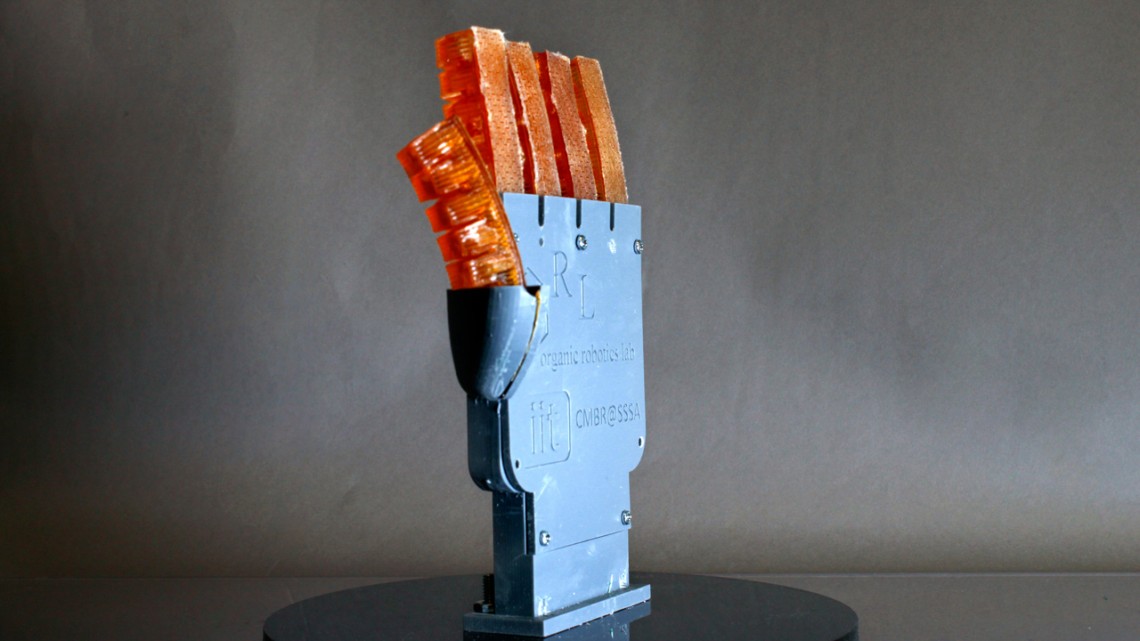 Evolution has given humans a number of cool bodily functions to deal with certain circumstances. Sweating, for example, is a way for our bodies to cool down, as moist skin allows air to wick away heat much more efficiently than dry skin. It’s something that we take for granted, but when scientists are designing robots to be ever more like humans, it’s something that has to be considered.

Now, researchers from Cornell University have developed a robotic hand that is equipped with fingers for gripping objects. That on its own isn’t particularly impressive, but these soft robo-fingers do something that is entirely new: they sweat.

Like human muscles, robotic components generate heat as they are used, especially for repetitive motion. In the case of a robotic hand, the action of gripping can generate heat that might otherwise impair the robot’s ability to grip things properly. So, the scientists gave the robot hand the ability to sweat if needed, allowing it to cool itself down to acceptable heat levels even when under stress.

“The ability to perspire is one of the most remarkable features of humans,” co-lead author T.J. Wallin, said in a statement. “Sweating takes advantage of evaporated water loss to rapidly dissipate heat and can cool below the ambient environmental temperature. … So as is often the case, biology provided an excellent guide for us as engineers.”

Using hydrogel materials in the construction of the fingers allowed the researchers to build a hand that sweats when it reaches a certain temperature. Once temperatures reach above 86 degrees Fahrenheit, water is slowly squeezed out of the synthetic “pores,” and that robo-sweat cools down the entire hand, just as it would on a human.