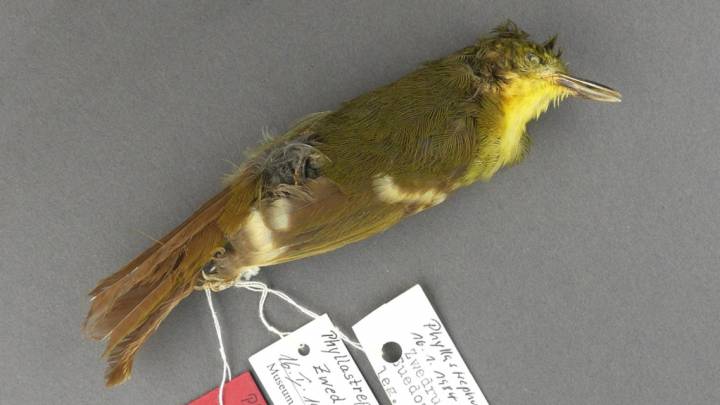 Well, this is awkward: For almost the past four decades, an incredibly rare species of songbird has eluded birdwatchers and scientists, and surveys to learn more about it have come up empty handed. The incredibly frustrating, fruitless search for the Liberian Greenbul gave researchers nightmares since it was first identified and cataloged in the early 1980s, but those who have spent their time hunting for the rare bird just got some brutal news: It never even existed in the first place.

The saga started when researchers spotted what they believed to be an entirely undocumented species of songbird in Liberia. It looked a lot like Icterine Greenbul, though it had distinctive white markings on specific areas of its feathered body. They named their new bird the Liberian Greenbul, and set about learning more about it. That proved incredibly difficult.

Only one specimen was obtained, after being shot, and subsequent attempts to find the odd birds turned up only a handful of shaky sighting reports. With so few of them around, scientists stuck the Liberian Greenbul on the endangered species list, marking it as critically endangered. Liberia’s bloody civil war and long history of conflict made hunting the birds down even more difficult.

That is, until now, when scientists from the University of Aberdeen revealed the birds’ true nature. After running a DNA analysis on the only confirmed Liberian Greenbul specimen, the researchers discovered that its genetics are practically identical to that of the Icterine Greenbul. Comparing the DNA of the birds to that of other known Greenbul species reveals huge differences, and that is a big red flag that the Icterine Greenbul and Liberian Greenbul are actually the exact same bird.

The researchers theorize that the odd feather pattern could have been caused by a nutritional deficiency while the feathers were growing in, meaning that the incredibly rare, critically endangered songbird is actually just an ill version of a bird they’ve known about for much longer.

“We can’t say definitively that the Liberian Greenbul is the same bird as the Iceterine Greenbul but we have presented enough evidence that makes any other explanation seem highly unlikely,” Professor Martin Collinson of the University of Aberdeen’s Institute of Medical Sciences said. “The genetic work was performed independently by scientists here in Aberdeen and in Dresden to make sure there could be no error – we both came to the same conclusion.”