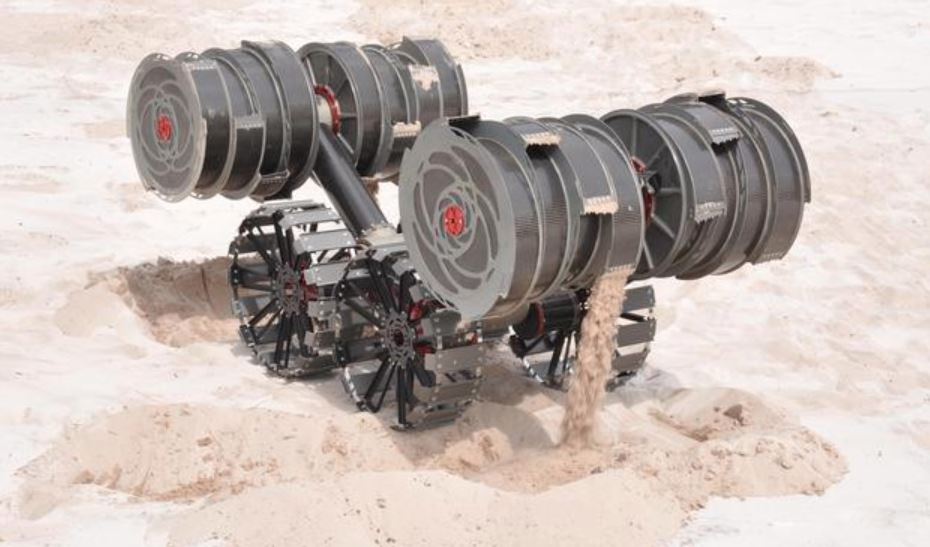 A new era of lunar exploration and science is about to begin, but in order for NASA to make the most of it, it has to have all the right technology ready to roll. One of the gadgets NASA wants to send to the Moon is a digging robot. The agency has already made plenty of progress on this front, building the RASSOR (Regolith Advanced Surface Systems Operations Robot) bot and testing various versions of its hardware.

But NASA can’t do it alone, and it has issued a call for help in designing one very important component of the RASSOR robot: its collection drum.

We’ve all seen footage of the Moon missions, with its dusty surface that appears perfect for easy collection. Unfortunately, gathering material from the surface is made more complicated by the Moon’s low gravity, and the fact that anything we send to the Moon has to be light enough to be flown on a rocket.

A massive, heavy robot could easily get traction and dig to its heart’s content, but such hardware simply can’t be reliably delivered to the lunar surface. Instead, a lightweight machine is needed, and that means developing new solutions. RASSOR has to be able to get traction and dig and do so without weighing a ton.

“With RASSOR, we’re no longer relying on the traction or the weight of the robot. It is possible to excavate on the Moon or Mars with a really lightweight robot,” NASA’s Jason Schuler said in a statement. “RASSOR is excavation and transportation all in one, but we’d like to improve the design.”

The robot’s digging drum will dig up material and then deliver it to a different location. This process has to be as efficient as possible, which is why NASA is now asking for suggestions.

RASSOR’s current bucket drums are hollow cylinders positioned on either end of the robot, with scoops around the circumference of the cylinders. The robot digs in opposing ends toward the other, which balances the excavation forces and makes it easier to dig.

To see if the digging bot can be made even better, NASA’s RASSOR Bucket Drum Design Challenge is now open for submissions. The agency is asking for 3D models of new designs that can meet NASA’s requirements, including the ability for the drum to be able to be filled at least 50% before having to be emptied.

Those who are up to the challenge and wish to submit a design have until April 20th.