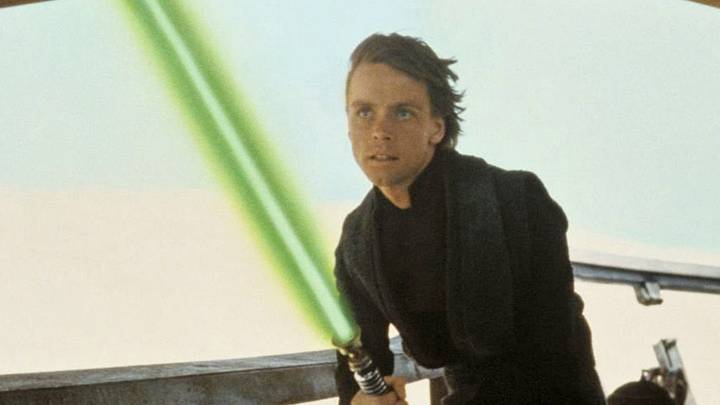 Have you ever wished you had Jedi powers? You might think you’ll never reach the level of wisdom, power, and grace as those noble warriors from a galaxy far, far away, but a new study suggests that we all have at least one Jedi trait built right into our brains. A group of researchers from Radboud University Nijmegen in the Netherlands just published a paper proving that humans have the ability to predict the movement of objects thanks to high-speed visualization techniques that simulate the outcome in our own minds before the movement actually happens. Woah.

The study, which was published in Nature Communications, used a simple test consisting of a white dot moving across a black screen. The team used an fMRI to track brain activity, painting a clear picture of the areas of the brain which were observing and learning the pattern.

Then, after a short break, the more than two dozen volunteers were hooked back up and shown a similar animation, though this time only the first half of the dot’s movement was displayed. However, fMRI data revealed that the brain was actually simulating the dot’s full path, having learned it earlier, and it was processing that information twice as fast as when shown the full animation. In short, the brains of the test subjects were running their own visual simulation of what it expected to see, predicting the outcome as though it was watching it actually happen.

Scientists believe it’s this predictive cognition that aids us in both large and small aspects of everyday life, like catching a dropped set of keys out of midair or knowing exactly when and where a car will pass on the street. Essentially, our brains are predicting these things will happen before they happen, and we’re reacting in sync with that prediction, rather than relying solely on our own concrete observation. If “seeing things before they happen” is indeed a Jedi trait, our brains are clearly big Star Wars fans.