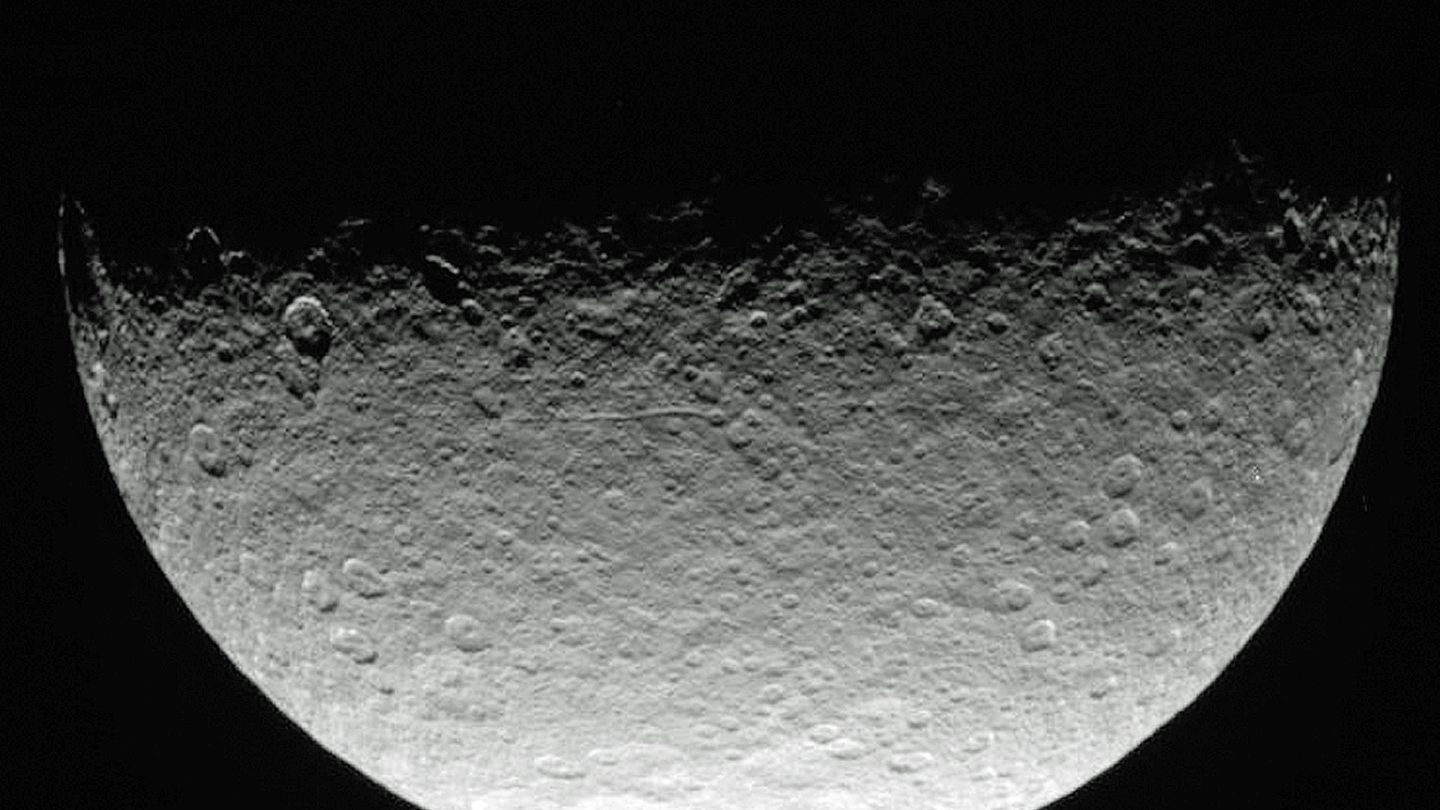 NASA’s Cassini spacecraft continues to delivery some truly jaw-dropping photographs from Saturn, and its most recent “Grand Finale” dive between the planet’s rings has produced some of its most striking eye candy yet. But what’s most interesting about the newest crop of photos isn’t necessarily the images of Saturn and its rings — those are also really, really cool — it’s the snapshots that Cassini’s lens managed to capture of the planet’s moons Rhea and Titan. The photos, which were captured before, during, and immediately after the second of Cassini’s over 20 planned dives, were sent back to NASA from the spacecraft on May 3rd. The collection of new images was just released to the public in a huge media dump by the agency. They include shots of the moons Rhea (above) and Titan (below), shot at distances of Of course, Saturn itself is Cassini’s most important photography subject, and the craft spent some time snapping some really fantastic new shots of the planet’s complex ring structure as well. The photos, especially the one below, are so incredibly detailed that they honestly look fake. The sharp lines you see are actually made up of all kinds of dust and debris that has been circling Saturn for ages, forming the strikingly beautiful pattern. Cassini’s next Grand Finale dive will take place on May 9th, when it will make its way from the northern end of Saturn to the south, flying through the rings as it goes. Let’s hope its next 20 dives produce just as much fancy photography as its first two.