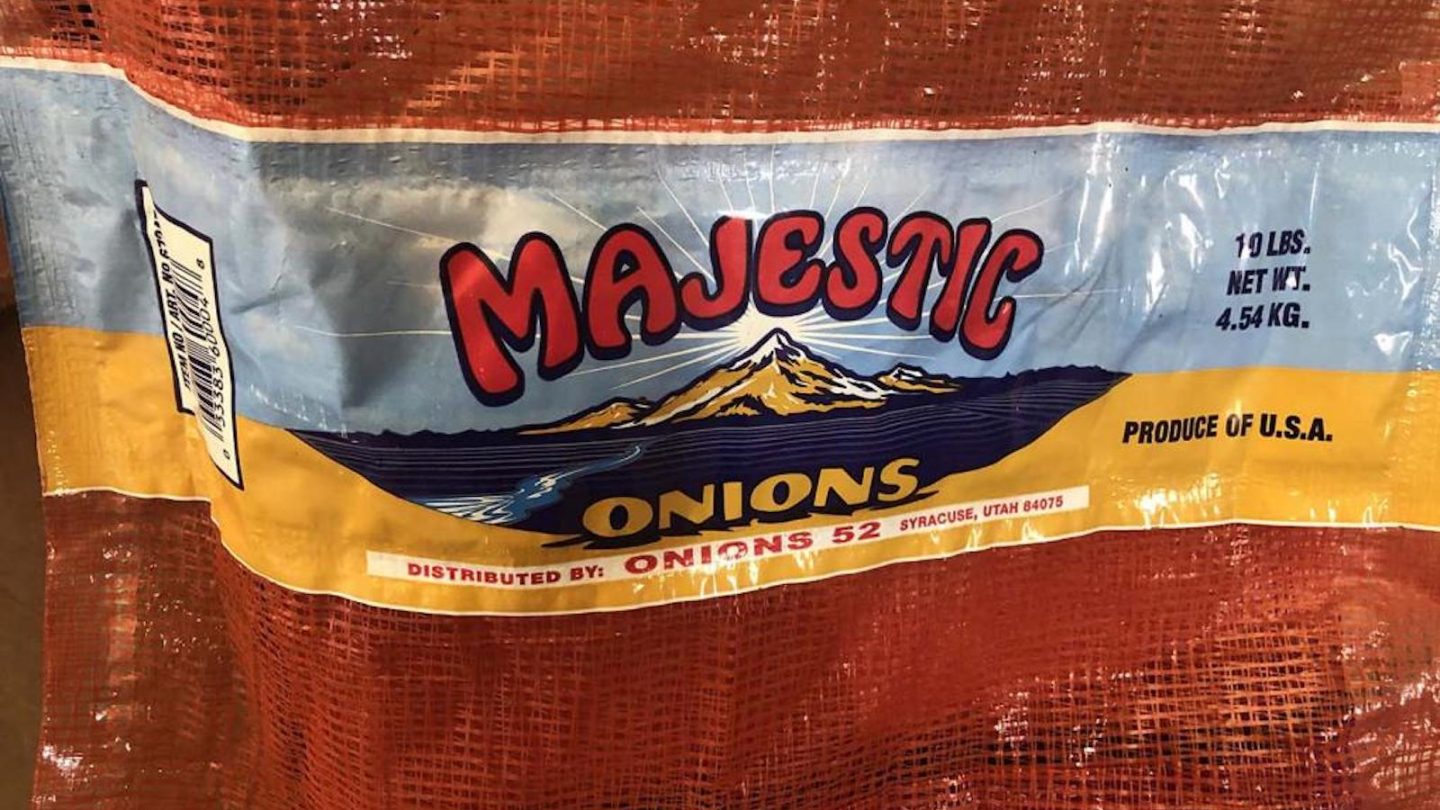 While you’re doing your best to avoid coming down with a coronavirus infection, the CDC is warning of another kind of illness that is rapidly spreading due to contaminated foods. A Salmonella outbreak has been confirmed in at least 34 states, and the source of the outbreak appears to be onions.

The outbreak, which has resulted in around 400 known cases of infection, was traced to onions originating from Thomson International, Inc. Unfortunately, that company’s onions are bought and resold under several different brand names, including store brands.

As the CDC explains, onions from Thomson International, Inc., appear on store shelves under names including Thomson Premium, TLC, Thomson International, Tender Loving Care, El Competitor, Hartley’s Best, Onions 52, Majestic, Imperial Fresh, Kroger, Utah Onions, and Food Lion. That’s a whole bunch of brands to be on the lookout for, but being mindful about what you’re eating could save you from a nasty infection.

Thus far, the outbreak has resulted in at least 59 hospitalizations, though no deaths have been linked to foodborne illness. Symptoms of a Salmonella infection including stomach pains, fever, and diarrhea. If the infection is particularly severe, it can actually spread from the digestive system to the bloodstream, where it can then travel to other organs and do some serious damage.

As is often the case with infections like this, young children, the elderly, and those with already compromised immune systems are more vulnerable and could experience more severe symptoms.

As for the source of the contamination, Thomson International, Inc., issued a voluntary recall of red, yellow, white, and sweet yellow onions on August 1st. While the company’s recall was broad in scope, the CDC says that the red onions are thought to be the source of the outbreak. The investigation into the outbreak is still ongoing, and officials hope to trace the source with more certainty in the near future.

When shopping for onions, avoid the brands listed above, and if you already have them in your home, dispose of them immediately. It’s also advisable to sanitize any containers, dishes, or countertops that the onions may have touched. Restaurants are also advised to avoid serving any potentially contaminated onions to their customers and to contact the company if they aren’t sure if the onions they have were sourced by Thomson International. More details regarding the recall can be found on the FDA’s recall page.