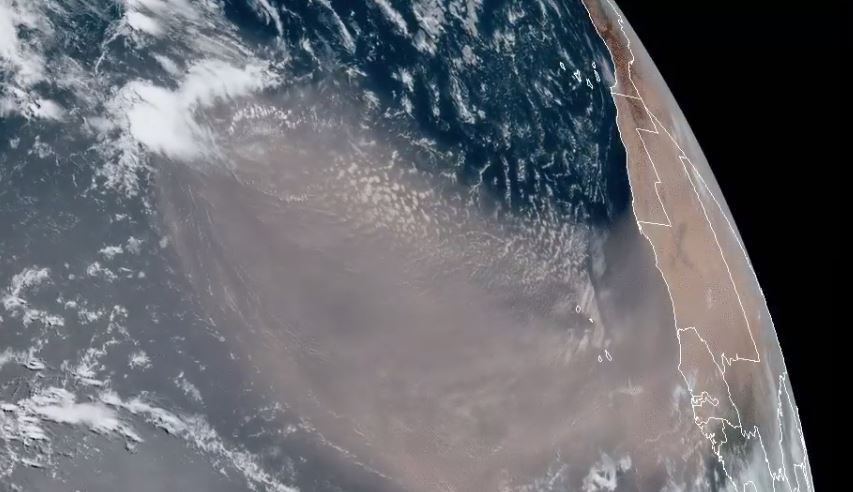 A colossal dust cloud is making its way across the ocean from the Sahara Desert in Africa, and it’s headed for the United States. The rare weather phenomenon has been observed in the past, but researchers say this is a particularly significant and strong cloud of dust not seen in half a century.

The dust cloud is a danger to health, as it can dramatically lower air quality to levels that put citizens in danger, especially if they have an existing respiratory condition. At the moment, the “Gozilla dust cloud,” as it has been nicknamed, is sweeping across the Caribbean and is expected to eventually make its way to the coast of the United States.

Dust clouds of this size aren’t very common — unless you live on Mars, of course — and it’s particularly rare for one of this size to make its way all the way to the Americas. In San Juan, the National Weather Service is keeping a close eye on the conditions, reporting that visibility was down to five miles, even as the worst of the dust cloud was yet to come.

As you can see in images posted to Twitter, the skies are incredibly hazy in Puerto Rico. Weather observers were anticipating the event days ahead of time, with the National Weather Service even going so far as to host a Facebook Live conference to help residents of the region prepare for what was about to hit. 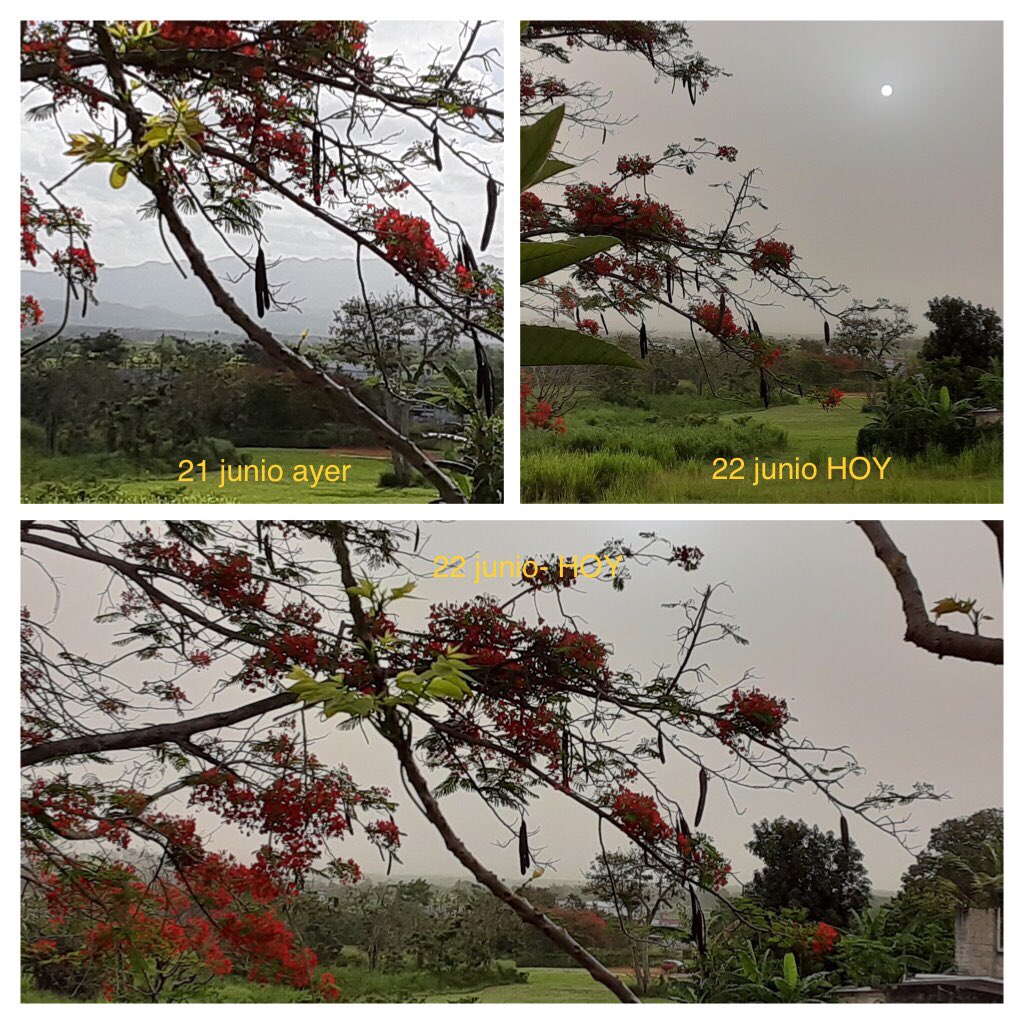 The timing of the dust storm couldn’t be worse. The coronavirus pandemic is still sweeping across the globe, and the areas where the dust cloud is looming are no exception. Individuals who are infected, whether they know it or not, might be at an increased risk of serious health complications as a result of the combination of the dust and their own compromised lungs.

Ok, last dust pic for today and this one is perhaps the most incredible yet. The comparison photos were sent to me from Mirco Ferro who lives in St. Barthelemy. Check the dates in the photos (top is from March) – both are unfiltered or altered in any way. #SAL #DUST pic.twitter.com/FBwOG5ly1E

In Barbados, the Barbados Meteorological Services released a statement urging people to put their personal health and safety first. “Significant Sahara Dust outbreak continues to affect the island and marine area,” a public advisory reads. “Residents, visitors, and marine users should be prepared to take action as significant dust haze continues to reduce visibility across the island and marine area. Persons with respiratory issues or allergies must travel with or have close at hand all relevant prescription medications in case of emergencies.”

The layer of dust is expected to impact the Southern US in the coming days, producing hazy skies and potentially lowering air quality to dangerous levels.

Significant Dust Invasion in the Caribbean. Yes it's real and yes it's normal, although this Saharan Air Layer (SAL) is a doozy – more prominent than most. Common as the deep layer Trade Winds get better established during summer. The dry layer acts to suppress tropical systems. pic.twitter.com/4hyu0C70Ay