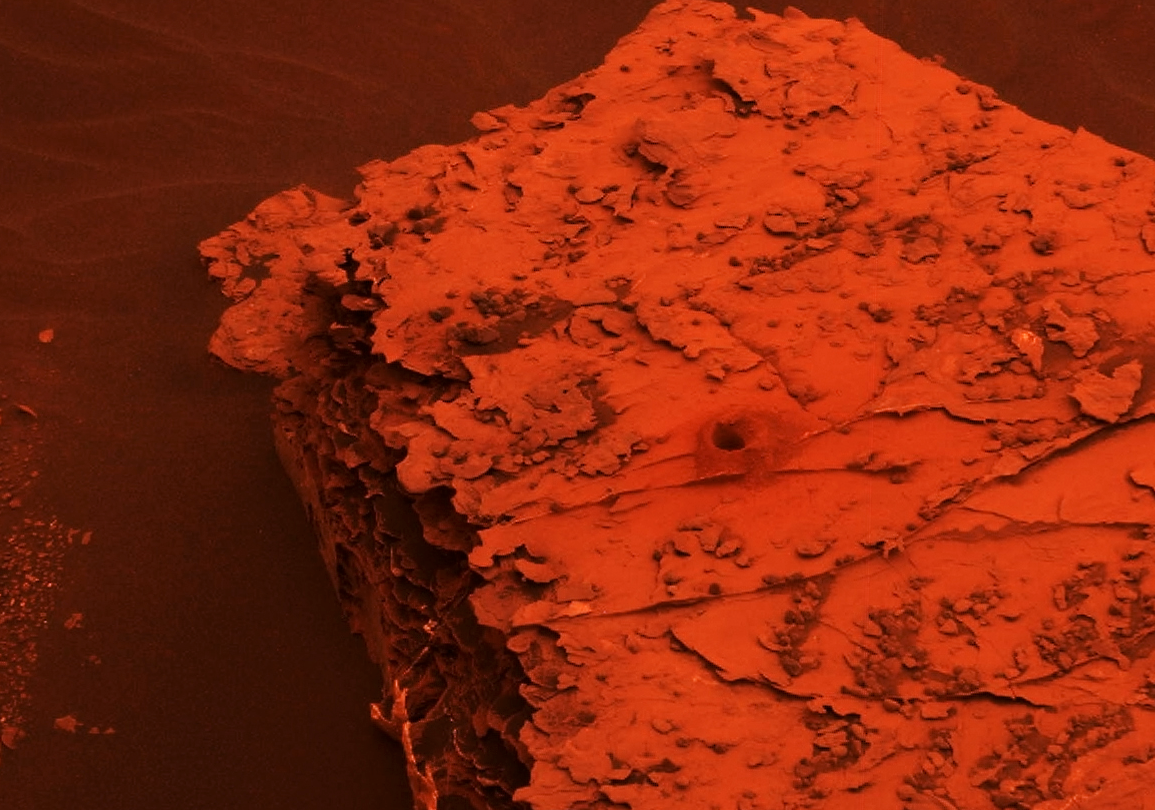 Mars is known as the “Red Planet,” but it’s even more crimson as of late. The massive dust storm that has fully enveloped the planet is obscuring the Sun and bathing the landscape in a deep shade of blood red.

NASA’s two rovers, Curiosity and Opportunity, have had to deal with the dust storm in their own specific ways. Opportunity shut down due to lack of power and we still don’t know what kind of shape it’s going to be in when the skies finally clear, and while Curiosity’s nuclear power source allows it to continue to work even in the dark, it’s dealing with some serious visibility issues due to the debris in the air.

A newly released photo from the Curiosity rover shows just how dramatic the change in light has become. Just check out these two side-by-side shots of the exact same rock. The photo on the left was taken on May 21st and the one on the right was snapped on June 17th:

“Two images from the Mast Camera (Mastcam) on NASA’s Curiosity rover depicting the change in the color of light illuminating the Martian surface since a dust storm engulfed Gale Crater,” NASA explains of the photos. “The cherry red color is due to red dust grains in the atmosphere letting red light through to the surface, but not green or blue, and to different exposure times for the two images.”

Along with this new comparison photo, NASA released an awesome animated image showing what Curiosity saw as the dust storm approached its current location. The sky growing orange and the distant mountains fading from view is definitely spooky.

It’s hard to overstate the size of the current weather event currently happening on Mars. The storm is gigantic, and it’s like nothing Earth has ever produced.

“Though they are common, Martian dust storms typically stay contained to a local area,” NASA writes. “By contrast, the current storm, if it were happening on Earth, would cover the area of North America and Russia combined.”

We’ll have to wait and see how long it lasts, but in the meantime the Martian surface will be bathed in darkness and, it seems, a crimson hue.