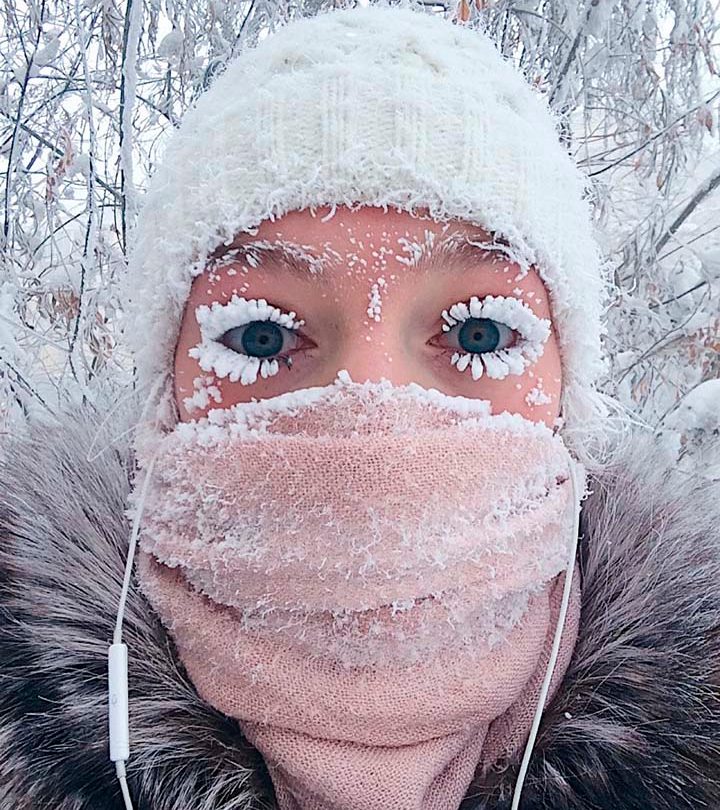 The East Coast of the US has been inundated with cold weather for the last few weeks. With temperatures dropping to as low as 14 degrees in places like normally sunny Atlanta, local governments have been warning people to stay inside and travel only if necessary.

So you can imagine what kind of precautions the residents of Oymyakon, a village in the Russian region of Yakutia and the coldest permanently inhabited place on Earth, are having to take right now. Temperatures recently hit -62° C (-80° Fahrenheit), sufficiently cold that the town’s digital thermometer broke down. The conventional mercury thermometer, installed decades ago, only goes as cold as -50°.

Locals have mostly been sheltering in place during the record-breaking low temperatures, as school has been cancelled, and residents have mostly been venturing outside just long enough to take the requisite selfie of freezing eyelashes. But one group of Chinese tourists appears to have braved the temperatures to bathe in a geothermal spring, as seen in the video below.