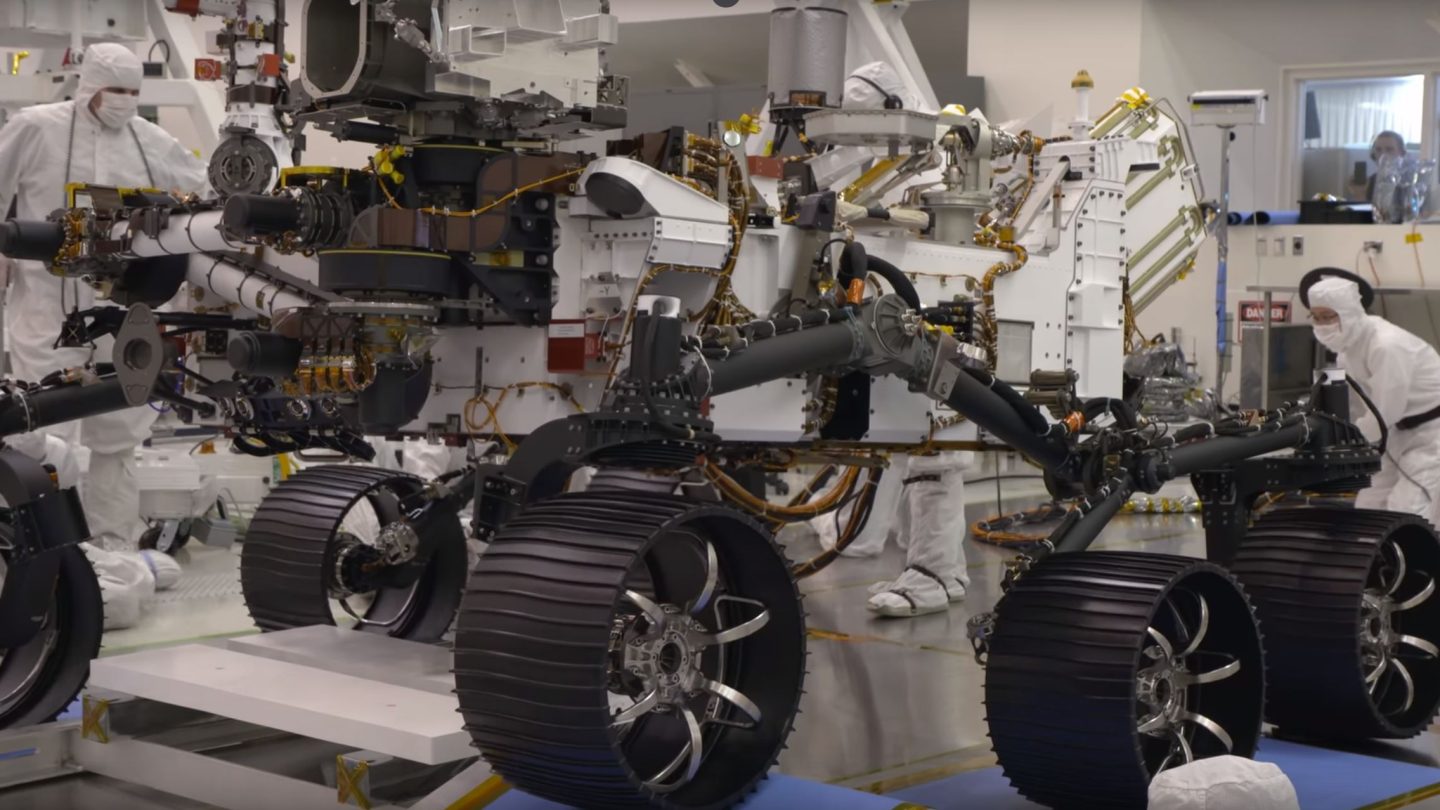 NASA has spent years developing all the sensitive instruments the Mars 2020 rover will carry along with it during its trip to the Red Planet. Scientists hope those tools will reveal secrets about Mars just waiting to be discovered. But if there’s one thing a Mars rover has to master above all else, it’s the act of, well, roving.

In a new video released by NASA’s Jet Propulsion Laboratory, the 2020 rover is seen rolling for the very first time. The short-distance drive test is a significant milestone, even if the rover doesn’t exactly break any speed records during its first crawl.

NASA, which has been broadcasting the assembly and testing of its Mars 2020 rover online for some time now, conducts all of that work in a “clean room.” This room is free of dust and debris, and is also designed to shed static electricity to prevent damage to sensitive spacecraft components.

The 2020 rover test also took place in this clean room, and as you can see in the video, engineers working on the rover project were keeping a close eye on every angle of the rover’s wheels and body.

NASA summarizes its test as follows:

The test took place in the Spacecraft Assembly Facility clean room at NASA’s Jet Propulsion Laboratory in Pasadena, California. This was the first drive test for the new rover, which will move to Cape Canaveral, Florida, in the beginning of next year to prepare for its launch to Mars in the summer. Engineers are checking that all the systems are working together properly, the rover can operate under its own weight, and the rover can demonstrate many of its autonomous navigation functions.

The project is on track for an expected launch in Summer 2020. The rover will ultimately arrive at Mars in early 2021, and NASA is currently banking on a touchdown on February 18, 2021, in the Jezero Crater on Mars. That’s when the real fun begins.