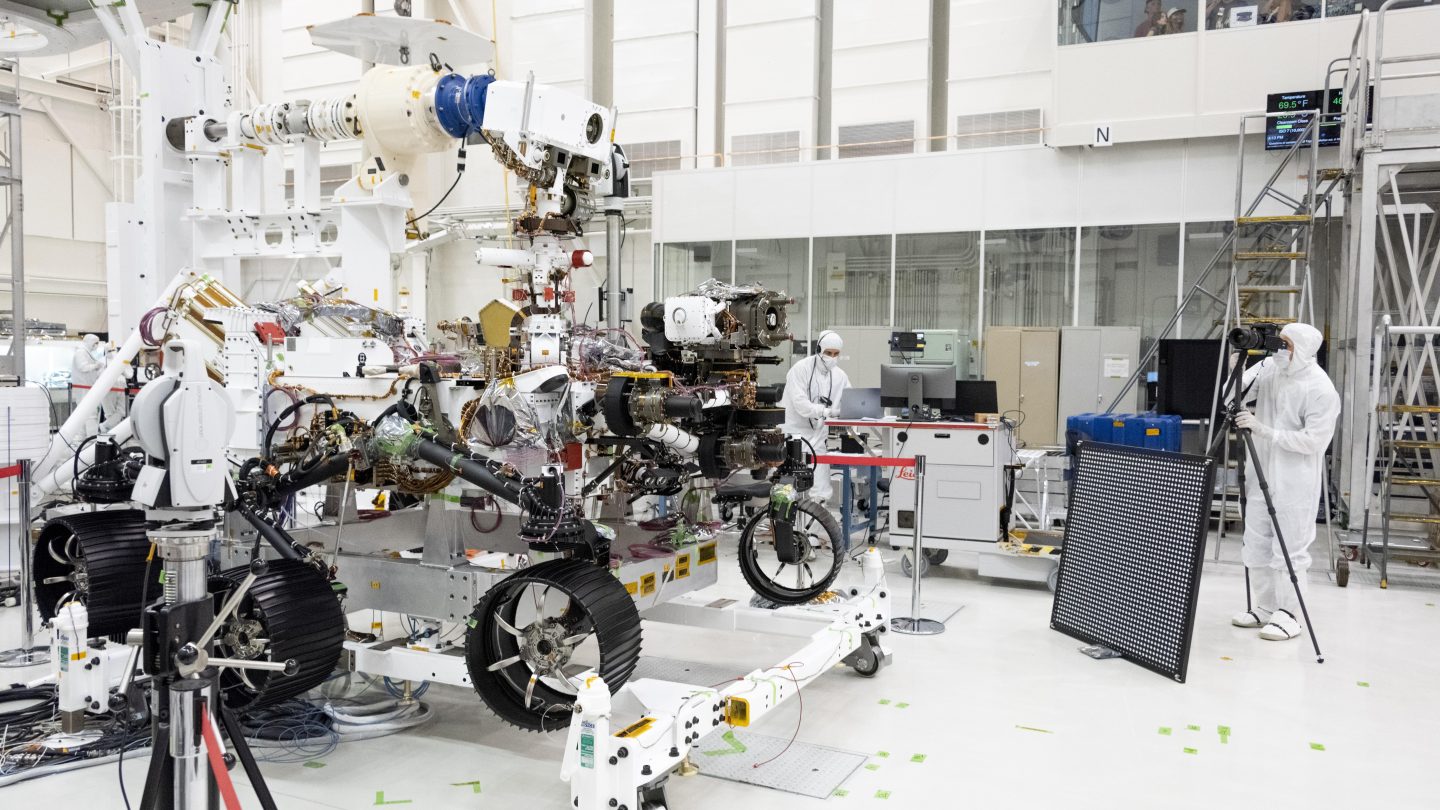 NASA’s Mars 2020 rover is now less than one year away from finally being shot skyward toward the Red Planet, and NASA engineers are hard at work, ensuring all the spacecraft’s systems function as intended. In a new blog post by NASA’s Jet Propulsion Laboratory, the agency reveals that the high-tech rover just passed a particularly intense eye exam.

The rover is packed with sensors, including lenses that will offer scientists a stunning glimpse at the Martian landscape, but before its electronic eyes received a clean bill of health they were tested on a series of dotted grids placed from 1 to 40 meters away.

Like other Mars rovers, the 2020 robot has a number of cameras that give it the ability to both gaze into the distance and spot things that are up close.

The “Mastcams” are affixed to the rover’s robotic arm, giving them great flexibility, while the hazard cameras, or “Hazcams” examine the ground immediately surrounding the rover. The Mars 2020 rover is also equipped with a powerful “SuperCam” and a pair of “Navcam” navigation cameras. With all of these cameras working in concert, there’s very little the rover won’t be able to spot.

“We tested every camera on the front of the rover chassis and also those mounted on the mast,” JPL’s Justin Maki said in a statement. “Characterizing the geometric alignment of all these imagers is important for driving the vehicle on Mars, operating the robotic arm and accurately targeting the rover’s laser.”

The Mars 2020 mission is slated to begin in July of 2020, with the spacecraft eventually arriving on Mars in early 2021. The list of goals for the mission is long, but once the rover arrives it’ll have some serious optical might at its disposal.