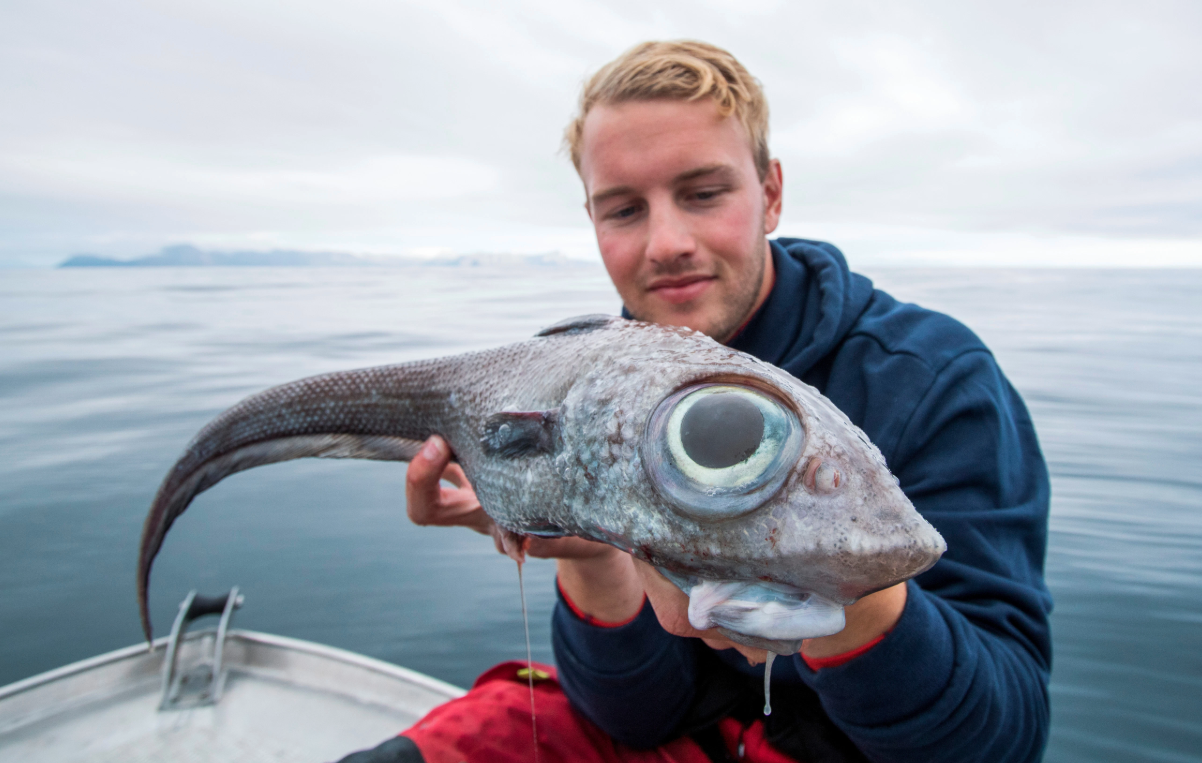 Earth’s oceans are home to an incredible number of interesting creatures, and sometimes certain species show up where you’d least expect them. That’s exactly what happened to a fisherman off the coast of Norway during a routine fishing trip that yielded a beast rarely seen near the surface.

Oscar Lundahl, a 19-year-old fishing guide for Nordic Sea Angling, was hoping to catch some blue halibut in deep water off the coast. Instead, Lundahl snagged a ratfish, and if you didn’t know better, you might think it was something from another dimension.

Lundahl was fishing at a depth of over 2,500 feet at the time, and in an interview with The Sun he explained that it took him a full half-hour to reel the fish to the surface. Once he finally got a look at it, he was shocked. With two massive, bulging eyes and a bizarre, eel-like tail, it was like nothing he’d seen during his young career on the high seas.

“It was pretty amazing. I have never seen anything like it before,” Lundahl told The Sun. “It just looked weird, a bit dinosaur-like. I didn’t know what it was but my colleague did.”

Unfortunately, the fish didn’t survive the ordeal. Deep-sea creatures that end up snagged on fishing nets or, in the case, a hook, rarely live to tell the tale. There’s such intense pressure in their native habitats that, when they’re yanked to the surface, their bodies simply can’t handle the strain.

This unlucky ratfish didn’t go waste, however, as Lundahl says he actually filleted and fried the fish, calling it “really tasty,” according to The Sun.