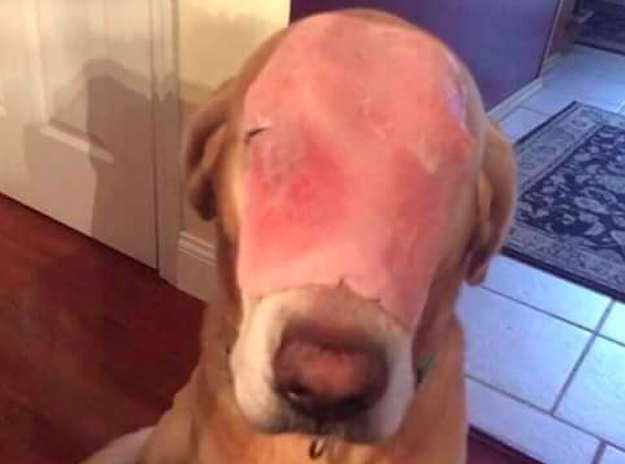 There have been plenty of incredibly stupid memes in 2015, but this might take the cake. On December 23rd at 5:35 p.m., a Facebook user named Stephen Roseman posted an image of a dog with the following caption: “This poor dog was badly burned and disfigured trying to save his family from a house fire.”

A flood of likes, shares and prayers came in for the “poor dog,” and within hours, the post had gone viral.

DON’T MISS: Here’s the viral video showing what happens when you mix Coke and bleach

Sounds like a tragic story, right? Here’s the dog in question:

What’s especially entertaining is watching realization slowly dawn on people who take posts like this seriously. Some Facebook users are genuinely furious at Roseman for “tricking” them with the image (which, in case anyone needs a reminder, looks a whole lot like a dog with a piece of lunch meat on its head).

I have a new New Year’s resolution: find a way to delete Facebook off the Internet.