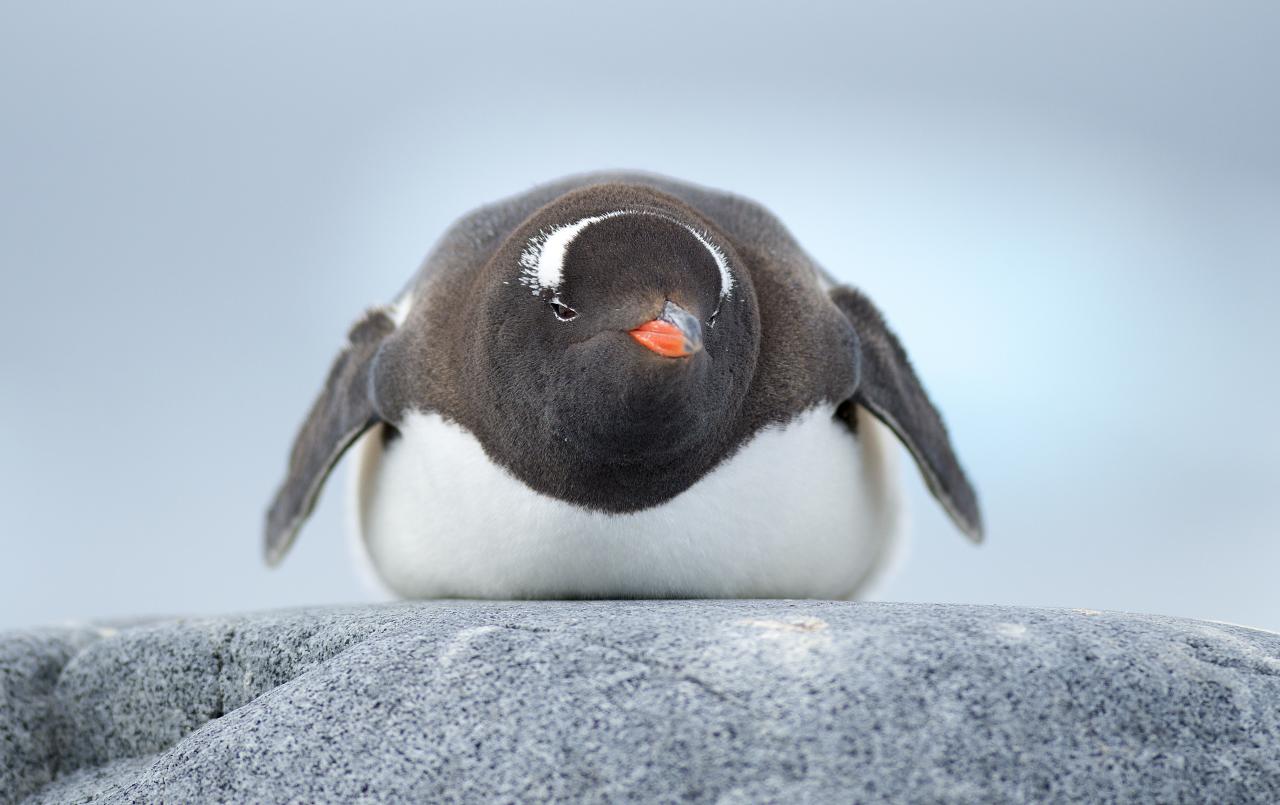 Keep tabs on various animal species can often be quite difficult for researchers. Sometimes the creatures are predictable, while other times they can pop up in the most unexpected places. That appears to be the case with a newly-discovered super-colony of Adélie penguins which, thanks to the incredible size of the group, was actually spotted from space. A paper on the discovery was published this week in the journal Scientific Reports.

While the birds are a staple of the Antarctic Peninsula, researchers believed that their total population has been dipping in recent years. The finding of over 1.5 million of the animals in a previously-unknown colony in an area called the Danger Islands is helping to change that.

Researchers saw the first hints of the penguin population back in 2014 after scouring some NASA images gathered via the Landsat satellite program. The animals themselves weren’t clearly visible in the medium-resolution images produced by the satellite, but their poop caught the eye of scientists searching for penguin activity. The incredible amount of guano generated by the huge horde of birds was enough evidence to warrant further examination of the area, which lies off the northern tip of the peninsula.

Using drones to further survey the region, the team discovered over 750,000 pairs of the penguins all living in the same remote area. This was a particularly interesting discovery because the Danger Islands weren’t previously thought to be home to any significant population of sea birds.

“Not only do the Danger Islands hold the largest population of Adélie penguins on the Antarctic Peninsula, they also appear to have not suffered the population declines found along the western side of Antarctic Peninsula that are associated with recent climate change,” Michael Polito of Louisiana State University, and co-author of the work, explains.

The biggest question that remains unanswered is why the penguins have taken up residence there, and in such huge numbers. The data gathered by the research expedition will be helpful in painting a clearer picture of how penguins on the Antarctic Peninsula are dealing with the effects of climate change, including the loss of sea ice and shifting temperatures.