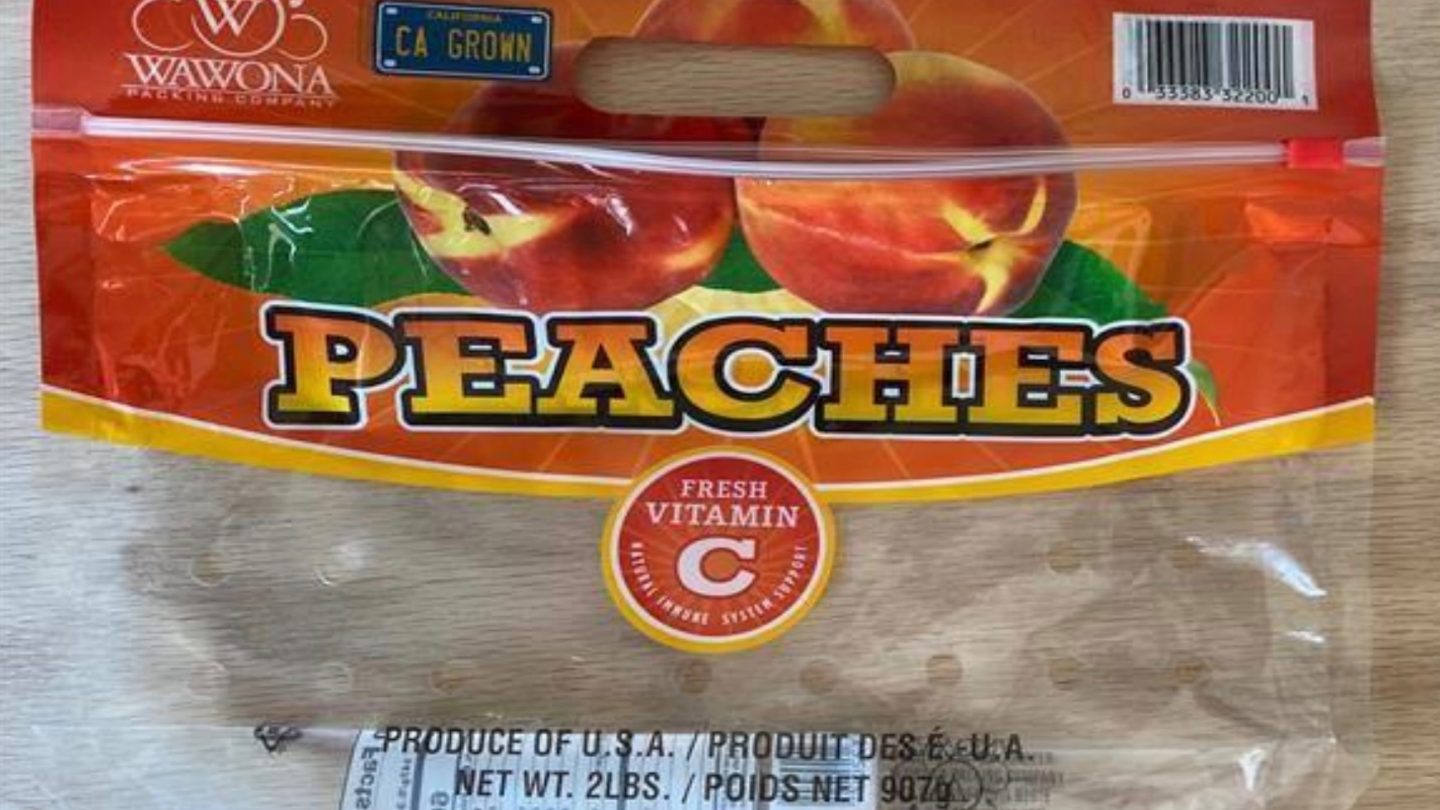 Remember that peach recall from a week ago? At the time, the only products that appeared to be affected by the potential salmonella contamination were Wawona Packing Co. peaches sold at Aldi stores. In the days since that initial recall was announced, the number of products included in the recall has boomed, along with the number of stores affected.

In a new update from the FDA and CDC, all peaches supplied by Prime Wawona or Wawona Packing Co., are now being recalled. Unfortunately, that also means a whole bunch of new stores are being forced to yank the peaches from their shelves, including big dogs like Walmart and Target.

Straight from the FDA bulletin, here are the products and codes that are part of the new, expanded recall:

The contaminate, salmonella, has so far been blamed for 68 confirmed infections across the states of Iowa, Maryland, Michigan, Minnesota, New Jersey, New York, Pennsylvania, Virginia, and Wisconsin, though the peaches themselves are distributed nationwide. Of those confirmed infections, 14 people have had to be hospitalized due to more serious reactions. No deaths have been reported.

If you have any of the products listed above, you are advised to either throw them away immediately or return them to the store you purchased them from for a full refund. After doing so, you should sanitize any surfaces the peaches may have touched, including bowls and countertops. Restaurants are also advised to avoid serving any of the potentially contaminated peaches to their customers.

The CDC and FDA are continuing to investigate the source of the contamination itself, though at this time there’s no official word. When these kinds of things happen, a source can often be difficult to track down, especially if the contamination happened during the harvesting process, or before. In any case, we should eventually find out where and how the fruit was tainted, but it might be a while.

In any case, if you find yourself feeling ill and believe you may have eaten a tainted peach, you should contact your healthcare provider promptly. Salmonella infections can produce a variety of symptoms including cramping, vomiting, nausea, and even bloody diarrhea. Children, the elderly, and those with compromised immune systems or other conditions are at a higher risk of serious health consequences.