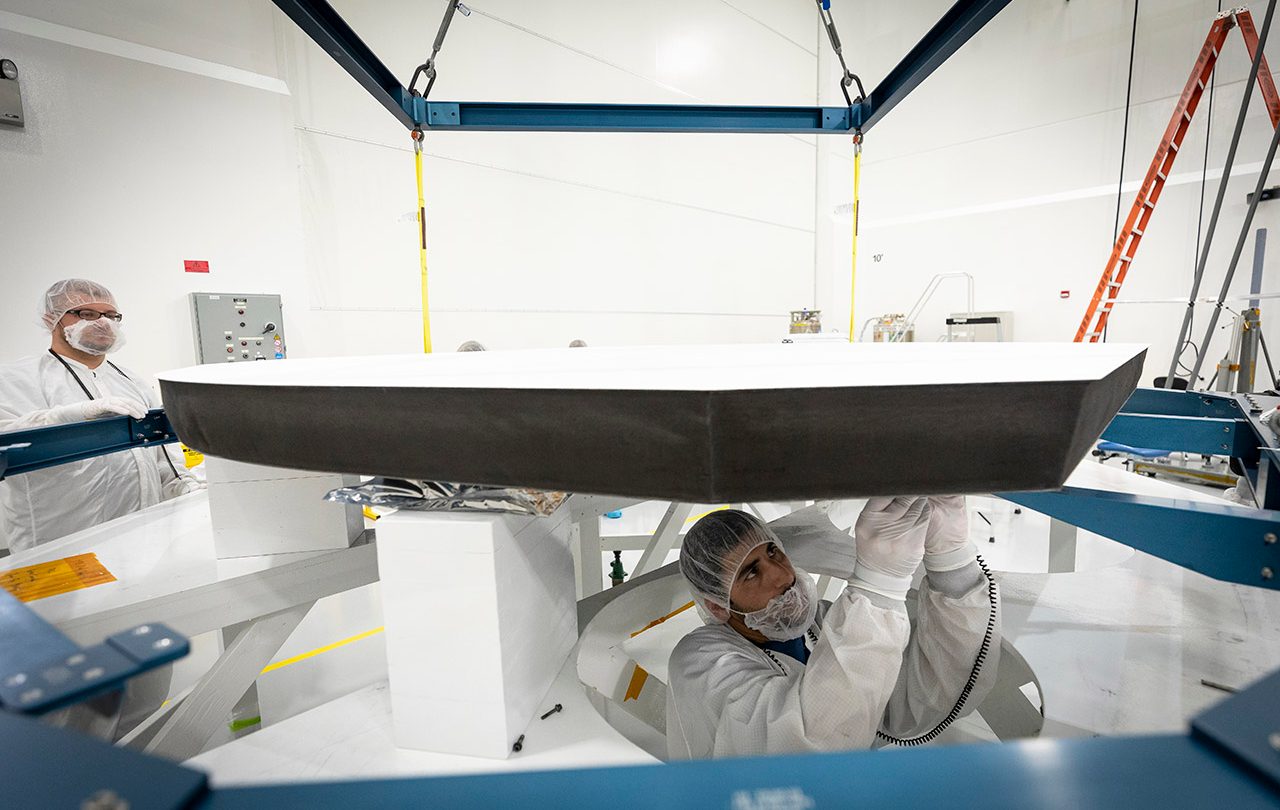 The Parker Solar Probe is going to get close to the Sun than any spacecraft mankind has ever launched into space. It’s going to study our star in unprecedented detail and hopefully provide scientists with some important insight into how it all works… but first it has to survive the trip and insertion into the Sun’s orbit. That’s going to require a mega-super-ultra-thick heat shield, and wouldn’t you know it, NASA has one!

In a new post on its website, NASA shows off the incredibly beefy heat shield that it is installing in the probe, and it really gives you a good idea of just how strong it’s going to have to be to brush off the incredible heat of our star.

I mean, just look at that thing. That’s nearly five inches of carbon shielding painted with a white coating to reflect as much heat as possible. The core of the heat shield is carbon foam which NASA says is mostly air.

“The heat shield itself weighs only about 160 pounds — here on Earth, the foam core is 97 percent air,” NASA explains. “Because Parker Solar Probe travels so fast — 430,000 miles per hour at its closest approach to the Sun, fast enough to travel from Philadelphia to Washington, D.C., in about one second — the shield and spacecraft have to be light to achieve the needed orbit.”

At its closest point, the probe will come within 3.9 million miles of the Sun. That might sound like a pretty safe distance, but temperatures at that distance will still be hot enough to melt steel. NASA says the probe has to be prepared to endure temperatures of 2,500 degrees Fahrenheit, but the heat shield will keep the heat down to a much more comfortable 85 degrees Fahrenheit.

The probe is scheduled to be launched in early-to-mid August after its original launch window of late July was recently pushed back.