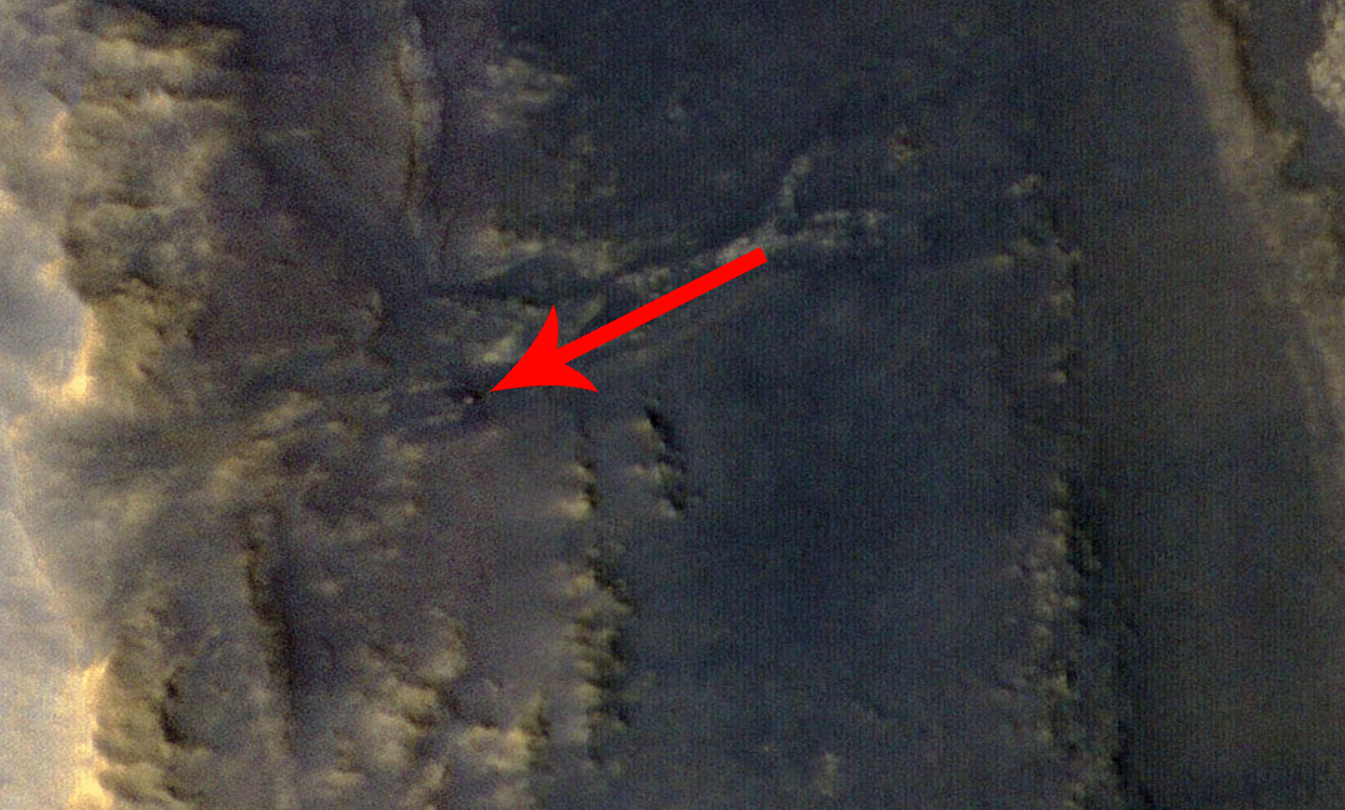 It’s now been several months since NASA’s Opportunity rover fell silent. A massive dust storm on Mars shrouded the planet in darkness and cut off Opportunity’s ability to generate solar power. It entered a hibernation state while it waited for the skies to clear, and while the dust storm has long since passed the rover has yet to actually wake back up.

As luck would have it, NASA’s Mars Reconnaissance Orbiter (MRO) just happened to be in the right place at the right time and took a quick snapshot of the area of the Martian surface where Opportunity last communicated from. The photo, which doesn’t offer much of an explanation as to why the rover has failed to snap out of its funk, does still hold some clues as to the rover’s potential future.

Let’s start with the good news: it’s still there! Okay, so the dust storm obviously wouldn’t have been intense enough to actually drag the heavy rover to a new area or tear it apart, but the fact that the robot is still clearly visible from a height of over 160 miles means that, at the very least, it wasn’t buried under a drift or mound of dusty soil.

That being said, the bad news is that it’s difficult to tell from the photo just how much debris might still be obscuring Opportunity’s solar panels. Is there just a light sprinkling of dirt which sunlight could penetrate or are they caked with dust to the point that the rover is now effectively dead? We just don’t know. It’s clear from the photo that sunlight is striking the robot, but whether that light is actually getting to the solar panels is still a mystery. 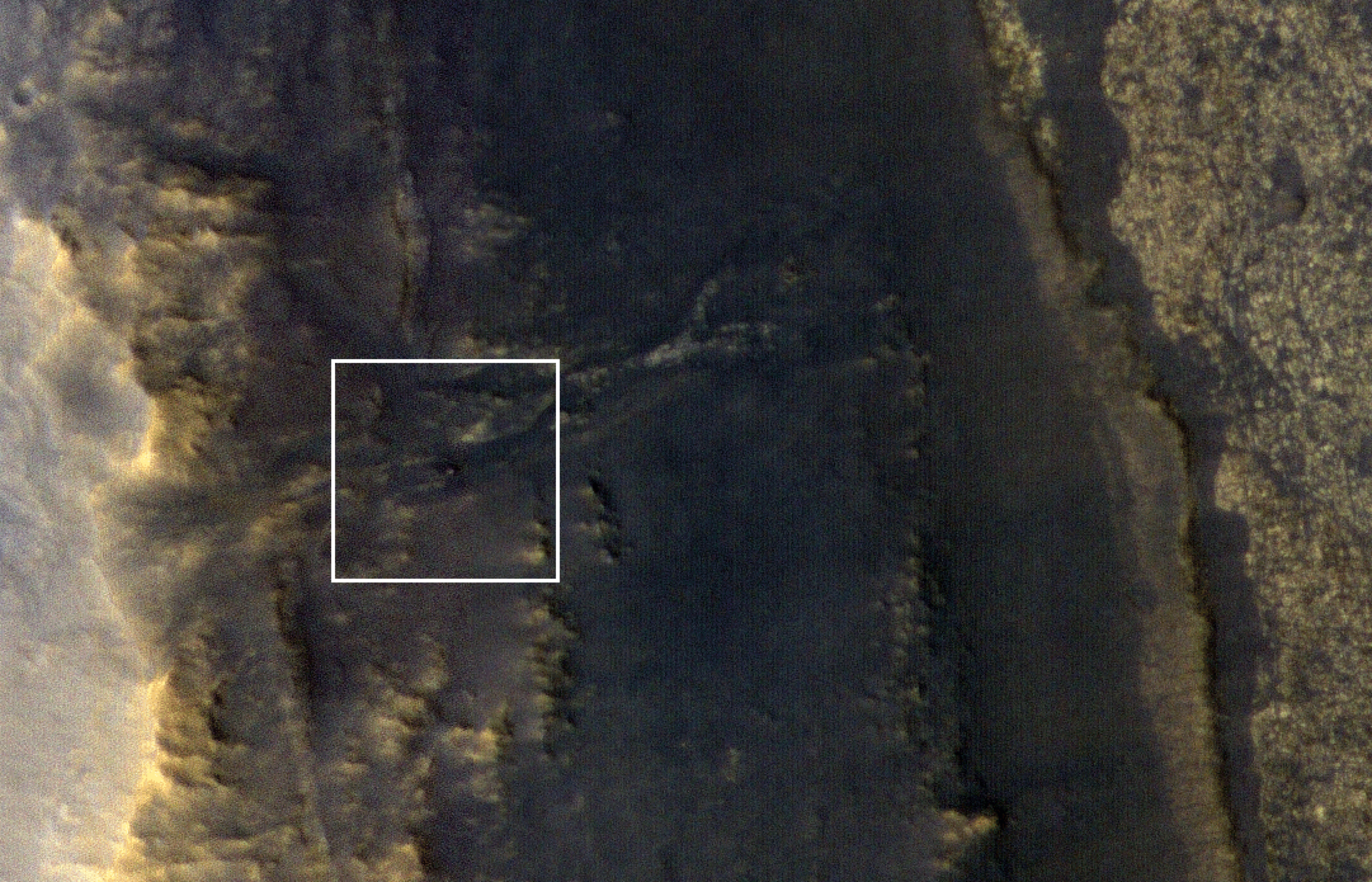 Likewise, even if the panels are soaking up energy from the Sun, whether that power is actually charging anything is unknown. Keep in mind that Opportunity was only intended to last a few months on Mars. It’s since spent well over a decade performing various scientific experiments and observations, and its batteries are certainly not what they used to be. If the extended downtime and frigid temperatures from the dust storm caused damage to the batteries they might not be able to charge at all, rendering the robot dead.

NASA is currently conducting a sort of last-ditch effort to keep the Opportunity mission going, and it has given the robot a deadline to wake back up. The rover has about a month left before NASA essentially throws in the towel and moves on, but the Opportunity team will continue sending messages to it until its time runs out.