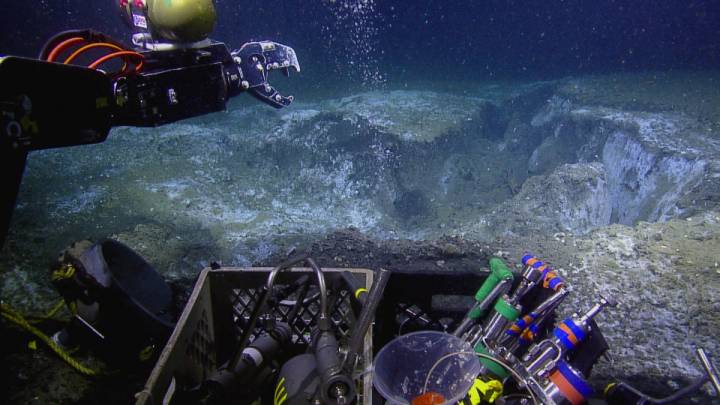 NASA loves looking for cool stuff in space, but every once in a while something from space ends up here on Earth. That was the case with a bright meteorite which splashed down in the Pacific Ocean back in early March of this year, and scientists are going to spend the day searching for it.

An exploration vehicle called Nautilus will scour the depths for chunks of the meteorite, hoping to find fragments that survived both the plunge through Earth’s atmosphere as well as the collision with the ocean’s surface. And, in a pretty awesome development, the entire thing is going to be streamed live for all of us to enjoy.

The remote underwater vehicle has already launched from its mother boat, and it’s on the hunt for meteorite remnants that could prove incredibly valuable for researchers if recovered. You can watch the first-person view of the main remotely-operated vehicle (ROV) live here:

And a secondary channel showing off the secondary remote vehicle can be seen here:

The two ROVs, named Hercules and Argus, will travel down to the ocean floor below the area where the meteorites are thought to have splashed down. Obviously, searching for a space rock on the seafloor is a challenging task, but the scientists onboard the Nautilus have a pretty good idea of what such a rock should look like. The biggest hurdle for the expedition at the moment is hoping that whatever remained of the meteorite when it hit the water hasn’t broken down from its months soaking in the ocean.

The live streams promise to be pretty interesting, and even if the researchers don’t manage to snag a chunk of meteorite, we’ll still see some interesting sights from the ocean floor. The stream will also feature commentary and insight from the scientists involved with the mission, so you might even learn a thing or two!