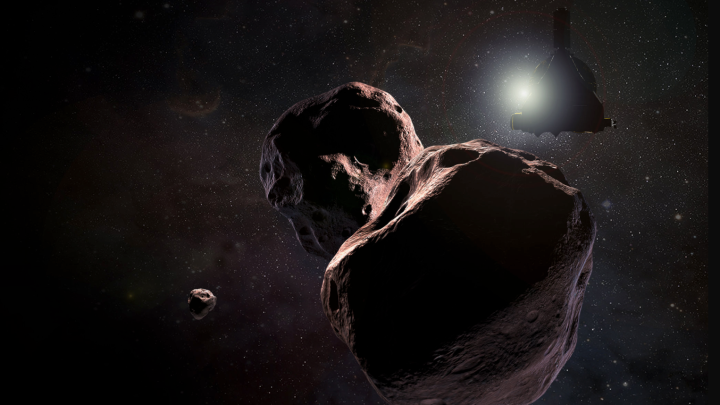 The last we heard of NASA’s New Horizons probe was when NASA released a set of photos taken at the farthest point any spacecraft has ever captured an image (3.79 billion miles, in case you were wondering), but things have been quiet for a number of months. That’s because the probe had been placed in a hibernation mode to conserve energy as it travels towards the edge of the Solar System.

Now, after roughly six months of doing nothing but occasionally checking in with its handlers here on Earth, New Horizons is awake again, and it’s preparing to wow us with some brand new photos.

The probe is currently cruising near the Kuiper Belt, which is the massive ring of various-sized objects that orbits the Sun at an even greater distance than Neptune and near Pluto. Some of the rocky bodies in the Kuiper Belt (called KBOs, or Kuiper Belt Objects) are massive, the largest being Pluto itself, but there are also asteroids and comets of varying sizes. One particularly interesting KBO is called Ultima Thule, and that’s NASA’s next target for the New Horizons camera.

“Our team is already deep into planning and simulations of our upcoming flyby of Ultima Thule and excited that New Horizons is now back in an active state to ready the bird for flyby operations, which will begin in late August,” Alan Stern of the Southwest Research Institute, Principal Investigator for the mission, said in a statement.

But before NASA can tell the aging probe to begin snapping it needs to go through a hole laundry list of checkups. Scientists will send memory updates to the spacecraft and gather data about how its systems are performing. Once that is complete they will prepare for the first far-off observations of Ultima Thule so they can better navigate towards it in anticipation of an up-close-and-personal visit.

New Horizons might be over a decade old, but it still has a lot of work left to do. The spacecraft is expected to remain up and running through 2020 in order to deliver as much scientific data about Ultima Thule and other Kuiper Belt objects as possible. Is power source will eventually be depleted sometime after 2026.