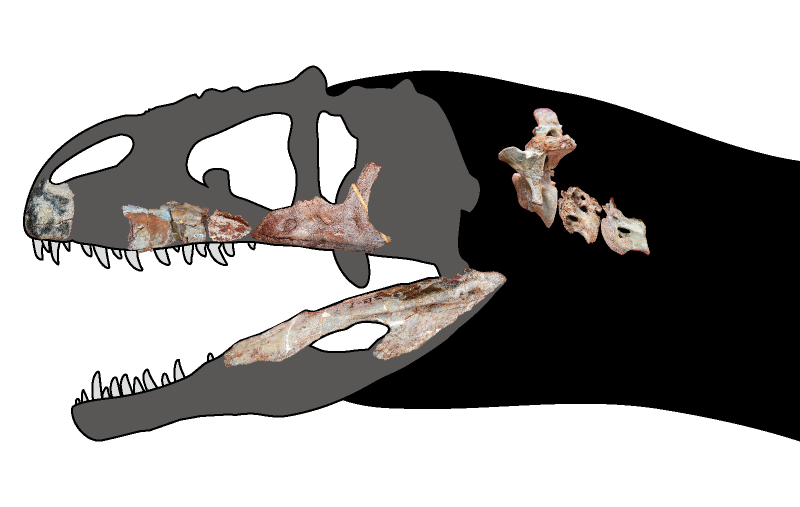 Museums around the world are filled with stunning fossil displays that show complete — or near-complete — specimens of creatures that lived long, long ago. But finding fossils isn’t easy, and uncovering complete skeletons is even harder, often leaving paleontologists with only a handful of bones with which to identify an ancient animal.

That was the case for a team of scientists in Thailand who only needed 22 bones to realize they had discovered an entirely new species of carnivore. The animal, formally named Siamraptor suwati, was a fierce predator with teeth similar in design to sharks, and you definitely wouldn’t have wanted to get on its bad side.

The newly-discovered dino, which would have measured some 25 feet in length, is part of a group of ancient predators called carcharodontosaurids, which were notable for their large size and dagger-like teeth. Like their close relatives in the allosaur family, the animals would have been apex predators during their stint on Earth in the Cretaceous period.

The discovery helps to fill in some gaps in the fossil record in Southeast Asia, where these types of dinosaurs had not yet been discovered. As National Geographic notes, the Japan-Thailand Dinosaur Project had already discovered a pair of new herbivore dinosaurs before uncovering the fossils of this new predator.

The 22 fossils the team unearthed are believed to be from at least four different individual animals. Each bone is like the piece to a larger puzzle, telling researchers how large the creature was and how closely it was related to other species. In this case, it matches up well with other carcharodontosaurids, and the dating of the bones told the scientists when this behemoth predator ruled the land.

The scientists hope that the discovery of such an impressive ancient predator will help jumpstart fossil hunting in the country, which isn’t exactly a hotspot for paleontology.