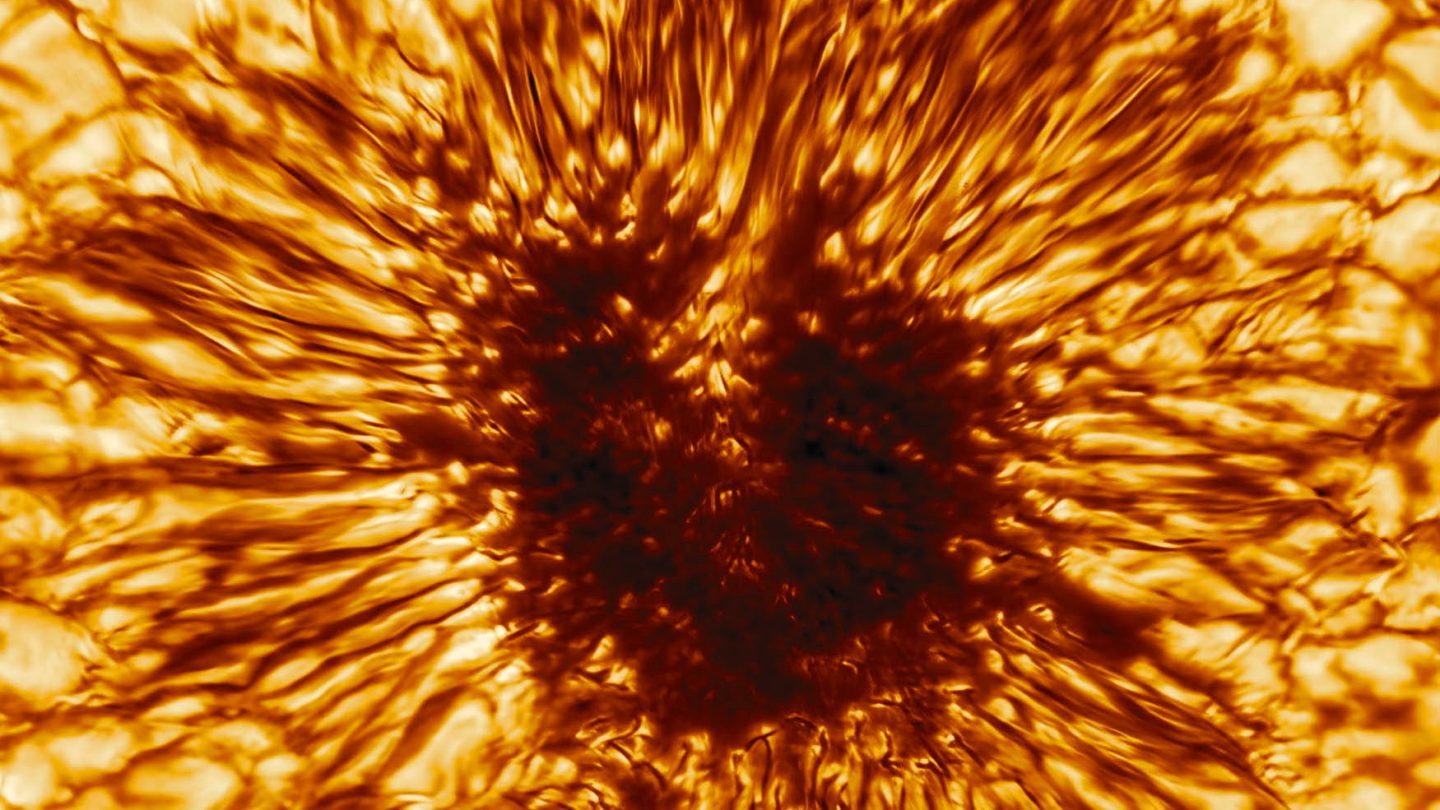 Sunspots are planet-sized regions on the sun’s surface that have increased magnetic shields and often appear dark or black on the surface of our star. These spots are often the originating point of coronal mass ejections or solar flares, which unleash solar energy into space. Now, an amateur astrophotographer has captured the peak of one of these spots in a breathtaking sunspot time-lapse.

The time-lapse was captured by Şenol Şanlı between December 2 and December 27, 2022. The video follows an evolving cluster of sunspots known as A3176 and A3153, the former is located in the sun’s northern hemisphere, while the latter resides in the sun’s southern regions. To hone in on the target sunspots during the time-lapse, Şanlı digitally removed other sunspots in the footage.

He then shared the time-lapse on his Instagram. The time-lapse is especially interesting because it allows viewers to track the evolution of these two sunspot groups accurately. In December of 2022, astronomers detected more than 113 active sunspots, some of which unleashed dangerous solar flares toward Earth during that time, causing dangerous solar storms on our planet.

As the sun continues to peak during its solar cycle, it is likely we’ll only see more of these sunspots appearing on the sun’s surface, and many of them even explode in solar flares of coronal mass ejections. Suppose you’re interested in learning more about the evolutionary process that sunspots go through or geek out for anything like this. In that case, I highly recommend checking out the sunspot time-lapse yourself.

Astrophotographers like Şanlı continue to deliver breathtaking visuals of our solar system’s various planets. Some have even taken us a step beyond our solar system to look at stars within the galaxy and universe beyond. As we continue into the year, we will likely see more active sunspots like these groups appearing all across the sun.