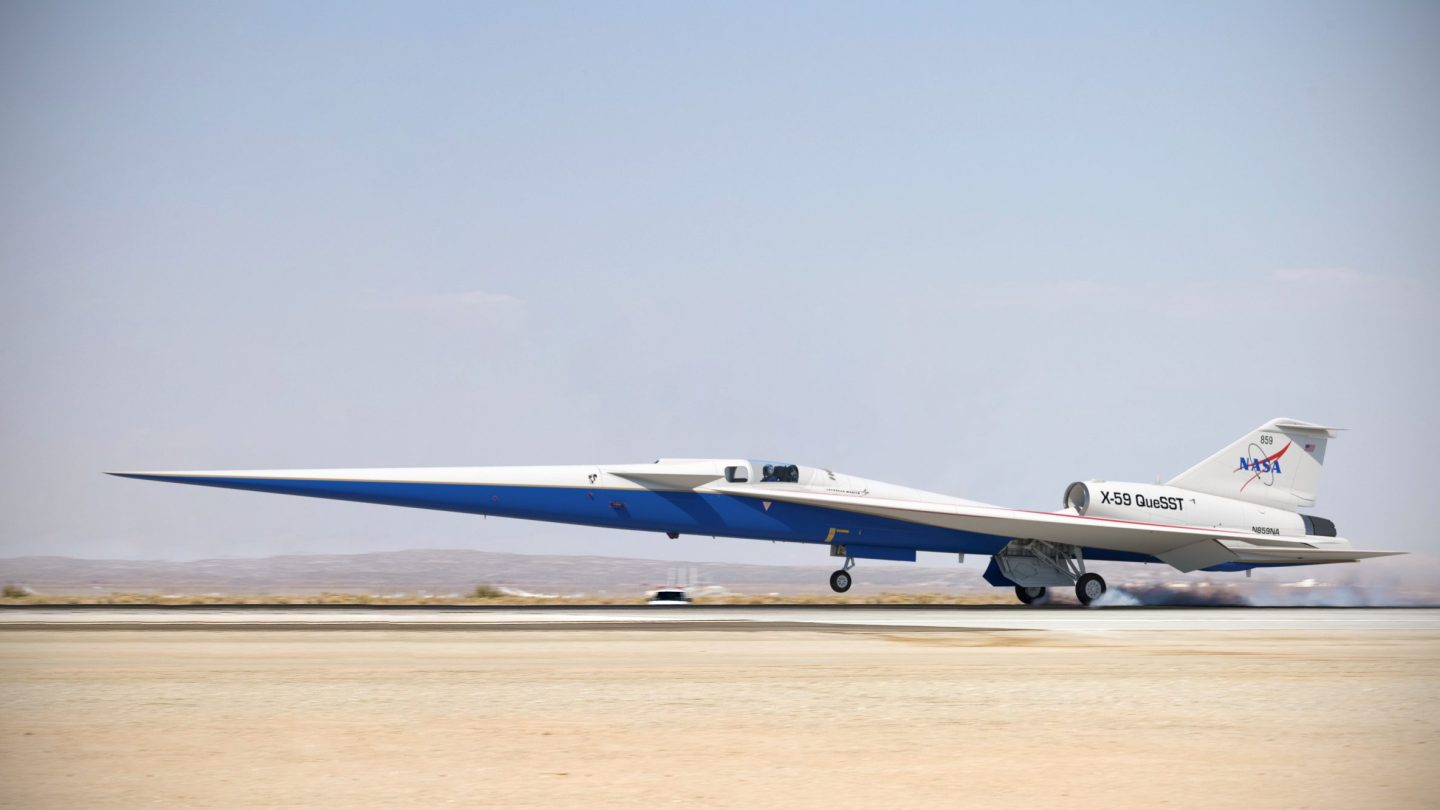 Supersonic air travel is something NASA has been working to perfect for some time. We already have the technology to push aircraft beyond the speed of sound, of course, but there are still a number of problems that engineers have been working to tackle, including the deafening sound that an aircraft produces when it’s traveling at such speeds.

Now, with its X-59 QueSST (Quiet SuperSonic Technology) aircraft project coming along rapidly, NASA has approved the final assembly of the high-tech plane. The aircraft looks absolutely wild, but its design should allow it to travel at incredible speeds while being much less disruptive to anyone hanging out below.

Typically, an aircraft breaking the sound barrier produces a roaring boom that travels for a great distance. It’s not just loud; it can also be destructive, shaking (or shattering) windows and generally scaring the heck out of anyone unlucky enough to be caught in its path.

This was one of the major criticisms of the Concorde, a passenger jet that was capable of breaking the sound barrier. It was good at its job, but it produced no shortage of complaints from people living near airports where the planes departed from. The X-59 hopes to change the negative reputation of supersonic aircraft with a design that mitigates the boom and produces little more than a soft “thud.”

“It will be flown above select U.S. communities to generate data from sensors and people on the ground in order to gauge public perception,” NASA explains. “That data will help regulators establish new rules to enable commercial supersonic air travel over land.”