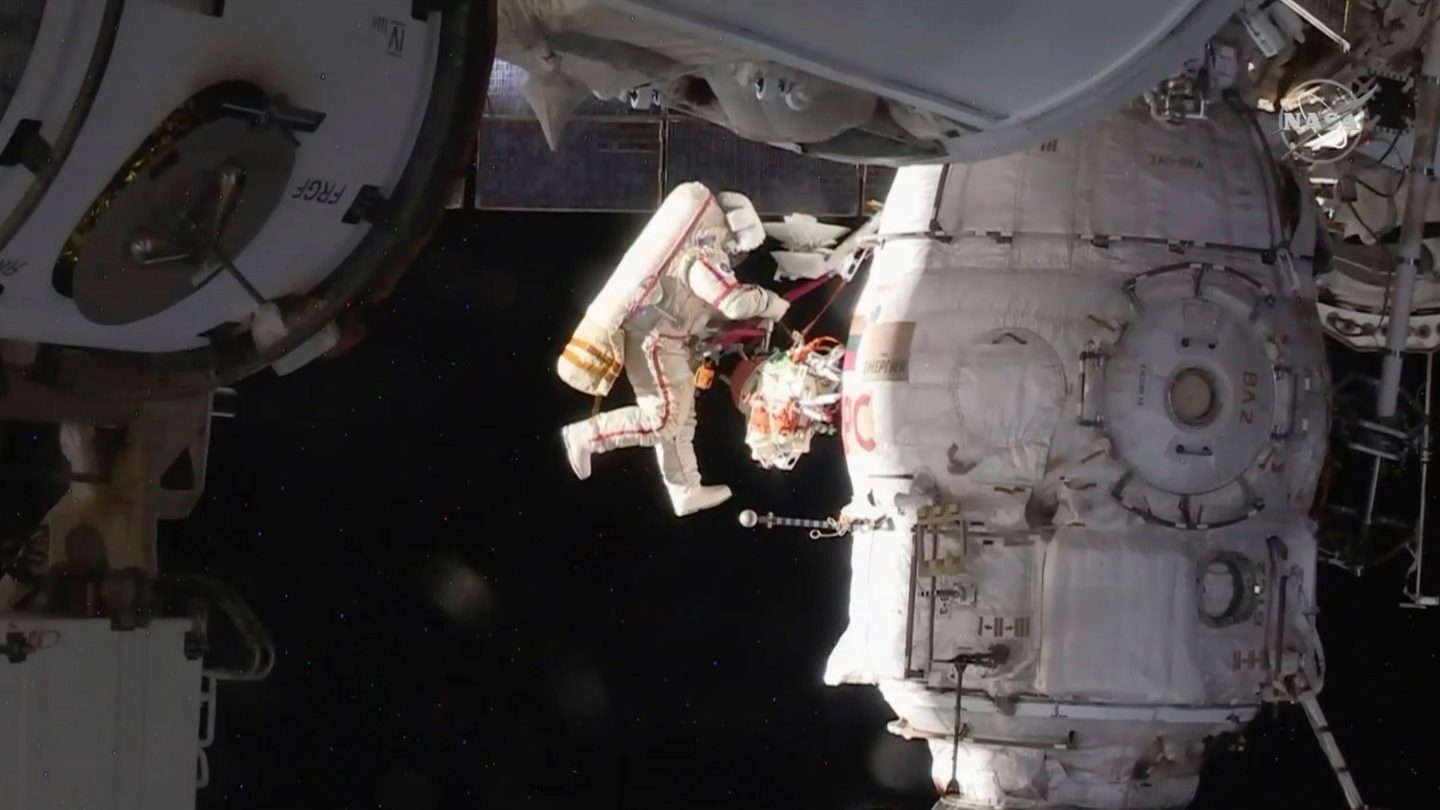 NASA was forced to cancel a planned all-female spacewalk this week, replacing astronaut Anne McClain with fellow ISS resident Nick Hague due to a lack of available space suits in the correct sizes. The space program has gotten a lot of (largely undeserved) criticism for the situation, but the show must go on, and the spacewalk is happening right now.

Nick Hague and Christina Koch, both new ISS inhabitants that arrived at the space station earlier this month, are currently outside the spacecraft for a day of work. The pair are installing components that will allow the space station’s new batteries to be charged via its large solar array, storing vital power for the space station.

The pair, being guided in their work by handlers back at NASA headquarters, will spend the day floating alongside the exterior of the ISS, handling the hardware that will power the space station in the near future. The spacewalk is expected to last several hours, and the entire thing is being streamed live via NASA’s YouTube channel, which you can see above.

NASA’s last-second roster change for the spacewalk was due to spacesuit sizing issues with the two female astronauts who were supposed to be a part of it. Christina Koch, who wears a medium sized suit, was to pair up with McClain who was trained in both medium and large sized suits.

However, during McClain’s first spacewalk it became clear she was more comfortable in the medium sized suit and, while the ISS does have two medium suits on board, preparing the backup suit for use wasn’t possible on such short notice.

This decision was based on my recommendation. Leaders must make tough calls, and I am fortunate to work with a team who trusts my judgement. We must never accept a risk that can instead be mitigated. Safety of the crew and execution of the mission come first. https://t.co/VU9QNaHHlK

This, predictably, caused plenty of outcry online and elsewhere. NASA maintains that space suit preferences often change once an astronaut like McClain has tried them on in space, and in this case McClain isn’t comfortable using the large size suit. McClain has also fired back at critics of NASA, noting that safety is the top priority, and that the decision to change the spacewalk lineup was ultimately her own recommendation.